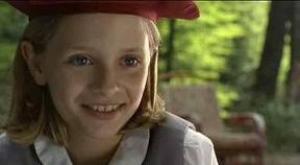 Australian director John Duigan showed a particular flair and lightness of touch in dealing with younger actors in the fine coming-of-age drama, The Year my Voice Broke, and he again handles the difficult terrain with aplomb in the brilliant Lawn Dogs. Duigan, like Terrence Malick, is a philosophy major and the depth and tenderness with which he frames the existentialist crisis at the heart of the film is marked, made more surprising by the fact that it’s the existential crisis of a 10 year old girl! Mischa Barton takes the central role of Devon and simply delivers one of the finest child acting performances in modern cinema, sparking off the brilliant Sam Rockwell in one of his notable early career roles. The British produced, American located film, bloodlessly probes the suburban dream of the middle class walled estate and it’s attendant psychological traps, via the unlikely friendship between a dreamy-eyed young girl and a working class labourer, as one unlikely prisoner seeks to destabilise from within, and another seeks escape.

Devon is a 10-year-old girl with ‘aspirational’ parents, who plot to improve their status in the pretentiously named, gated community of ‘Camelot Gardens’ in suburban Kentucky. Trent (Sam Rockwell) is a gardener who works on the estate, but lives in a trailer in the poor part of town. Devon and Trent develop an unlikely friendship, both intuitively recognising each other’s outsider sensibilities. Trent is victimised by the preppie young men who live lives of privilege and boredom within the walls, and is also made fun of by Devon’s dad, Morton (Christopher McDonald). Devon lies to her parents in order to spend time with Trent, as the two show each other their scars, both literally and metaphorically, until the societal disapproval of their liaison crashes headlong into their own hermetic world.

Devon’s preternatural insight into the world is a consequence of her coming into contact with her own mortality at an early age. A heart condition necessitated an operation, which has left a massive scar in the middle of her abdomen, and some doubts about life’s certainties in the middle of her psyche. She quietly rebels against her parents expectations, “you’re the perfect little saleswoman” they tell her as they send her off to sell cookies in the neighbourhood, not noticing she’d substituted a fly for a currant on one of the biscuits. In a devastating sequence involving her parents trying to ingratiate themselves into the community, we see Devon take down her pants and secretly urinate on her father’s expensive car! A hint is dropped as to the past trouble Devon has caused, the reason why the family has moved to the new neighbourhood, “Remember honey, this is the new Dev, no need to tell your friends about the old Dev”, her father nervously pleads. Devon rejects her parents world and it’s superficialities, witnessing her mother’s betrayals she mentally constructs an alternate reality.

The myth of America as a classless society is examined in the character of Trent. “People say you’re trash”, Devon tells Trent, as the pair construct their own ‘walled’ community of two. Trent collides with the reality of his social position on a daily basis in Camelot, subtly harassed by the security guard, while used as a ‘rough trade’ sex option by the suburban princesses. Trent dreams of escape, neatly captured in a visual sequence where he sheds his workman’s clothes to dive naked off a bridge in front of incredulous locals, washing off the smell of Camelot. Devon is shown as a kindred spirit in shedding her clothes to sit naked on her roof at night, gazing at the stars. Devon also tells Trent “Daddy says anyone that works hard can be rich”, but Trent’s reality puts paid to that lie. Duigan introduces some deft visual touches, in the opening ‘dance of the lawnmowers’, and in the closing fantasy sequence, which anticipates the ‘magical realism’ genre by several years.

For all the films honesty, it’s Devon’s cool awareness that sticks in the memory, and Barton’s deathless portrayal of the young girl’s clear-eyed assessment of life. Devon constructs a ‘fairy tale’ motif to explain and augment her existence, even though she specifically tells Trent, “I’m not a princess”. Her brush with death has mentally freed her from blindly succumbing to the prison of her parent’s fate, and eventually it inspires Trent to live up to his own dream, rather than live in the cage that society has constructed for him. Trent can’t articulate the level of his own existentialist angst, but Devon fills in the narrative as she narrates his unexpected escape.

Only Sam Rockwell capitalised on the promise shown by Lawn Dogs, going on to stand out roles in many fine films, like Confessions of a Dangerous Mind, The Assassination of Jesse James and Moon. Duigan’s career has since been undistinguished and Barton reminded us that the transition from great child actor to adulthood, with talent intact, is a mysterious and difficult one. Lawn Dogs is a great film about the hidden things, some nasty, some hopeful, but it’s mostly about how we need to find the wisdom to discriminate on what to value, and then on how find and define meaning in our lives. An underrated gem. 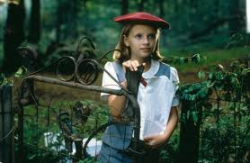 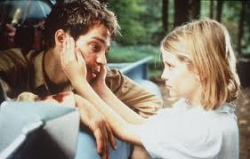