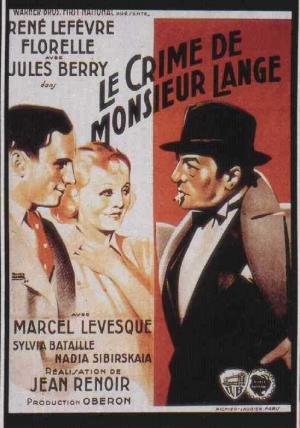 'The saving grace of the cinema is that with patience, and a little love, we may arrive at that wonderfully complex creature which is called man.'
~ Jean Renoir

The Crime of Monsieur Lange was made as part of a collective intellectual push from the left to support the coalition that was voted to government in 1936 known as Front Populaire. Like many people in the 30s (including over a quarter of a million Americans who were party members) Jean Renoir hoped that communism would point the way to a better and more inclusive future than capitalism had managed. The horrors of Stalin’s gulags were yet to be widely revealed and left’s struggle against Franco in Spain went on concurrently with Italy and Germany already under the fascist heel. Jacques Prevert wrote the screenplay with Renoir and soon went on to major collaborations with Marcel Carné, so M. Lange comes at, or near, the beginning of what would be categorised as ‘poetic realism’, which is probably best marked as beginning with Jean Vigo's remarkable L'Atalante in 1934.

The story begins with a man and a woman seeking a room at a small remote hotel, near a border, that they intend to cross the next morning. As the couple retire for the night the assembled group of locals realise that the man is the same one on the front page of their newspapers, wanted for murder in Paris. The group discusses calling the police and are interrupted by the woman Valentine (Florelle), who makes a defence of the accused M. Lange while he sleeps. This device enables Renoir to conduct a de-facto proletarian trial, in effect bypassing the legal instruments of state and placing issues of justice into the hands of the ‘common’ people. The events leading up to the murder are told in flashback as Valentine relates the travails and foibles of a group of people in shared accomodation, centred around a small publishing business run by the charismatic but unscrupulous Batala (Jules Berry).

The titular character is played by Rene Lefevre as a timid fantasist, a dreamer, easily exploited by the whirlwind personality of Batala. Lange has written a cowboy adventure character, Arizona JIm, and after having Batala reject it and condemn him to menial jobs around the publishing business it suddenly becomes a hot property as a way of Batala staving off an ardent creditor whom he’s swindled. Batala continues to use up all the resources and funds for his own end, even resorting to pimping his secretary to his creditor to gain favour, with a knowing line about ‘swallowing… your pride’ being quite bracing to hear in a film made in 1935! Batala publishes Arizona Jim, but dilutes the text by having Jim use the pep pills of Batala’s investor as a way of advertising the product. Essentially Batala is the uber-capitalist, played with a degree of delicious cartoon villainy but with the clear knowledge that this kind of rapacious behaviour is at the core of worker exploitation. Everything is for his personal use, including naive writers and start-struck young girls, one of whom Batala gets pregnant.

Reality closes in on Batala and he flees his creditors, last seen on a train with a priest, true to form, coveting the respectability afforded by the priestly garment. The train crashes, Batala is reported to be dead. The workers at the publishing house manage to salvage the business by forming a co-operative, and continue publishing Arizona Jim, which becomes a big hit, the profits of which they all share in, and a feature film is planned.. Lange finds happiness with laundry girl Valentine and the future looks rosy. Batala returns in the priests outfit, having traded places in the crash and let’s Lange know he intends to claim everything back, sure he can manipulate the laws and moneymen, who are after all ‘his’ people, and take over the business again. The capitalist in priestly garb is obviously a comment on the complicity of the clergy as a de facto instrument of state in capitalist oppression. As Batala attempts to seduce Valentine Lange commits the murder and the couple are driven to the Belgian border by a sympathetic bourgeois. Valentine finishes her defence of Lange’s action to the locals, who deem the murder ‘just’ under the circumstances and allow the couple to escape over the border.

M. Lange stands in the middle of a particularly strong period for Renoir, when he was overtly involved in the political life of France, making his next film for the communist party (Life Belongs To Us) and even though M. Lange is a realist film it still complies with Renoir’s credo of not filming reality directly, as he is at heart a poet not a documentarian. The scenes of shared living and working of ordinary people are vibrant and full of life, accented by a fluid camera, and the most lively of all the characters is the villain, the one concession to a ‘star turn’ for Berry, who makes the most of the opportunity. It is probably the closest Renoir got to direct political comment, and the themes that he would otherwise weave into the subliminal substrate of a film are here undeniably present and visible, ie. man is a communal animal and only true connection can be found in shared endeavour, in work and love. Even capitalists come out with a degree of balance as the collective is supported by the young son of the chief creditor who represents a progressive face of capital and a sympathetic one, so as with all Renoir’s nothing is black and white. Renoir moved to a more poetic way of expressing his message, especially in the anti-war film La Grande Illusion, which he hoped would help contribute to the awareness that would prevent the coming war, sadly the socialist dream presented here and the humanist hymn of La Grande Illusion would all be swept away by the global conflict instigated by the fascist right. Renoir’s dreams remain just that. 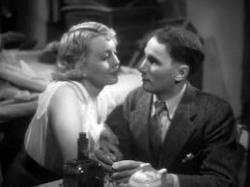 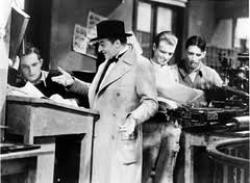 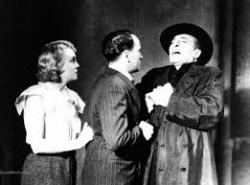 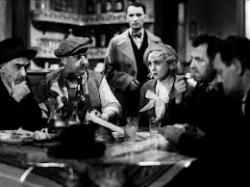 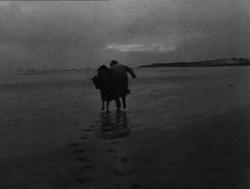