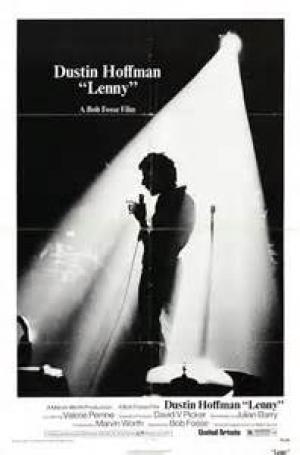 In the middle of one of the hottest streaks of iconic roles that any lead actor has enjoyed, Dustin Hoffman chimed in with one of his best, that of satirist-contrarian Lenny Bruce, the ill-starred stand up comedy king of the 1960’s. Broadway veteran Bob Fosse, a man renowned for showbiz glitz after a stellar career that garnered seven Tony awards manned the director’s chair and continued his own good form, having won Best Director for his second feature, Cabaret,  in 1972. Appropriately enough the piece began life as a Broadway play by Julian Barry, who adapted his own work for Fosse’s screenplay. The film was nominated for Best Actress, Actor, Director and screenplay Oscar’s, one of a select few to enjoy that honour even if no-one walked away with a statue.

Fosse opens with several character-to-camera reminiscences of Lenny, by his wife Honey (Valerie Perrine) and his agent amongst others, revealing an insecure but mercurial artist who struggled with the limits society placed upon his range of expression. The responsibility of a married man sees Lenny briefly attempt to “work clean”,  to fit in with the anodyne ‘borscht belt’ comedy of the denizens of the Catskills in the 1950’s, but Lenny can’t restrain his instincts to shock and prick his audience and struggles to find work. Honey works as a stripper in California and Lenny starts to find work in the dives she frequents, but is conflicted by the work Honey does and tries to get her to stop stripping. Lenny soon becomes notorious because of his edgy act and becomes the target of conservative law enforcement, setting up a future of substantial legal battles.

In a nutshell, Lenny Bruce saw hypocrisy and challenged it, attempting to strip racists and bigots of their power by open and comedic use of banned words. “Are there any niggers here tonight”?  Hard to believe but this may be even more shocking in the 21st century than it was in 1961. Lenny went on to place himself in the litany of minorities he would reel off nightly, “a kyke, a spic, a wop”,“a Jew”,  or “one who killed ourLord”.  Lenny lampooned the closed and hushed world of ‘50s sexuality, “nobody talks about it”,  he constructed routines that referenced venereal disease and masturbation, and audiences laughed in spite of themselves. Lenny wanted to shake up the complacent post WWII mores of mainstream America, and even managed appearances on the Steve Allen network television show to shop his wares. He made LP records that were solid sellers, but struggled to keep his life in balance as his relationship deteriorated and his heroin use increased.

Bruce’s biographer Albert Goldman wrote, “Lenny worshipped the gods of Spontaneity, Candor and Free Association. He fancied himself an oral jazzman. His ideal was to walk out there like Charlie Parker, take that mike in his hand like a horn and blow, blow, blow everything that came into his head just as it came into his head with nothing censored, nothing translated, nothing mediated, until he was pure mind, pure head sending out brainwaves like radio waves into the heads of every man and woman seated in that vast hall. Sending, sending, sending, he would finally reach a point of clairvoyance where he was no longer a performer but rather a medium transmitting messages that just came to him from out there — from recall, fantasy, prophecy.”

Like many of his jazz heroes, Lenny succumbed to narcotics abuse and developed an out of control heroin habit that hastened his early demise. The legal system effectively ground him down and Fosse cleverly constructs a series of vignettes to reveal the fall from the sharp, incisive, ad-libbing comedy mind to the befuddled, rambling arch-paranoid, flailing at oppression both real and imagined.  Fosse’s clever decision to film in black and white gives a docu-realism tinge to proceedings, and the flashback motif works beautifully in creating an incremental building of the ultimately tragic puzzle.

Dustin Hoffman dominates the film with his mesmerising turn as the titular and subversive contrarian, coming off a run of great roles that started with Benjamin Braddock in The Graduate  in 1967. He racked up a string of superb leads in Midnight Cowboy,  Straw Dogs, Little Big Man and Papillion  and his inspired and nuanced work in Lenny saw him rewarded with a Best Actor Oscar. After Lenny he made All The President’s Men, Marathon Man  and Kramer versus Kramer,  which won him a second and equally well deserved Best Actor Oscar, a tribute to over a decade’s worth of work that few actors in any era will ever match. Valerie Perrine does excellent work as Honey, a nice foil for Hoffman’s manic energy and verve and while she won the Best Actress at Cannes for her work the film turns completely on Hoffman’s multi-dimensional characterisation and Fosse’s austere tone.

Fosse makes the bold choice to avoid any ‘showbiz’ dimension at all; focussing on the struggle of an artist working in a field where no-one expects ‘art’ to flourish. The stark black and white cinematography of Bruce Surtees, who would go on to contribute significantly to Clint Eastwood’s cinematic oeuvre, eschews any lapse to sentiment or hagiography and matches Fosse’s forensic approach. Bob Fosse was a creative force of nature and something of a misfit in American cinema but the film brat era of the American Renaissance curiously suited his paradoxical mix of arch theatricality and telling realism. Fosse also holds the dubious honour of beating Francis Ford Coppola for the Best Director gong for the 1972 Academy Award, Coppola the hot favourite for his masterpiece The Godfather.

Lenny is a fine testament to the artistic fire that both consumes and illuminates some individuals, compelled to push on, even when the consequences are lethal, “You need the deviants!”  yelled Lenny to a judge. Lenny Bruce raged against mediocrity and hypocrisy and was destroyed in the process of pushing against the boundaries of social convention. In his wake the comedy of shock and taboo became commonplace and the idea that comedy could promote changes in attitude and not just vacuous entertainment caught fire with the Baby Boomers busy rejecting the Cold War paranoia and empty materialism of their parent’s generation.

Lenny Bruce died a seedy and lonely death in 1966, a broken man, unsure if he’d be remembered apart from some legal footnote relating to obscenity trials. It is a measure of his impact that within a year of his death he featured in the group of famous faces that graced the most famous rock album cover in history, Sergeant Pepper’s Lonely Hearts Club Band. Lenny is found in the top row, alongside other ‘killers of our Lord’, Albert Einstein and Bob Dylan, and given he was banned from entering England in 1963, after the government branded him an ‘undesirable alien’, this would have been a sweet subversion indeed.

Without the stand up of Lenny Bruce (and Woody Allen for that matter) the modern comic landscape would be very different. In an era when we remember and mourn the genius of Robin Williams it's salient to recall where his brand of edgy, manic comedy came from. Thanks Robin, thanks Lenny. 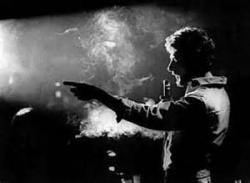 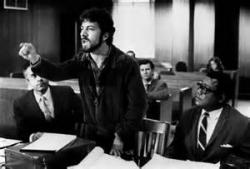 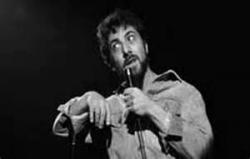 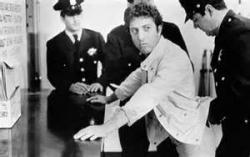