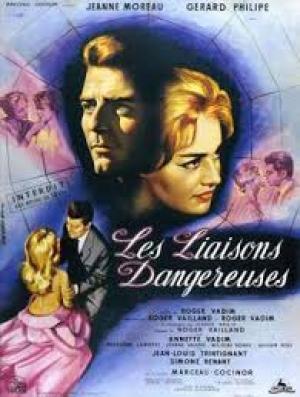 "You wouldn't ask Rodin to make an ugly sculpture, or me to make a film with an ugly woman."
~ Roger Vadim

Roger Vadim was an accidental misfit in many ways, coming into the French film industry prior to the starburst of the Nouvelle Vague and contradictorily seemed both a disrupter and traditionalist but ultimately proved to be more a pragmatist than an idealist. While he enjoyed his greatest successes contemporaneously to Godard, Truffaut et al, he also harked back to the much-despised Tradition of Quality and never more so than in his witty and stylish adaptation of famous 1782 novel by Pierre Choderlos de Laclos, Les Liaisons Dangereuses, starring Gérard Phillipe and Jeanne Moreau. Vadim helped write the screenplay and employed his then wife, Annette Stroyberg to play the innocent and pure Marianne, who finds herself in the clutches of the morally bankrupt couple Valmont and his wife Juliette.

The film benefits primarily from the superior casting of Philipe and Moreau in the lead roles, both beautifully suited to their parts and they both deliver note perfect performances that gives the film its creepy heart. Moreau is dripping with sangfroid and evil as she subtly manipulates everyone around her to her perverted ends. Philipe too, luxuriates in the suave nastiness of his character, and given his genuine mainstream movie-star status in Europe, the role was something of a risk, albeit one he pulls off with considerable aplomb. The pair work their evil on Cecile, a younger cousin of Valmont’s, who proves to be just as corrupt and feckless in matters of the heart as the two arch manipulators, but it is the charming and innocent Marianne who provides a true contest for Valmont, who actually falls in love with her during the corrupting process, much to his wife’s disgust. The concept of updating de Laclos to a modern setting was an inspired one, as the world of the European rich was fertile ground to explore in relation to notions of boredom and manipulation of emotion.

Vadim started as a writer in the industry, most notably for director Marc Allegret, who was something of a mentor to the young Vadim, before his associated successes on Brigitte Bardot hits (his then wife) led him to direct his first film, the enormously popular And God Created Woman in 1956. Armed with a massive commercial hit on his first outing but having his second fail in comparison, Vadim cannily employed Bardot’s (his by then ex-wife) notoriety for his third film, The Night Heaven Fell, which consolidated his box-office clout and enabled him to attract Gerard Philipe, an established star, to front his modern update of the de Laclos novel in 1959. Philipe revels in the nastiness and calculations of his character but Moreau is spellbinding as the manipulative wife, and she finds a level of true detachment and coldness that would chill Antarctica.

Vadim caught both his leads at polar opposite points in their careers, Philipe had been an established star for a decade, coming to prominence in Claude Autant-Lara's The Devil in The Flesh in 1947. He worked consistently for A-list directors over the next dozen years, notably doing three films for Rene Clair, two for Sacha Guitry and films for Marcel Carné, Julien Duvivier, Max Ophüls, Jacques Becker and René Clément. He thrice provided lovely work for Yves Allégret, particularly in the under-rated Such A Pretty Little Beach and made a further two films for Autant-Lara. Moreau on the other hand had been working in film for almost the same period of time, but with little success until her double breakthrough in 1958 for Louis Malle in his masterful films, Elevator To The Gallows and in the controversial, The Lovers. Moreau would go on to become an international film start during the creative explosion of the Nouvelle Vague, while sadly for Philipe, he contracted cancer and died the same year. Les Liaisons Dangereuses was his last completed film, but Luis Buñuel managed to complete the final film Philipe was working on at the time of his death, Fever Mounts at El Pao.

Given Vadim’s notoriety as a ladies man, counting several of the most attractive and intelligent women of their time as his wives or partners, and his privileged upper-class upbringing (his father was an aristocratic diplomat) it’s no wonder he was attracted to the tale of Valmont. After Bardot and Stroyberg he linked up with Catherine Deneuve in the early 1960’s and married Jane Fonda later in the decade, but his filmic output remained an uneven blend of pop culture quasi-exploitation (Fonda in Barbarella) and attempts to be taken seriously like Helle, his 1972 Vietnam related film. Les Liaisons Dangereuses stands up as his most accomplished cinematic achievement, a fine piece of French cinema delivered with wit and style by a filmmaker fully in tune and engaged by the material and surrounded by top class actors and technicians. It is elegantly filmed by Marcel Grignon and is a coruscating and unforgettable look at the emptiness at the core of bored aristocrats.

Christopher Hampton adapted the book into a hit play and Hollywood made the piece in 1988 as Dangerous Liaisons, directed beautifully by Stephen Frears and with John Malkovich, Glenn Close and Michelle Pfieffer is excellent form. Nary a mention of Vadim’s stellar work – that’s showbiz. 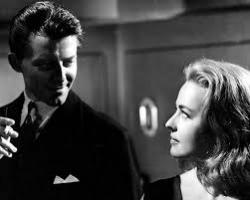 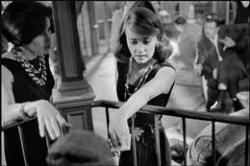 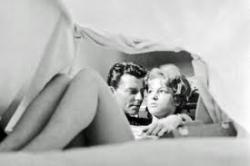 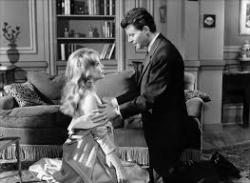 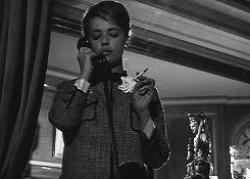