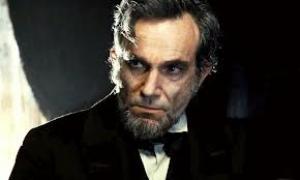 Steven Spielberg is a phenomenon. A filmmaker who's output is wildly uneven, capable of first rate work, but also crass commercialism and heavy handed sentiment, and like a box of chocolates, you never know what you'll get. 'Lincoln' leans more towards the first category thanks to a stunning central performance from Daniel Day-Lewis that all but renders the director redundant. As long as Spielberg was pointing his camera vaguely in Day-Lewis' direction he was going to come off looking good. Spielberg employs the usual suspects in his endeavours, notably maestro John Williams for the suitably grand soundtrack, and Janusz Kamiński, his cinematographer since 1993. Sally Field and Tommy Lee Jones head a fine supporting cast as the script takes them through the political machinations of Lincoln's push to get through the Thirteenth Amendment to the US Constitution, the effective abolition of slavery in the US, towards the end of the Civil War.

The film commences with a dreamlike sequence of black Union soldiers talking to Lincoln during a battlefield visit. They are able to recite the Gettysburg Address and Lincoln listens to them and to a couple of white boys who are engaged in the struggle against the Confederacy. Lincoln is convinced the time is right to carry through the passage of his act that would abolish slavery, the Thirteenth Amendment, even though it had failed to pass Congress just ten months before. Lincoln proceeds nevertheless, against advice from his trusted inner circle, and insists that his Secretary of State Seward (David Strathairn) enlist the back room boys needed to buy votes for it's passage. Seward signs up three Republican operatives to do the dirty work of outright bribery for gaining favour and support. Lincoln hopes to conclude negotiations for the passing of the bill prior to the end of the Civil War, which everyone admits is in it's final stage as Northern victory is inevitable, and in sight.

The delight in the execution of the piece is in the language and manoeuvring, the sheer depth of intrigue that made Washington real-politik work. It's a 'West Wing meets the Civil War' level exercise in soliloquies, monologues and conversations that would make Aron Sorkin smile.  Such a wordy enterprise relies heavily on the abilities of it's cast, and Spielberg, in the main, gets it right here. Daniel Day-Lewis a-strides the landscape as Lincoln like a colossus, giving the characterisations many layers of nuance and flair, capturing the man's dignity, wit and humour, in the face of the nations most desperate hour. Day-Lewis researched the role relentlessly, and worked at capturing the movement, voice and physicality of the aging president, worn by years of stress and conflict. It's a towering performance and the single greatest reason to see the film. That said, the support is superb, from Tommy Lee Jones' crafty and scheming Congressional leader Stevens, to Strathairn's sturdy right hand man figure of Seward. Sally Field gives a conventional, but convincing performance in the oddly written role of Lincoln's wife, but there's real joy in the trio of operatives played deliciously by a rotund James Spader, a bearded Tim Blake Nelson and a perennially cool John Hawkes.

Day-Lewis continues to set the pace as the pre-eminent actor of his generation, after salvaging any degree of watch-ability in Scorsese's overblown 'Gangs Of New York' with a committed and bravura performance, and taking Paul Thomas Anderson's 'There Will Be Blood' to near mythic levels. He easily takes his place along side many fine screen renderings of Lincoln, particularly Henry Fonda's lovely portrayal of Honest Abe in John Ford's wonderful 1939 masterpiece 'Young Mr Lincoln'. Both films avoid the trap of falling into too reverential a treatment, capturing Lincoln the man, instead of Lincoln the icon. Day-Lewis captures his wit and wry humour, as well as his steely determination to do the right thing, instead of merely the politically expedient thing.

Historians seem to concur that the history in the film is sound, not always the strength in any Hollywood historical property, but the focus is on a small period between Lincoln's re-election and the end of the War. There is no deep background to Lincoln's position, which had shifted in light of political expedience, and the ironic fact that Lincoln had stated that given a choice between ending slavery and maintaining the Union he would have chosen the latter, is never mentioned. American politics is full of such paradoxes, founded on a magnificent human rights document in the Declaration of Independence, itself written in part by the slave owning Thomas Jefferson. Jefferson, like Stevens as portrayed here, had a black mistress, and it's believed sired as many as six of her children. The assassination of Lincoln, an episode treated as a brief afterthought, is not dwelt upon at any length here, Spielberg ending with a flashback to Lincoln's rousing second Inauguration speech.

'Lincoln' is a fine and authoritative piece, and despite a few lapses of tone, notably Sally Field's mild histrionics, it hits it's marks very well. It looks a million dollars, which is no surprise, but it shines in sticking with a literate script, with many Machiavellian twists, and doesn't dumb it down. Spielberg had the intelligence to stay out of the way of his talent and to rely on the words and performances to carry the day the sign of a mature director who should back himself more instead of playing to the cheap seats. 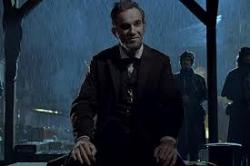 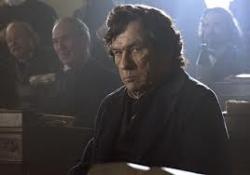 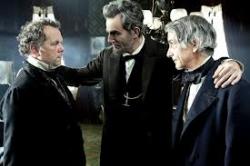 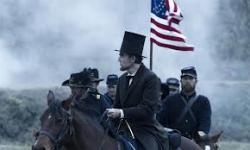 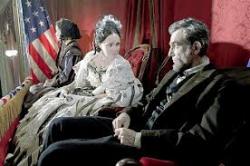