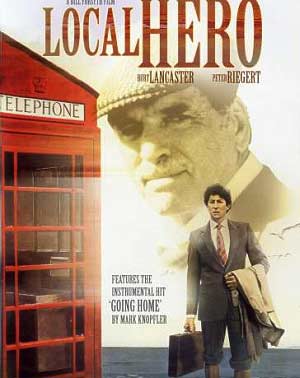 Bill Forsyth’s Local Hero is a movie with a sweet whimsy infusing every frame and is a gentle reminder of the kind of comedies the British Isles are past masters of, recalling the heyday of Ealing and Denham in the ’40s and ’50s. The film itself is a pro-environment cautionary fable against the interests of big oil, but the lesson is delivered with such a light touch it’s never preachy or intrusive. It was produced at a time when old ways where colliding with modern needs, and here an entire village is offered massive sums of money for their property to make way for an oil refinery, and thus end 400 years of human habitation in Western Scotland’s picturesque Ferness. The village is populated with a mix of peculiar and eccentric types, as well as some upwardly mobile younger ones keen to take the oil money, and the film revels warmly and respectfully in showing their quirks.

The modern world arrives in Ferness in the shape of Mac (Peter Reigert) the representative from Houston oil company Knox, he’s been selected from the corporate pool because his surname of MacIntyre suggested Scottish roots. That his parents were Hungarian and adopted the name because it ‘sounded American’, is just one in a series of delicious ironies. Mac is summoned to see Happer (Burt Lancaster) the owner of Knox, a rare privilege and is told to ‘watch the skies’ for him, as Happer is an astronomy buff and is keen to have a comet named after him. Mac’s Houston home is friendless and empty and he compensates by acquiring the corporate toys and status symbols such as the Porsche he drives. Mac is accompanied on the deal by Danny (Peter Capaldi) the local company contact, and before going to Ferness they check out the refinery plan model and meet scientist Marina (Jenny Seagrove), symbolically the model of the village is picked up off the land and handed to Mac, its future in his hands, another corporate toy. Mac and Danny drive to Ferness, delayed by fog and running over a rabbit. They arrive early and meet the Hotel owner, who quickly becomes the accountant Gordon (Dennis Lawson) they have to negotiate with to make the deal. Mac and Danny leave the office and Gordon starts dancing and singing ’we’re going to be rich.’

Mac and Danny cool their heels while Gordon meets with the villagers, urging them to not appear too keen to sell as they can push up the price. ‘Imagine a world without oil’ Mac says at one point as he and Danny stroll on the beach, hoping to conclude the deal quickly and get back to Houston, he’d much rather have settled the issue by phone, ’I’m more a telex man’. While Mac waits Happer is conducting an ongoing battle with his fawning shrink, who has moved to a strategy of abusing Happer to uncover psychological problems. Happer too is lonely and isolated, power and money have not bought happiness. Mac is forced to listen to Gordon and his wife Stella (Jennifer Black) make love through the thin hotel walls, a task they achieve with surprising regularity. Eventually the locals are settled on the money and all are in agreement, a ceilidh is held as a celebration where visiting Russian fishing Captain Victor (Christopher Rozycki) sings ‘Even The Lone-Star Star Gets Lonesome'. By this time Mac has been seduced by the village charms, the motif Forsyth uses is his gradual casting aside of his stiff business suit piece by piece, until he’s dressing like a local. He makes a drunken offer to Gordon to swap lives, ’I’d make a good Gordon Gordon'.

The deal is scuppered at the last minute by Ben Knox (Fulton Mackay), a beachcomber who actually owns all the beach by way of an ancient grant. Ben has no need for the money on offer and needs to ‘work the beach’ for its sake not his own. ’There’s something amazing washes up every two or three weeks'. The rest of the locals converge on the beach to confront Ben, but Happer arrives via helicopter to take over negotiations. Ben is an astrology buff and Happer finds in him a fellow eccentric, deciding that the refinery will go off-shore and that he will build the Happer Institute which will incorporate Marina’s idea of a marine research facility. Mac is sent back to Houston to sort out the detail. He arrives and takes out of his coat pockets the shells he collected from Ferness beach, finally an ‘acquisition’ he can emotionally connect with, and in his empty apartment at night he calls the phone box in the village.

Forsyth keen and loving observations of the ordinary villagers are the glue that makes Local Hero such a joy, not the worthy ‘message’ behind the film. The journey Mac takes, from corporate cog in an empty, urban world to connected member of community is what the action turns on, the village buyout for oil is merely the ‘Mcguffin’. Forsyth uses unexpected devices like introducing the capitalist, country and western loving Russian, who lives life in a way that Mac envies. Ben knows the value of knowledge of place, and at one point he offered to sell his beach for the grains of sand he could hold in his hand. Mac baulked at the offer, unable to comprehend that Ben knew he would. A surfeit of lovely moments, the gentle slapstick of the motorbike zipping through the one street village everytime Mac steps out, Marina’s webbed feet, the baby of unexplained paternity, the black humour of eating the rabbit that Mac was nursing back to health all add up to a wonderful whole. Ultimately it’s about the place, sea (Marina) and sky (Stella) both represented anthropomorphically by the women who are in their own way forces of nature. Mac is speechless when confronted by the Aurora Borealis and for the first time is overcome and gushing as he tries to describe it to Happer over the phone. We may well imagine a world without oil, but try to imagine one without the sea and the sky.

The performances are uniformly fine, with Lancaster and Fulton adding veteran brio and class to their roles, both stepping up to the mark brilliantly. Local Hero is a gem to cherish and a wonderful place to visit again and again.

ps. In a lovely aside a comet was named after Burt Lancaster’s character, Happer in 1992. 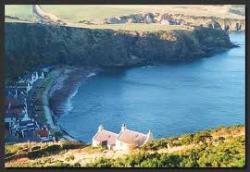 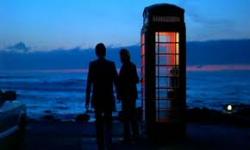 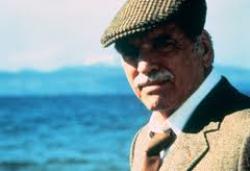