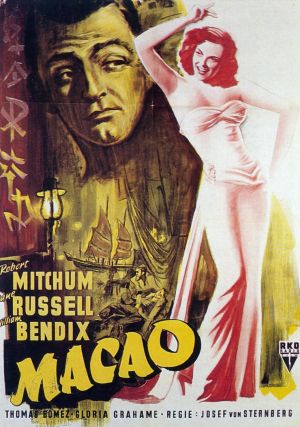 An odd little Noir  from RKO, elevated by the visual attentions and the poet's eye of Josef Von Sternberg, who's prints are all over the film, even if he was fired and Nicholas Ray finished it off with Robert Mitchum's help. Ironically Macao  reminds us of the expressionistic origins of Noir and recalls the moody silent films of Von Sternberg himself, made when under the spell of German cinema. Von Sternberg can also claim to have been in on the ground floor of Film Noir  with his 1941 film The Shanghai Gesture,  and if Noir  took equally from European tastes via expressionistic lighting and the fatalistic moods of the French '30s films (which were themselves influenced by Von Sternberg's work) then the cross pollination was complete by Macao  and the wheel had come full circle.

The plot is a trifle, and really only a launch pad for the framing and visual flourishes that Von Sternberg was renowned for, but the cynical script is suitably world weary and the screen full of Von Sternberg-ian tropes that support the narrative as required. Robert Mitchum plays Nick, a good hearted drifter who is in a permanent exile from the States and seeing what adventures the far-east has to offer. Jane Russell plays Julie, a 'singer' and party girl equally lost in the orient and forever "keeping up her guard"  when it comes to men. William Bendix as Trumble completes the trio of new arrivals in Macao.

A corrupt police chief informs the local American gangster and nightclub owner Halloran (Brad Dexter) of the new arrivals, as Halloran suspects an undercover cop is on the way to investigate a cop killing he was involved with, he fingers Nick as the cop. Julie goes to work for Halloran, copping jealous looks from his girlfriend Marjie (Gloria Graeme) and Nick goes looking for Julie. Trumble pulls Nick into a scheme to sell a large diamond, but it's all a front to lure Halloran outside the '3 mile limit' so International Police can arrest him. The action plays out with a predictability but the interest lies in the scenes between the lead actors and in the mise en scene   of the Von Sternberg framing.

The film comes alive in the wonderful art direction of the gambling house, and in the dockside chases. Von Sternberg packs the frame with his usual 'over' dressed sets, but they are intricate and balanced at the same time. He lights the water scenes with an artist's ease and the use of the fishing nets for his trademark shadows and light interplay is brilliant. The costumes for Graeme are pure femme fatale, particularly her scene as a dice rolling game hostess, and Russell's dresses when she's singing are a knockout. Like the faux-China train station he created for his masterful Shanghai Express,  here he uses all his fake eastern flim-flam to create a Macao of the mind, rather than the 'documentary' Macao suggested by the stock footage.

If Russell doesn't have the exoticism of Dietrich with which he can endlessly explore ways of framing it, he lets her natural beauty and energy have it's sway, which when stacked against Mitchum's charismatic machismo works fine. There are several moments with the pair, as they circle around each other and Mitchum delivers the equivalent of the cowboy wanting 'a little ranch someplace' speech, where real connection and emotion are reached. Brad Dexter (surely the most missed question in all of movie trivia as the one member of The Magnificent Seven  no-one can remember?) is fine as the seedy Halloran and Gloria Graeme is great but sadly under-used as the jilted girlfriend who turns on Halloran and helps Nick.

Von Sternberg endeared himself to no-one on the shoot, so much so that Mitchum deliberately broke one of the rules of no food on set by breaking out a picnic spread one day to feed the crew, when threatened with being fired by Jo, Mitchum retaliated and had him fired by Howard Hughes who owned the studio at the time. Nicholas Ray was called in to finish it and Mitchum wrote some script (un-credited) to fill in some plot gaps. The film is a worthy effort from RKO, despite its troubled history, a tale of two lost souls in the orient who find and save each other made a very enjoyable if modest Noir and any film that boasts a complete version of one of the greatest ever Johnny Mercer songs 'One For My Baby' can't be all bad! Macao  also remains a reminder of the talent that Von Sternberg possessed, and of the frustration that he could never quite ignite it again to find the glories of his '30s masterworks with Dietrich. If only.... so many if only's... 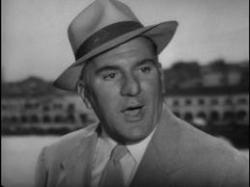 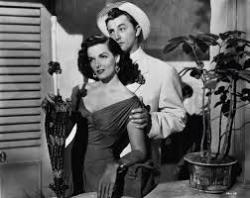 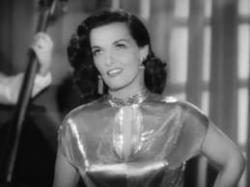 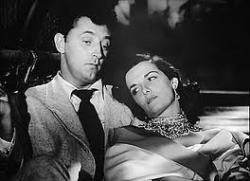