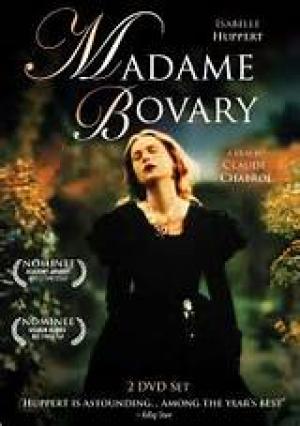 The road to Rouen

"The whole dream of democracy is to raise the proletarian to the level of stupidity attained by the bourgeois."
~ Gustave Flaubert

Claude Chabrol tackled one of the treasures of French literature in Flaubert’s piercing treatise on provincial life and longing, Madame Bovary,  and picked the formidable Isabelle Huppert to bring the conflicted title character to life. The novel is amongst the most important and influential in all of literature and is often cited as the first modern novel, and has been filmed by no less a figure than the great Jean Renoir in the early 1930’s. Hollywood had also filmed it, notably in 1949 with Jennifer Jones in the lead, but had run into the censorship troubles, Chabrol had no such issues, and at a 2 and a half hour running time he also managed to retain the scope and detail of the novel.

Emma Bovary (Isabelle Huppert) is a farmer’s daughter, bright and ambitious but with limited options in rural France in 1856. Her father’s illness brings a doctor, Charles Bovary (Jean-François Balmer), to visit and Emma seizes the chance to make an impression. The pair marries and moves to the village of Tostes, where Emma seems to be happy for a time. She attends a ball and is carried away with the romance and elegance she sees, and soon is urging her dull but earnest husband to move to the larger town of Yonville. Once there she has a baby, and settles in to provincial life, but restlessness appears again after Léon (Lucas Belvaux), a young man she is attracted to, moves to Paris. Motherhood fails to fulfil her and she starts to dream of change when a tall, dashing aristocrat comes into her life.

Chabrol chooses to utilise a voiceover motif, giving Flaubert’s commentary a central presence as the story unfolds. The narrative traces the frustration of Emma as she struggles to connect with the world around her, a constant source of bewilderment and resentment as her capricious nature constantly interferes with any smooth interaction with those around her. After she marries her doctor an ominous voiceover chimes in, “As their life became more intimate, a growing disenchantment distanced her from him,”  a stark foreshadowing of the travails to come. Emma fails to realise her inbuilt contradictions, of how she can crave both respectability and fun at the same time, and rides a roller coaster of emotion as she tries to make sense of a scattered psyche.

Once she achieves stature via the marriage to the doctor, she insists they climb the social ladder by moving to a larger town, but this does nothing to improve Bovary’s capacity to amuse her, “His colourless and borrowed ideas trudged past in procession, without emotion or laughter.”  A grand ball, beautifully staged by Chabrol, mollifies her for a time, and she even gives birth to a daughter in a vain attempt to be a good wife. Eventually her attention falls on a younger and more attractive man, Léon, but after an interrupted affair he moves to Paris, leaving her dreaming of the City of Lights.

Emma is ripe for the plucking as she encounters the wealthy lothario Boulanger (Christophe Malavoy) who only wonders to himself at their first meeting, “How to get rid of her after”?  Boulanger teaches Emma a lesson in the game, in using and abusing another via the machinations of the heart, one that Emma puts to good use when she encounters Léon again at a concert in Rouen. Emma’s notorious behaviour and ruinous ways with her husband’s money scandalises her family and compromises the bedrock of respectable society, where affairs and betrayals are enacted discreetly by minor aristocrats like Boulanger, where the game is fixed and is again the privilege and domain of rich men, not middle class women like Emma.

Chabrol was obviously drawn to Flaubert’s devastating unmasking of the duplicity of upper class society and their questionable mores, but also has much empathy for a woman caught out of time. Emma is caught in an existential crisis, a woman looking at her own life from outside, sometimes pounding on the door to get in and at other times shaking her head at the cosmic joke she seems fated to endure. Chabrol adopts a cool and detached eye upon which to observe the doings, in the same way Kubrick did for his period epic Barry Lyndon,  and it underpins the detachment from her own life that Emma experiences. Flaubert’s approach dissects the venal and empty life that Emma aspires to, as he skewers both the upper class and the clergy equally in their inability to offer a skerrick of solace or to offer anything that points towards a life to satisfy the searching soul of Madame Bovary. Emma’s life would have seemed to have been one of bliss and contentment by the standards of the day, perfect to many outsiders, but a living hell to her.

Huppert completely inhabits the flighty Emma, and her modern sensibilities and edgy vulnerability only serves to make her Emma a character for the ages. The theme of an intelligent person trying to break away from a stultifying provinciality is a universal and timeless one, but the dilemma is multiplied many times over when attached to a woman in Emma’s situation, a female trapped in an ancient patriarchy, a completely male dominated world. Rather than use her feminine charms in a predicable and clichéd way, Huppert invests the role with ambiguity and brittleness, perfectly capturing the flighty creature that moves from one mood to another as swiftly as the breeze, or a cat prowling for distractions. The film is dominated by her superb performance and ably padded out by the fine and colourful supporting ensemble.

The novel was a critical turning point in the history of literature, as it proffered a new realism in content and narrative, rather than the romantic tradition that had underpinned western literature for centuries. It influenced all western writing to come, particularly the English works of Thomas Hardy like Far From the Madding Crowd,  and Tess of the d’Urbervilles  and was, along with Zola, the glory of French 19th century literature. It would resonate much later with the French existentialists of the 1930's and '40s, particularly in Emma’s devastating closing line, “My death is nothing.”

Chabrol might not have seemed well suited to bring this literary classic to life, having focused on psychological thrillers and crime films for most of his career, but his keening and unfussy directing style served him well as he let the story and the characters tell their own melancholy tale. Chabrol and Huppert had triumphed over a decade earlier with Violette Nozière  and would work together many times again, particularly with the bracing thriller La Cérémonie  a couple of years later.

Chabrol’s Madame Bovary  is a fine entry in the distinguished canon of French film adaptations of classic literature, and a reminder that the French start philosophy in the cradle, grappling with the big questions from birth to death. Madame Bovary  is a film to treasure, graced with a peerless central characterisation by the remarkable La Huppert; it’s a stylish and bloodless excursion into an age that may not be so far apart from our own. 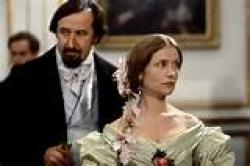 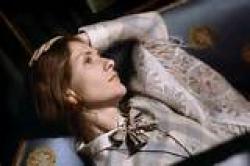 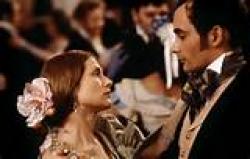 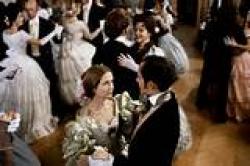 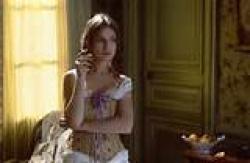 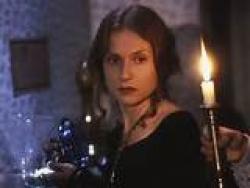 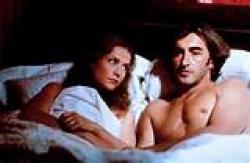