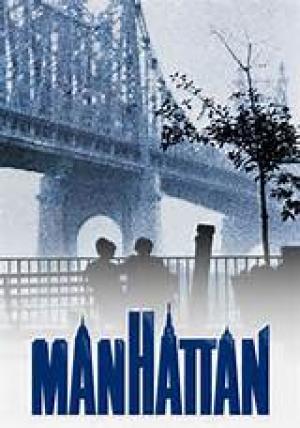 Rhapsody in Black and White

"Life is full of misery, loneliness, and suffering - and it's all over much too soon."
~ Woody Allen

Manhattan,  the very name itself redolent with romance, style and scale, a name to conjure with for that most New York of filmmakers, Woody Allen, in his follow up to Interiors,  the flop he made after the seminal success of Annie Hall.  The name of the film suggests an homage to the great metropolis, and there is that undoubted element to be found, but in truth it is about the author and not the island as the Woody Allen screen persona and the real person (whoever that is) collide like big yellow taxis on Madison Avenue. The film exists in the space between the verve of a French farce and the melancholy of a Swedish existentialist tone poem, as it examines the vagaries of life and love in a modern urban sprawl. Woody Allen has elevated the city to something beyond the level of a backdrop or set, but not too much (certainly not as much as the title would imply) but even more shots of Washington Square or the 59th Street Bridge or another yearning note from a Gershwin tune can’t disguise the fact that this is about Woody, who is Isaac, who is Woody.

Isaac (Woody Allen) is a dissatisfied writer (is there any other kind?) stuck in a demeaning job where he’s writing comedy for a low rent TV show, but he longs to throw it in and write a serious book, “Chapter One, he adored New York City”…. He is also a serial womanizer, unable to embrace the C word (commitment) and is dating Tracy (Mariel Hemingway), a woman young enough to be his daughter, encouraging her to think of the relationship as temporary. Isaac’s best friend is the happily married Yale (Michael Murphy), whose relationship with his charming wife Emily (Ann Byrne) gives Isaac hope that true love can be found, not just the emptiness and heartbreak that Isaac has always seemed to find. Isaac’s pessimistic world view takes a turn for the better after he meets Mary (Diane Keaton), a woman who charms and unnerves him in equal measure. The situation becomes complicated when he learns she’s been having an affair with Yale, but once he finds they’ve split up he moves in and the pair strike up a relationship, forcing Isaac to dump Tracy.

Given the film is an extended monologue of Woody’s world view, albeit via several different characters, it would be easy for it to fall into self-indulgence or even self-parody, given the history of the writer, but Allen, together with co-writer Marshall Brickman, takes the time to find a deeper vein of insight than in his previous, comically broader films. Woody still takes the piss out of his Bob Hope influenced screen persona, the ‘fraidy cat with the overarching fear of death, but also makes points about existential angst and the pain of modern life that would be more likely found in an Ingmar Bergman meditation than an American comedy. The Bergman influence (particularly Wild Strawberries)  was seen fully in Interiors,  a fine film that audiences stayed away from in droves, unable to handle Woody in full serious artist mode.

“He longed to be an artist, but baulked at the necessary sacrifices, in his most private moments he spoke of his fear of death, which he elevated to tragic heights, when in fact it was mere narcissism.”  This key quote from the film is directed at Isaac (Woody Allen) by his ex-wife (Meryl Streep), but it is undoubtedly written by Woody Allen about Woody Allen, at least about the Woody he has cannily promoted throughout his career. It is a pithy summation of all his fears, a devastating assessment of the fragility of life and art and a subtle acknowledgement that he could never be taken as a serious artist when his own funny bone kept poking him in the ribs or guiding his writing hand. Woody’s ability to make his own neurosis the centre of his art is the ultimate affirmation of the old adage, “write what you know”, a feature of his next film, Stardust Memories,  where his central character was a filmmaker beleaguered by fans at a retrospective eager to tell him how they preferred his “earlier, funnier films”.

Typically, Woody takes the edge off his cynicism by washing down the bitterness of his observations, “it was a metaphor for the decay of contemporary culture”,  with the sugar of his wit. He casually drops the concept of a book about his mother called “The Castrating Zionist”,  before dropping in an existentialist zinger like “nothing worth knowing can be understood by the mind”.  When Isaac is pressed on anything that would make life worth living he reels off a litany of humans or their achievements, “Groucho Marx, Willy Mays, The second movement of the Jupiter Symphony, Louis Armstrong’s Potato Head Blues, Marlon Brando,” before he finishes on “Tracy’s smile”,  a decidedly upbeat and sweet grace note in a quixotic personal manifesto.

Manhattan  is Woody’s note to himself to “have a little faith in people”,  and it is so good because it is more than the sum of its parts. The gorgeous cinematography from Gordon Willis is more evocative because of the bold choice to use black and white, one of the key figures in the American Renaissance having helmed The Godfather  trilogy for Coppola and the ‘paranoia’ trilogy for Alan J. Pakula. The performances too are uniformly fine, particularly Diane Keaton as the pretentious and vulnerable Jane and Michael Murphy as the insufferable and vain Yale. Meryl Streep is sound in a minor role, as is Mariel Hemingway, who makes her innocent and guileless Tracy, modelled on a young woman who had an affair with Woody during Annie Hall, a vision of sweetness and an island of directness in a sea of labyrinthine inter-personal relationship complexity.

Woody Allen is one of those rare artists able to offer insight into the human condition that acknowledges that humanity is often ridiculous and venal, but also funny and nonsensical. The tension between the various elements in play within the human psyche is meat for the author’s attention and even if his acidic and cynical pen hits its mark in pillorying the many, its aim is mostly at himself. Allen is also a rarity in that he added a dimension to his work that transcended the twisted, sometimes slapstick, comic observations that made his name. Most artists are typecast by their initial success, but Allen built on that persona and extended it until he was able to make deep and meaningful statements about the human condition, but in a way that could affirm and attest to the absurdity of life. Manhattan is a love letter to the city, and a love letter to love as well. 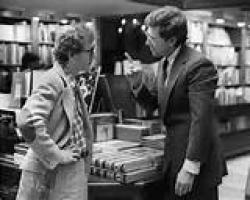 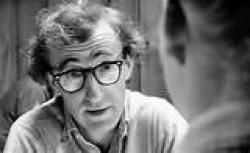 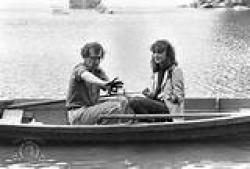 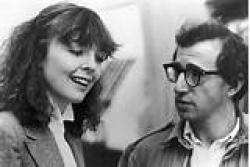 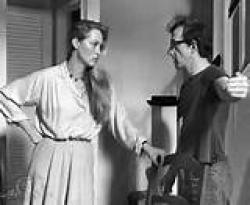 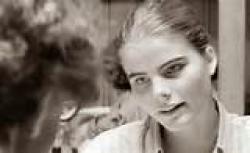 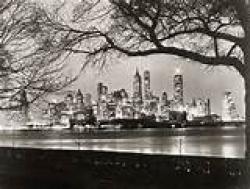