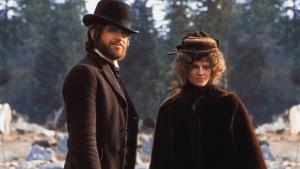 Robert Altman wasn’t the first to imagine the western in post modernist terms, but he may have been the most convincing. When Hollywood was going out of it’s way to reheat the genre to suit the tastes of the hippie generation (Soldier Blue, Billy Jack, Little Big Man) this film subtly whispers where the others shouted. Altman uses two of the iconic actors of the time in Warren Beatty and Julie Christie to great effect. His preceding films were not star driven, and despite appearances, neither is this one. Beatty is low key and engaging and Christie is riveting in a role that revealed her to be one of the finest actresses of her generation. The deliberately slightly sepia-tinged photography by Vilmos Zsigmond is beautiful, and the gritty design influence can be seen through the work of Walter Hill right through to HBO’s superb ‘Deadwood’. Altman was still coming off the box office clout that the mega success of  ‘M*A*S*H’ gave him, even though the offbeat ‘Brewster McCloud’ was completed and did not find favour with the public. The soundtrack choice is also a clue that this is a different western, no Frankie Lane cornball theme here, just the downbeat and introspective (and poetic) Mr Leonard Cohen. Brilliant. Who knew? apparently Altman did.

Altman had the purpose built set constructed in Canada, mostly by draft avoiding young American men who’d fled north to avoid Vietnam conscription. The wildness of the surrounds contributes to the isolation and alienation Altman is able to conjure, especially in the bleak snow filled finale. McCabe (Warren Beatty) is a wide eyed dreamer and gambler looking for the main chance, he finds it in constructing a boarding house in the north west of the US in 1901, and adds to it’s attractions by purchasing 3 whores to work in it’s brothel. Constance Miller (Julie Christie) arrives and offers to run a more professional and more profitable brothel and McCabe, fascinated by this independent and beautiful Madame, accepts her proposition. After the business starts to make good money some men representing a big mining interest make McCabe an offer to take the establishment off his hands, but he insults and demeans them. Constance knows that the interests they represent have a reputation for using force when a deal can’t be made ’They’ll get you McCabe’ and she urges he settle. McCabe sees a lawyer (William Devane) and attempts to make a deal but is advised that the law will support his battle against the corrupt corporation, but McCabe again tries to make a deal when the company heavies arrive. The attempt comes too late and McCabe is forced into a showdown with the three gunmen.

Altman uses the Renoir principle, to see the world as a big ‘knocking shop’ and thereby he can unearth human drama with nuance and empathy. Altman wants us to feel the isolation, the remoteness, as only by knowing how vulnerable we are, can the act of reaching out to another human be seen in context. The inhabitants of this speck on the map, overwhelmed by the wilderness, attempting to gouge out a future for themselves, are easy prey for being exploited by the knowing likes of Constance Miller. She knows the hearts of men, and also what commodity will tease the money from their wallets as unlike McCabe’s dreamy idealist, she’s a realist in the game. She also has a couple of layers of cynicism to shield her from McCabe’s, and anyone else’s attentions.The fiercely independent Constance is not above working in her own shop, and this eats away at McCabe who becomes besotted with the cockney Madame. Constance keeps a distance between herself and the world by smoking opium, her ability to connect emotionally with a man has been lost as she’s obviously been hurt badly in the past. She has a sadness in her and tolerates McCabe ambitions towards her but she knows he’s doomed to fail.  McCabe tries to get the courage to outline his feelings to her, rehearsing out loud alone in his room ’I’ve got poetry in me’ e says, concluding with ’you’re freezing my soul’ a foreshadowing of his ultimate fate. McCabe thinks money is a toy, and yearns for an authentic connection, his tragedy is he’s giving his love to a woman who is no longer able to think in those terms, for her money is a shield from the world as much as her opium.

The finale is a tour de force of contrast, tension and film mastery, as McCabe deals with the three gunman the local church is on fire and the inhabitants rush to put it out. A bucket brigade of fallen women work at saving the building and eventually, as they celebrate their success, McCabe is consigned to his snowy fate, while Constance enjoys her opium trance, oblivious and dead eyed. The detail in the costuming and the set is magnificent, with every tiny role as important as the leads in creating a convincing tapestry. Altman again confounds expectations with his villains, the erudite and cultured English gunman, ’I’m going to get very cross with you’ and the young blonde sadist, who creates a showdown on a rope bridge with Keith Carradine that results in one of the most nasty and shocking killings in a western since ‘Shane’. Altman doesn’t strain where others would, his imagined world has politics, intrigue, sadness, violence, tenderness, hopes and dreams, it just happens to be set in a frontier mining town circa 1901. Altman shows concerns that are timeless and humanity on the edge of civilisation, facing those concerns, the mundane and the challenging. Most of all in a stunning final shot, he reminds us that we are all truly alone, and McCabe is the existentialist man frozen on the edge of nowhere, game over.

Altman called this an anti-western, and it fit perfectly with the deconstructionist meme that was extant in the late ’60’s and marked him as the quintessential ‘American Renaissance’ director, even though he was from a generation before at least, while guys like Scorcese, Coppola and Lucas were in nappies Altman was flying bomber raids in WW2. Altman remained a misfit in Hollywood, even after the massive hit of M*A*S*H. His follow up the quirky ‘Brewster McCloud’ flopped and the cycle of him producing money-losing idiosyncratic films until one of them struck gold and thereby gave him another ticket on the rollercoaster had begun. Rejected upon it’s release by a public not yet ready for Altman’s vision, ‘McCabe and Mrs Miller’ is now recognised for what it is, a rich and enduring cinematic classic. 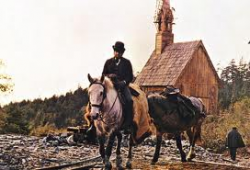 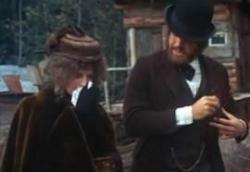 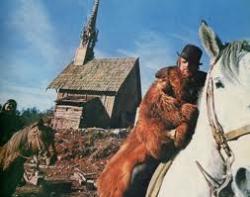 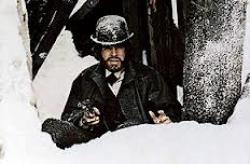