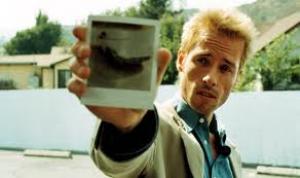 "The pleasure in a book is in not knowing what happens next" - Leonard Shelby - 'Memento'.

British director Christopher Nolan burst upon the scene with this mind-bending piece of psychodrama that took the fractured structure of something like Tarantino's 'Reservoir Dogs' and twisted it even further. 'Following', the very low budget, debut noir feature that Nolan filmed in London, announced him as a talent but 'Memento' broke him through to the big league in a very short time. Nolan's brother Jonathan wrote the short story on which Christopher's script was based, and after considering Brad Pitt as the lead, the lesser known Australian actor Guy Pearce was cast. Wally Pfister signed on as cinematographer, as of 2013 he had shot all of Nolan's subsequent films, including the Batman franchise and 'Inception', and used various modes of expression to accent the action. The look and feel of 'Memento' is a visual puzzle as well as an elaborate memory exercise, and Pfister succeeds brilliantly in giving all the various strands a clear delineation.

Leonard (Guy Pearce) is a man with a problem; a short-term memory loss condition called anterograde amnesia, and it means he can't create 'new' memories. The incident that appears to have triggered the condition is the apparent rape and murder of his wife, and as he is intent on revenge, the condition is problematic in preventing him from piecing together the puzzle. Leonard is embroiled with a character he seems to know as Teddy (Joe Pantoliano) and with a girl called Natalie (Carrie-Anne Moss) but their significance is difficult for him to pin down due to his lack of memory. Leonard develops a method to track his recent memories, taking Polaroids and writing on the back of them, making notes and tattooing crucial information on his body. Facetiously, Nolan has Leonard deliver to his wife the line that opens this piece (at the top of the page) when he is mystified as to why she'd re-read a book as she knows how it will end.

The film became notorious because of it's 'backwards' structure, as the action appears to unfold in reverse sequence. This is not strictly true given the film cannot actually be viewed neatly in reverse and still make chronological sense, as it does jump back and forward as various clues are unearthed. The central conceit that Nolan is able to convey is that of a man both with and without a past. Nolan casts Leonard adrift from the certainties we take for granted, of remembering critical details in our recent past that enable the smooth incorporation of thought to action. With these crucial anchors removed, the ability to trust anything vanishes, and implicit trust as a default setting is the oil that facilitates the smooth interactions of human relationships. Leonard can no longer trust the wiring of his brain to deliver 'truth', and Nolan uses the metaphor to point out that any notion of 'truth' is a moveable feast at best.

Guy Pearce's performance as Leonard is key to the films success, and he delivers in spades. Pearce made an international name for himself opposite Russell Crowe in the wonderful neo-noir from Curtis Hanson, 'L.A. Confidential', in 1997, which led to a couple of minor roles, but 'Memento' showed his full worth and range. Pearce walks an emotional tightrope, between confidence and uncertainty, conviction and doubt. Leonard literally has his key tenets of faith written in ink on his skin, and ultimately even they may be of dubious provenance. It's a mesmerising and balanced characterisation, and well supported by Pantoliano's edgy energy, and Carrie-Anne Moss' casual mystery.

Nolan has a grand time with piecing the film together, and the cutting is a triumph of the editor's art, in lesser hands it would simply have been a jumbled mess. Nolan employs the use of mirrors in several scenes, to suggest an 'alternate' reality, a world that looks real, but remains out of reach  (and tellingly) an image in reverse. The tone is an enervated and twitchy post 'Seven' type, and the jump between black and white and filtered colour helps separate the various time lines involved. Nolan moves from point to point with great clarity, and keeps his mystery destination nicely concealed in what might otherwise have been a bumpy ride. 'Memento' is a brilliant neo-noir, taut and compact, with tension enough to make Hitchcock proud. It's a wonderful excuse to tease your own brain while marvelling at the fallibilities of another while engrossed in this superior film.

Christopher Nolan went on the more mature realisation of 'Insomnia' soon after, and from there entered the stratosphere of Hollywood's A list director's by reinvigorating the Batman franchise with his dark 'Batman Begins'. 'Inception' saw a return to the difficult and fragmented narrative devices that 'Memento' represented, albeit with a lot more CGI bang and a lot more dollars to spend. Nolan is now in the fortunate position of writing his own cheque on any project he likes, but with great power comes great responsibility, so we shall see. (Stephen Spielberg, anyone?) 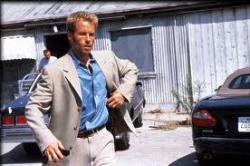 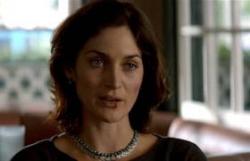 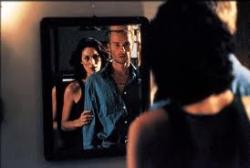