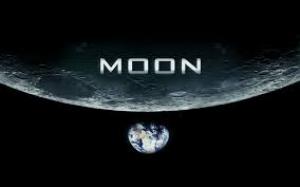 "Planet earth is blue, and there's nothing I can do"

“We are all of us in the gutter, but some of us are looking at the stars”
- Oscar Wilde

Duncan Jones’ feature film debut harks back to the classic sci-fi films of the 1970’s, particularly Douglas Trumbull’s Silent Running and Andrei Tarkovsky’s Solaris, in its intense focus on the psychological struggle of an isolated human at the very edge of humanities frontier. The film points up the gap between the poetry of the ‘stars’ and what those distant specks of light represent in man’s psyche, against the banal reality and ethical dilemma of exploiting the resources of our nearest neighbour in the same way we endlessly pillage the earths resources for our own ends. The film was shot on a relatively miniscule budget yet succeeds in making a virtue of its limitations, like the obvious (if charming) use of models, relying instead on a note perfect performance from Sam Rockwell to centre the piece and give it enormous heart. In a nod to 2001, A Space Odyssey, the daddy of all modern sci-fi films, the calm voiced robot GERTY (Kevin Spacey) recalls the calm tones of HAL, but without the malevolent subtext.

Sam (Sam Rockwell) is employed by Lunar Industries as the sole human on the helium3 energy harvesting operation. Sam works with GERTY in co-ordinating the work until he has an accident while driving one of the vehicles. He wakes in the infirmary but becomes suspicious when he overhears GERTY talking to earth directly, as communications have been damaged for as long as Sam can recall. Sam travels back out to the accident scene but finds another Sam still in the vehicle. Sam 1 brings Sam 2 back to base and they confront GERTY as to the truth of their situation.

Jones uses all the conventional cinematic shorthand for life in space, falling somewhere between the clinical lines of Kubrick’s 2001 and the grit of Tarkovsky’s Solaris, but rather than focus on the look and special effects he allows the core issue to incrementally work its way into the calculations. At the centre of the piece is the philosophical question, what constitutes a human? In harvesting the energy from the moon the corporation responsible has reduced the human quotient of the equation to just another consumable part, production line humans with implanted memories and a limited shelf life. The ethical implications of corporate behaviour in controlling the fallout from this approach are captured beautifully as the two Sam’s plot to strike back for the workers.

The film works so well, mainly because of the sharp and multi-layered script, but also because of Sam Rockwell’s brilliant characterisation, the different Sam’s allowing him scope to frame the dilemma from different angles. Rockwell continues to make brave and interesting choices with his roles, his energy and edge mixed with an ability to evince pathos the ideal combination for Moon, building on his reputation for solid, stylish work. Rockwell has mostly been noted for great support roles, almost stealing the masterful, The Assassination of Jesse James by the Coward Robert Ford from the leads, but he was wonderful in lead roles in the under-rated Lawn Dogs, and superb in George Clooney’s directorial debut, Confessions of a Dangerous Mind, from a Charlie Kaufman script.

In an era where sci-fi cinema has become a byword for overblown effects and vapid character shorthand, Moon is a tonic, an oasis of thoughtful art in a desert of spectacular looking dross. It recalls the glory days of sci-fi yesteryear, where the idea was the principal driving force, where concepts by the likes of Bradbury or Vonnegut were primary, creating wonderful films like The Illustrated Man, Fahrenheit 451 and Slaughterhouse Five. Admittedly rudimentary effects and not the gratuitous use of CGI, which is increasingly used to gloss over the lack of content, were utilised in service of the story, one that usually had fundamental philosophical questions at their core. 2001, A Space Odyssey set the benchmark for filmmakers to match in terms of visuals, and the popularity of Star Wars and Star Trek ensured the genre would be at the forefront of commercial cinema, but Jones reminds us that ideas are king, something that George Lucas too once understood with his pre-blockbuster classic, the edgy and arresting THX-1138.

Duncan Jones shows enormous promise as a writer and director, and plans to turn Moon into a trilogy with Blade Runner overtones, so hopefully he avoids the arc that Ridley Scott travelled from Alien to Prometheus and manages to maintain the quality. The success of Moon allowed Jones to ramp up the budget with his follow up film, also a sci-fi piece and a good one, Source Code. It would seem the hither-to-fore Zowie is off on his own Space Oddity. 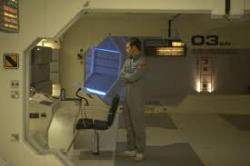 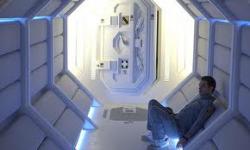 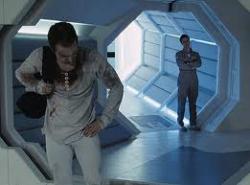