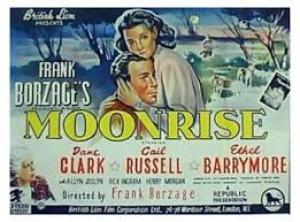 Through a swamp, darkly

Within the first 5 minutes of Moorise it’s apparent we’re in the hands of a cinema master - Frank Borzage began his career in the silent era and with an almost wordless, bravura sequence he takes us through a rain-soaked hanging and the consequence it wreaks on the childhood of the hanged man's son as he grows into becoming a young man. The fluidity of the camera, the breathtaking cutting and expressionist image montages are striking and prepare the way for a Nature vs Nurture morality tale that is part melodrama, part Murnau shadow/light play, part Film Noir, but all class. The picture was produced by Republic, usually a font of B-Grade westerns and serials, but they occasionally set aside reasonable budgets for more prestige projects and Moonrise was one, the last gem directed by Frank Borzage, the man who won the first Academy Award for Best Director some 2 decades prior.

Danny (Dane Clark) is the son of a murderer, bullied relentlessly as a child he’s a troubled young man in love with Gilly (Gail Russell) a local schoolteacher. One of Gilly’s beau’s is Gerry (Lloyd Bridges), an obnoxious rich kid who gets into a brawl with Danny near the site of a local dance. Danny accidentally kills Gerry and hides his body, worried that the ‘bad blood’ of his father had surfaced in him. He continues to romantically pursue Gilly as the law closes in on him as the prime suspect.

Borzage chose to shoot the piece entirely on sound stages, bucking the growing trend of location shooting, especially in the Film Noir style genre and this gives the film an artificial and dreamlike quality, enhancing the physiological dimensions of the work. Jean Renoir had visited the world of the swamps for his first American feature, Swamp Water, some half a dozen years before, but Borzage’s world is more contained, and where Renoir grappled with a wider community, true to Borzage’s practice Moonrise focuses on a much smaller love story. What is remarkable about the film is to find a sympathetic black character, Mose (Rex Ingram) who serves as the moral compass of the film, along with Grandma’s (Ethyl Barrymore) folk wisdom and Gilly’s pure heart. These are the lights that will guide Danny through the gloom as he tries to wrestle with the notion that because of his father he is fated to commit some act of criminal violence that will shatter his dreams and the hope of any future with Gilly.

While many other filmmakers were investigating the physiological scaring that WWII had on the country, Borzage doesn’t even hint at the recent conflict. The only war that gets a mention is the American Civil War as several old codgers remain wary of ‘Yankees’ in their midst. It’s a reminder of the isolated and hermetic universe that the story was exploring, one where the outside world had little chance of penetrating. The arrival of a dark suited stranger at the train station is handled with deft visual aplomb, and with some humour, as the locals speculate as to the man’s reason to be in the town. Borzage builds the tension and sense of claustrophobia that Danny feels and never even shows the train! Would it have hinted at an outside world; a path of escape and he was therefore hesitant to break the hermetic spell? Or did he merely not have the budget for it? Either way he makes the sets work to his advantage, in much the same way Hitchcock was a master of pressing artifice and artificiality into service in creating a kind of coded universe, not real but an askew reflection of ‘real’, a heightened version of reality that allows us to see a different perspective through a wryly twisted lens.

Borzage was a Fox director in the late 1920’s, his most successful phase, at a time when the legendary German director F. W. Murnau came to work on the lot. Some of the lighting in Moonrise seems to hark back to the techniques of the German master, and also to the French Poetic Realist films that came shortly after. Danny may be a kindred spirit with Lantier from Renoir’s La Bête Humaine, or with the doomed gunman in Marcel Carné's Le Jour se Leve, a character seemingly singled out to an inescapably bleak fate. In a rush to understand the world after the calamity of the First World War, science was looked to in a greater way to provide answers, and one strain of investigation that took off was the pseudo-science of Eugenics. The idea that bad traits could be bred out and that good traits bred in was as old as Plato and equally the idea of ‘bad blood’ had been around for millennia, witness the egregious ‘blood libel’ of the Jews by many Christians. The poisonous extension of Eugenics, this well-meaning branch of science (it translates as ‘well born’) that was initially hoped could advance humankind, was seen after the Nazis embraced it as dogma and it fell into disrepute after WWII. Danny’s blood ‘stain’ is finally refuted by his wise Grandma, who reveals the true nature of his father’s actions.

Just as science is usually pressed to find new ways forward after global conflicts, so too is there a concomitant rise in mysticism, where a new crop of recently bereaved seek solace in ‘contact’ with their deceased beloved. Borzage’s sympathies seem always to have erred on the side of mysticism, and it’s not unusual to find his lovers sharing the same kind of ethereal bond that was found in Jean Vigo’s masterpiece L’Atalante from 1934. Borzage frames his romantic scenes in a way that places his lovers in a contained, expressionistic universe, undisturbed by outside forces, particularly so in their tryst at Blackwater, the deserted mansion behind Mose’s place where Danny and Gilly grapple with the possibilities of a future together in the shadows of a decaying past.

Dane Clark was Borzage’s second choice as Danny, after John Garfield walked away from the project that had William A. Wellman attached as director for a time. Clark is capable, but the ill-starred Gail Russell steals every scene as the tender-hearted girlfriend and Rex Ingram and Allyn Joslyn are excellent in their support roles. Ingram brings palpable humanity to a surprisingly dimensional part for a black character in a southern set film of the period and Joslyn is equally fine as the low key, empathetic Sheriff. Russell never got comfortable with the demands of Hollywood, pressed into a contract as a teenager, she took to alcohol to overcome her shyness and nerves and ended up dead of alcoholic poisoning at the age of 36.

The prevailing trend in Film Noir, as in Poetic Realism, was to favour the hard, bleak, ending, but Borzage had none of that, hitching his vision as ever to the idea that love lights the path to redemption and to anything of worth in the human experience. Moonrise affirms Borzage’s hope, hinted at in the small moments that he made sure would not be missed, in Danny’s kindness to the deaf-mute (Harry Morgan) and to Mose’s dogs, where Danny finally lets his guard down and smiles easily, that’s the Danny Gilly is instinctively in love with. Borzage's keen eye also captured other small moments, a father's heart-break and concern, Mose's humanity or Aunt Jessie's tenderness, all adding to the delicate tapestry of moments. Borzage's use of reflected images is also a subtle way to diffuse the directness of the image, to hint at a shadow world of meaning and intent.

Moonrise is not a hard-edged Film Noir, it’s a softer melodramatic cousin and femme fatale free, but this understated gem, the last flowering of a fine and somewhat forgotten director who carved out a significant body of work, certainly deserves a special place at the table. 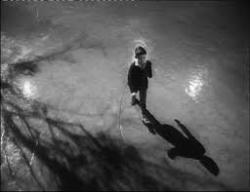 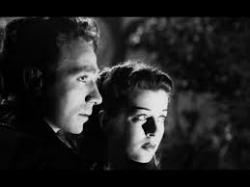 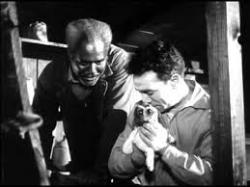 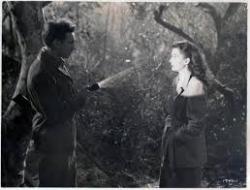 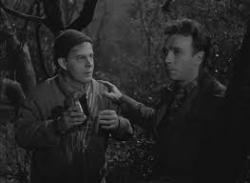 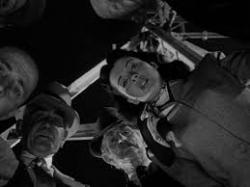 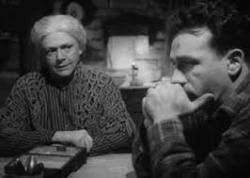