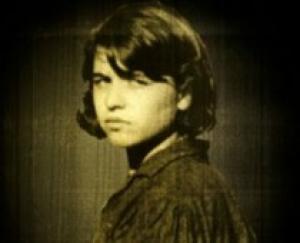 In the heart of the swinging sixties, the year of Sgt Pepper, the year before the Paris riots, Bresson was engaged in doing what he always did, impervious to trends and the vagaries of fashion, his politics were timeless… the politics of the personal. Hard on the donkey heels of ‘Au Hasard Balthazar’ came Mouchette a year later, from a source novel by Georges Bernanos. Bresson's familiar tropes are again in evidence, using 'models' instead of actors and keeping the narrative sparse, cutting with a surgeons delicacy to promote a memorable visual elegance..

Opening with Mouchette’s sick mother (Marie Cardinal) saying ‘what will become of them without me?’, meaning her children. Bresson then moves to the countryside (accompanied by the music of Mozart) where a poacher, Arsene (Jean-Claude Guilbert) is being closely watched by a gamekeeper Mathieu (Jean Vimenet) as he sets his traps. A bird is caught and later released by Mathieu. At a village bar Luisa (Marine Trichet) is being courted by Mathieu but is more interested in Arsene, a cause of much jealousy in the gamekeeper. Mouchette (Nadine Nortier) is a young 14 yr old girl with the responsibility of an adult as her mother is bedridden and her father a hopeless drunk. At school she’s made fun of because of her poor appearance, peasant dress and clogs, and fights with her peers. A schoolteacher stops her from singing in the choir and singles her out as not hitting the right note, she then roughly tries to bang the correct note into her head. That the choir were singing ‘hope is dead’ is no coincidence. Mouchette works at the bar and gives the money to her father, she gets to spend some time at the village fun fair and we see her smile for the first time when she engages a young boy in a bumping battle of dodgem cars. She shyly follows the boy to a shooting gallery, where her father walks up to her and slaps her face. Mouchette also witnesses Mathieu’s jealousy after Luisa and Arsene go on a ride together.

Walking through the woods after school Mouchette is caught in a rain storm. Mathieu and Arsene encounter each other and a fight erupts, it degenerates into a drunken farce, where they both laugh and drink gin. Arsene finds Mouchette and takes her to his hut, eventually telling her he thinks he’s killed Mathieu and gives her a story to help cover the fact. Mouchette is sympathetic, having heard Mathieu’s braggadocio and threats in the village, but Mathieu has an epileptic fit, Mouchette nurses him singing, note-perfect, the song from her class. Arsene changes mood and starts to worry Mouchette will tell on him, she says ‘I hate them all’, but he becomes violent and rapes her. She returns home and feeds the baby, a river of tears falling from her eyes. as her mother deteriorates. She attempts to tell her mother what happened but before she gets a chance her mother falls into a coma, her last words to Mouchette being ’Don’t be taken in by lazy men and drunks’.

Mouchette's mother dies and the next day, as Mouchette goes around the village gathering things, she’s abused by some local villagers and called a slut. She’s shocked to see Mathieu, who is not dead, and he grills her about Arsene. Mathieu’s wife is sympathetic, accusing her husband of being more interested in a few rabbits being poached than with what Arsene did to Mouchette. Mouchette tells her that Arsene was her ‘lover’. Mouchette is given a funeral shroud by an elderly woman but on the way home she rolls it around herself and rolls down a hill into the river. Bresson holds the final shot of the river until all the ripples disappear, any evidence that Mouchette disturbed it’s calm is gone, as is she.

‘Mouchette’ is in some ways Bresson’s ‘Virgin Spring’, albeit de-mythologised and de-beautified, and a film Bergman enjoyed apparently. A film about belonging and hope, or the lack of it, without artifice or sentimentality. In a series of vignettes we see Mouchette going about her routines, carving out her niche in the village, getting glimpses of a future that may await, via the fate of her terminally ill mother and the local bar girl Luisa. We see her out of step with her classmates at school, both literally (the clogs) and figuratively via the note she can’t sing in the school choir once she’s made to join in. While they throw mud at her via insults, the boys by dropping their pants, the girls by exclusion, she has no recourse but to literally return fire. A misfit in village life, and a functionary to her family, the only bright spot is her day at the fun fair. Religion is no help and is given short shrift by devout Catholic Bresson, she’s pushed into church by her father, and walked past by a priest as if she isn’t there.

Mouchette has no reference point to anchor affection in her life and her pathetically calling her rapist her ‘lover’ only heightens the tragedy. Bresson has her embrace him submissively during the act, which is a tragedy in itself, as she is so starved of human touch this may be as close as she’s come to it. She realises that in this world men are the hunters and she is fair game via a rabbit shoot she witnesses. Bresson visually references Renoirs ‘Rules Of The Game’ here, surely no accident, telling us that there are rules that Mouchette must play by. Mouchette wraps herself in the shroud of conformity, given to her by an old lady who ‘loves the dead’, and chooses not to play by any rules but hers, getting free like a bird escaping from a trap.

Bresson evinces a remarkable and austere ambience, framing his narrative among the everyday travails of a village peasant girl, and he achieves this with his usual trick of using non-professional actors, his ‘models’ who invest little emotion in the action and dialogue. ‘Mouchette’ benefits greatly from this approach as it adds to the oppressive atmosphere and bleak inevitability of the piece and yet achieves a poetic rhythm and tone. Nadine Nortier is the perfect embodiment of Bressons vision, with eyes that are heartbreaking in their expressiveness, aware and bewildered at the same time. An essential part of a great French tradition of brilliant films, ‘400 Blows’, ‘Forbidden Games’ and ’L’Enfance Nue’, examining childhood and adolesence. A film that will haunt any viewer..... essential Bresson. 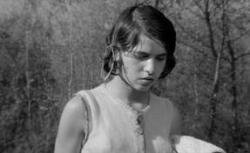 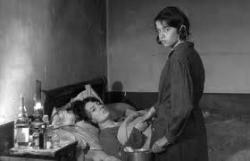 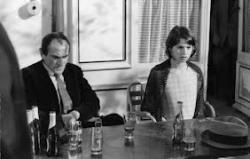 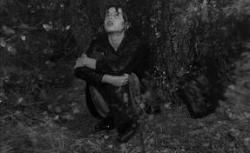 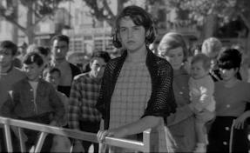 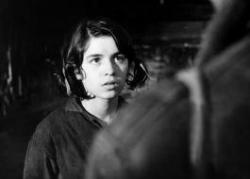