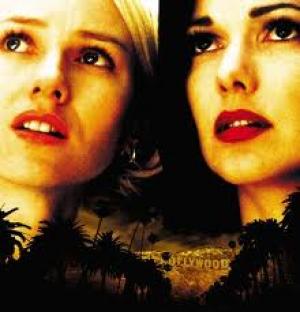 There are many great films by Hollywood about Hollywood, and David Lynch provides one of the most satirical, if oblique here, having great fun at the expense of both 'Hollywood' and his audiences powers of comprehension with the delicious neo-noir 'Mulholland Drive'. The film had started life as a proposed TV series to follow in the footsteps of the wildly successful 'Twin Peaks', but Lynch got rejected by ABC after an inferior cut was presented, so he expanded the ending of what he had, in order to give the film a 'finish', and released it as a feature. Lynch cast relative unknowns in the lead roles in Justin Theroux and Laura Harring and provided a great launch pad for Australian actress Naomi Watts to go on to a have great career, still in progress, in feature films.  Peter Deming, the cinematographer who had shot 1997's 'Lost Highway' for Lynch, captured the intensity and faded glories of Los Angeles perfectly and Angelo Badalementi again provided the atmospheric music.

Lynch revisits the stylistic tropes of 'Blue Velvet' in the 1950's dance contest opening, and the wide-eyed contest winner coming to the big city. Lynch soon muddies the water with what seems like an attempted murder gone wrong, and a car accident that leaves a beautiful victim wandering the streets of L.A. The girl (Laura Harrig) is an amnesiac, and she takes to calling herself Rita, before she's helped by acting hopeful and new arrival Betty (Naomi Watts). Lynch intersects this noir-esque set up with a sub plot involving Adam (Justin Theroux), a trendy young director trying to negotiate the practicalities of the film industry. Betty and Rita search for Rita's identity while Rita searches for parts to play, and the mystery seems to involve a lot of money, a key, Billy Ray Cyrus and a dead body, not necessarily in that order.

Lynch injects his surreal and offbeat observational perspectives into a showbiz cliché, the starry-eyed ingénue doing the rounds of the industry. He has a lot of fun with this, at one point he has one of his characters remark of the procession of young actresses reading for a part that, "they all deliver the lines the same way". Lynch then has Betty give a stunningly original take on the read against the expectations he'd set up with a rehearsal between Rita and Betty. The idea that actresses are pretty much interchangeable is of course at the heart of the conceit of the film, an added twist on Lynch's theme that in Hollywood nobody is what they seem. Identity is a fluid thing in a world where 'amnesia' may not have the same connotations it does in the wider world and everyone is a blank page waiting for the right words to give them definition and the all-important motivation. Lynch underscores the blurring of the girls by using a shot where a full female face is composed half from Betty and half from Rita. Uncertainty over identity leads to a narcissistic fixation between 'Betty' and 'Rita' at one point, taking the film into a psycho-erotic territory.

The evocative tones of Lynch's much loved 1950's pop music is again pressed into service, in the audition sequence when a certain girl 'must' be cast, and in a seedy theatre performance of Roy Orbison's 'Crying', with the Lynch-ian twist of it being rendered in Spanish. The dream like ambiance that Lynch finds in those naive concoctions aids and abets his mise en scene, and indeed much of the film feels like a fractured dream. Lynch gives us a clue early on when Betty says to Rita how excited she is to be in this "dream place". Lynch's Fellini fixation rears it's head again in the dwarf, soothsayer and cowboy characters, and their incongruity in relation to the narrative, and he takes the opportunity to wrong foot the audience with these distractions at every turn.

Lynch not only runs the 'dark heart of the dream factory' line, a well-worn motif, but updates it with a surreal and edgy dynamic. The goons that represent the 'money' behind Adams films are never fleshed out beyond quasi-comic or threatening figures, but the fear they engender is real enough. Hollywood is a set of competing and contrasting ideas, commercial and artistic, and they don't always overlap. Adam is a self-centred egotistical prig, and is used to being sated and lauded by the sycophantic apparatchiks of Hollywood, that he has success at any level, personal or artistic seems an indictment of the system. Lynch uses some veteran Hollywood actors in an ironic way, Ann Miller, Chad Everett and Lee Grant are all in smart cameos, even screen goddess Rita Hayworth is invoked, suggesting that nothing much has changed in the vanity factory.

Lynch beguiles with his boldness and tone, but the film is also full of keenly observed small moments, the espresso incident, the Twinkies waitress, the director and the golf club, the jewellery in the paint, and the ubiquitous 'red curtains'. As with his best work it is more than the sum of it's parts, fusing as it does his love of retro and modern hip, as he delivers a riff ranging from Twilight Zone to Ikea. Watts delivered a star turn for him that propelled her into the front ranks of feature actors, but sadly, Laura Harrig fell back into the treadmill of American TV parts from whence she came. That's showbiz.

'Mulholland Drive' is a film to feel, rather than to respond to intellectually. Possibly it resembles Hawks', 'The Big Sleep' in that one shouldn't think too hard about the implications of the plot and how it connects, just go with the flow and immerse yourself in it's playful uncertainty. It is a smart and witty satire framing a visually elegant arrangement of cinematic illusion. Lynch knows it's all smoke and mirrors, he revels in that and let's us know he knows, reality need not apply in an extended dream that presages a nightmare? Close enough. 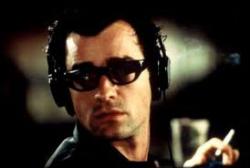 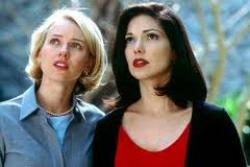 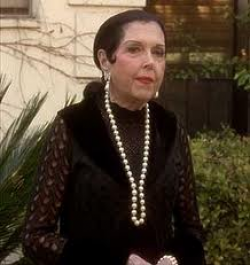