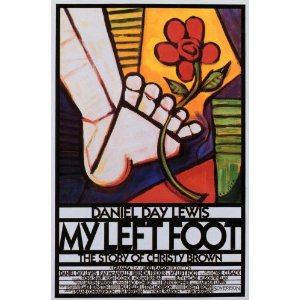 Some films have different aspects to recommend them than others, visuals, script/story or performance, this one falls into the latter category and contains a remarkable acting tour de force, Daniel Day Lewis as Christy Brown. Every now and then an actor comes along that rises above the pack, in America variously one thinks of Brando, De Niro, Ed Norton and now Ryan Gosling, the British equivalent would roughly be Laurence Olivier, Peter O’Toole and Daniel Day Lewis, the outstanding male actor of his generation. It’s almost unimaginable that Jim Sheridan could have made this film work without Day Lewis, his commitment and effort never less than totally convincing, simply without him there is no film.

Christy Brown is born to double trouble, his family being members of Dublin’s working poor on top of which he’s afflicted with the awful disease of cerebral palsy at birth. Incredibly, he is one of 13 surviving children out of 22 pregnancies, not an uncommon situation in the crowded tenements of Dublin, and he is mistakenly thought to be mentally retarded as well as physically handicapped. The family struggle to make ends meet, his father Paddy (Ray McEnally) is a gruff authoritarian, angry at the world for his paltry lot in it and Christy has to find his place in forbidding circumstances. The one shining beacon in his life is the uncompromising love of his mother, and it’s to her that he makes the breakthrough that displays his mind is not encumbered with the same inabilities his body has, he spells ‘mother’ on the floorboards by gripping a piece of chalk with the one controllable limb he has, his left foot.

Sheridan bookends the drama between the start and finish of a charity function that the successful adult Christy attends, using the device of the attending nurse Mary (Ruth McCabe) reading Christy’s book while he waits to go inside and address the assembled local luminaries. Mary reads the book and we flashback to Christy’s childhood, and credit here to a remarkable effort from the actor who portrays Christy as a boy Hugh O’Conor. The scene where his pregnant mother Bridget (Brenda Fricker) falls down the stairs and Christy comes to her aid is particularly heartbreaking. Sheridan links little vignettes of life with Christy participating in most aspects of his siblings behaviour, a childhood that’s pretty rough and ready and spares him nothing. The Church is shown to be a central part of the community, if only out of habit, a priest solemnly intoning at one point to Christy, ‘You can get out of purgatory, but you can’t get out of hell’. Sheridan takes this as a core allegory as Christy does indeed lift himself out of his personal ‘purgatory’ of suffering by sheer effort of will. Family and ritual are repeatedly shown as the anchor point of this almost tribal existence, where strength in numbers can sometimes be the only strength you’ve got. Soon Christy is falling in love with kindly Doctor Cole (Fiona Shaw) who specialises in cerebral palsy and who’s taken an interest in Christy and encourages his excursions into art and literature. After helping stage a first exhibition of Christy’s works a drunken Christy professes his love, only to have the reality delivered that she is engaged to the gallery owner. The rage that Day Lewis taps in this scene is extraordinary.

Christy is in danger of falling into the ‘hell’ he was warned about, and he attempts suicide but the dexterity required is not available from his otherwise trusty left foot. ‘All is nothing, therefore nothing must end’, is one of Christy’s touchstones through his heavy drinking period. Christy pulls himself out of his funk, dealing with his father’s sudden death in a time honoured Irish way, by starting a brawl at the wake! Mary finishes the book and Christy is about to take the stage when he asks Mary for a date, Mary has been effectively the audience, getting acquainted as we have with a rambunctious and disarming spirit trapped in a less than perfect body, and agrees to the date. They were married soon after.* Central to the successful support of Christy's condition is the significant role played by the women in his life. The film is an affirmation of the strength of women if the face of adversity as much as it's a celebration of Christy's triumph. In a modern society it should be acknowledged that even in first world countries it's still the women who clean up the mess and pick up the pieces, and remain the glue to keep the family unit together in the face of adversity. My Left Foot is a powerful reminder of the strength of a mother's love.

A triumph to the enduring will of the human spirit to overcome the most difficult of handicaps and a record of an actor at the top of his form, My Left Foot is a touching and tough slice of the Dublin ghetto of the 1940s and 1950s. Sheridan has written and directed a fine drama, handling his brilliant cast of actors with great surety, both Day Lewis and Brenda Fricker winning Academy Awards for their work. Sheridan and Day Lewis would make two more films together in a kind of ‘working class Irish’ trilogy, In The Name of the Father and The Boxer both fine films with Day Lewis again demonstrating why he’s the finest actor of his generation and always worth watching, but never more so than here. 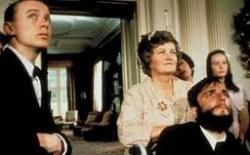 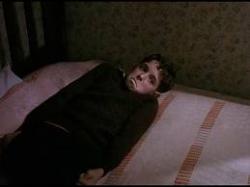 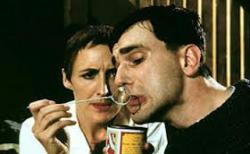 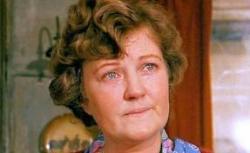