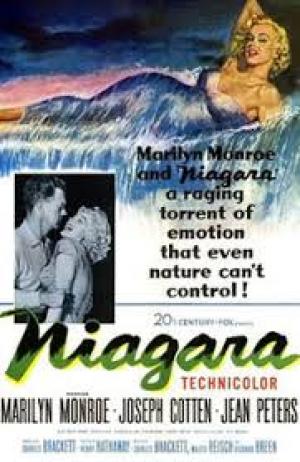 "Henry Hathaway is a director without complexes or neuroses even when his material is saturated with these modern accoutrements... Hathaway's charm consists chiefly of minor virtues, particularly a sense of humour, uncorrupted by major pretensions, but this charm is also a limiting factor." ~ Andrew Sarris

Henry Hathaway started his long and productive career in the silent era, and being a classic, journeyman studio director he’d done most kind of styles by the time he made several of what we know categorize as Film Noir, and Niagara may well be the best of them. In an inspired casting move, Darryl F. Zanuck and Hathaway selected Marilyn Monroe for her first starring role as the femme fatale, moving the story emphasis from the Jean Peter’s role of the good girl, and Marilyn didn’t disappoint making a memorable fist of the part that made her a star once and for all.

Rose (Marilyn Monroe) and George (Joseph Cotton) are in a holiday cabin for honeymooners at Niagara Falls on the Canadian side of the border. Rose is obviously miserable and George is irritable and distracted when a young couple arrive to move into their unit. The younger couple, Ray (Max Showalter) and Polly (Jean Peters) strike up a friendship with Rose and Polly goes to George’s aid when he injures his hand in a fit of rage. Polly sees Rose cheating on George and when George goes missing it is obvious that something nefarious is afoot. Rose is up to her pretty neck in murder and Polly is the only one who knows the full score.

Hathaway's experience and feel for storytelling shows as he handles the adventure/action aspect of the production equally as adeptly as the psychological thriller component. He opted to film the luscious locations in Technicolor, giving this Noir a different sheen to the more usual Black and White associated with the genre. Like Hitchcock, who contrasted small town America and a deadly underbelly in Shadow of a Doubt (with Joseph Cotton) a decade earlier, Hathaway contrasts the 'normal' couple Ray and Polly, with the sex and danger represented by Rose and George.

In the 1950’s the Film Code still ruled and forced Hollywood to water down any level of overt sexuality, but even the strictures of that system couldn’t contain the phenomenon of Marilyn Monroe. She need only walk across a courtyard to get a reaction or stop traffic by walking down the street. She exudes sexuality in a way that confounds and excites Ray, and the attendant mystery around her only reinforces the danger of falling for the femme fatale, a tale as old as The Fall of Adam. Polly is aware of the games this Eve is playing, and is drawn to help ‘save’ George, who has already fallen.

Hathaway makes subtle play of George’s possible mental baggage from the Korean War, where he joined up in a vain attempt to prove his manhood to Rose. Male inadequacy is the background terror that subliminally haunts the men around Rose, all forced to reflect if they are man enough for a woman this powerful. Fear of women was an idea that supplied the church with many misogynist policies over the years, and Rose personifies what they feared most, a force of nature who dominated any man she encountered. Monroe is luminous as Rose and Hathaway and his ace cinematographer Joe MacDonald don’t miss an opportunity to frame her to advantage at every point.

Joseph MacDonald was equally as adept with colour film as black and white, and worked with Jean Peters in Samuel Fuller’s Pick Up onSouth Street the same year. Peters was a country girl and Polly suits her persona, whereas the sexy street siren of Fuller’s film was a stretch. Ironically, she got that role over Marilyn Monroe, but the two actresses became firm friends after Niagara. Jean Peters went on to marry eccentric billionaire Howard Hughes in 1957 effectively retired from film work. Joseph Cotten is his reliable self as George, able to tap into his weaknesses and foibles, a ‘normal’ man destroyed by his unhealthy obsession with the bad girl. Max Showalter is fine as the bland Ray, typical of the sexless, milquetoast male so prevalent in 1950’s cinema, seemingly scared to admit the effect Rose has on him.

Henry Hathaway turned in the film Daryl F. Zanuck and producer Charles Brackett wanted, a thriller that showcased the grandeur of the location. Brackett, a former writing and producing partner of Billy Wilder’s had the idea to use the location, which had never featured in a Hollywood release before, and Zanuck approved with the proviso the falls provide the backdrop to a cliffhanger ending. Hathaway managed to frame the natural locations beautifully and still capture the smaller, intimate moments between the key protagonists.

The real interest in Niagara is in the cross-currents and eddies that swirl beneath the veneer of normalcy of idealised romance - of honeymoon, Hallmark card love. The idea of an ugly underneath works best when it reveals the hypocrisy in any society, and post WWII audiences knew in their guts the jig was up on tinsel town lightweight, Norman Rockwell, Ogden Nash world. The world was ready for a darker vision, one that would lead to the re-evaluation of mores and morals. Niagara and films like Shadow Of a Doubt set the groundwork that David Lynch’s Blue Velvet would explore 30 years later. Hathaway was no mug. 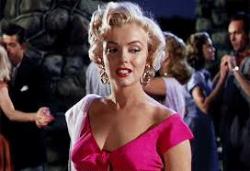 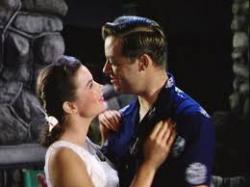 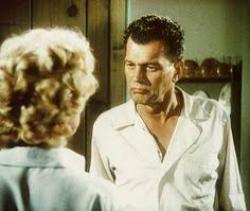 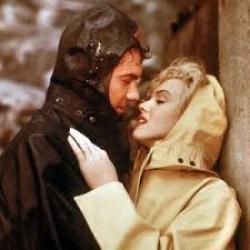 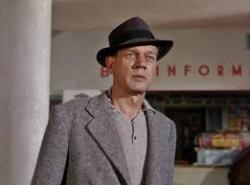