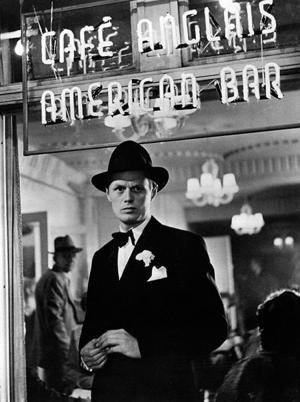 Night and the City

Night and the City is a superbly effective film noir, with the added interest of having a London back alley setting, instead of the American mean streets. Circumstances conspired to have Jules Dassin sent to London to complete his contract for a film owed to Daryl Zanuck at Fox. Dassin directed the admirable noir, Thieves' Highway the year before and was named before the HUAC at the time of this film, Zanuck warned Dassin of the impending blacklisting as Dassin had been a member of the American Communist Party during the '30's, a legal organisation it should be noted, and had resigned after the depth of Stalin's crimes against his own people became known in 1939. Zanuck suggested Dassin leave immediately for London to shoot and to shoot the most expensive footage first so that Zanuck could justify the films completion if pressure was brought to bear. Dassin relocated to England and took his American star, Richard Widmark, casting the remaining parts from the extensive talent pool in post war London. Dassin quickly adapted a screenplay with Jo Eisinger, writer of Gilda, from a book Dassin says he never read, the source novel by Gerald Kerch. Dassin also had to incorporate a last minute request from Zanuck to write in a part for Fox star Gene Tierney, who had been through a breakdown and Zanuck was worried for her sanity and future, so Dassin duly slotted her in as a love interest.

Widmark plays Harry Fabian, a spiv, a fabulist and a nightclub tout, i.e, a man who cajoles unsuspecting 'marks' into spending their hard earned cash in a nightclub that pays him commission. We meet Harry and he's running flat out through the streets and back alley's of Soho and the West End. Harry finds his way to Mary's (Gene Tierney) his girlfriend's flat, where he raids her purse looking for money to get him out of trouble. Mary is a singer and 'hostess' at the club Harry touts for, The Silver Fox, and has been disappointed by the reprobate Harry constantly, hoping against hope he'll clean up his act and they will finally live a 'normal' life. Harry continues to speculate on wild money making schemes, telling Mary 'I just want to be somebody', as Mary borrows money from her friendly upstairs neighbour Adam, who calls Harry 'an artist without an art'.

The seedy nightclub and underworld milieu of London is superbly brought to life, with a cast of wonderful character actors taking central parts. None better than the husband and wife team who run The Silver Fox, 'Fat' Phil (Francis L Sullivan) and Helen (Googie Withers) who share a loveless marriage with Helen secretly looking for a way out. Harry accidentally falls upon a situation where Gregorius, an old wrestler is disillusioned with his son Kristo's (Herbert Lom) fake wrestling entertainments, and walks out wanting to see real wrestling. Kristo is a mob figure and even though he loves his father he won't accommodate his wishes. Harry inveigles his way into Gregorius' confidence and soon is after seed money to run a legitimate contest, and to 'control wrestling in all London'. Helen levers Harry to help procure her a separate nightclub license so she can finally strike out on her own and leave the odious Fat Phil. Harry cons Phil into putting up half the money for his wrestling scheme, using Helen's license money as the other half and having a fake license printed instead for her.

Fat Phil gets a visit from Kristo's lawyer, and realises he can't take sides against the mob boss, so he sets out to betray Harry. A sub-plot involving a rival wrestler called The Strangler (Mike Mazurski) plays out until Harry's scheme, like all those prior, dissolves before his eyes. Helen sets up in business, telling Phil his fortune upon leaving and how she's repulsed by him, only for her to be undone by the Harry's license. She returns to Phil tail between her legs, but Phil has taken his own life at the realisation his ex-nightclub hostess wife doesn't love him after all, and never did, she just used him as an economical leg up. Soon Kristo's men are after Harry 'All my life I been running' and now he's on the run again, eventually holing up in a houseboat on the Thames. Mary tracks him down, hoping to help him avoid his grisly fate, and Harry, realising he's worth money dead tells her to turn him in for the reward Kristo has put on his head, one thousand pounds. 'I'm a dead man' Harry say..

Dassin makes superb use of the London locations, giving the film a vibrancy and a directness quite different from the usual American noir settings. The argot of the under-class adds to a fascinating canvas of small time crooks and low-life's, played with authority by a talented ensemble of British actors, and Widmark holds up his end admirably as the grafting, pathetic Harry, capturing the desperation of a cornered rat with delusions of adequacy. Sullivan is superb as Fat Phil, investing his suicide with real pathos, and Withers is brilliant as the scheming Helen, clawing her way even further out of the gutter, even if it is over her husband's corpse. Tierney is fine as the lost and tender showgirl, and invests her performance with the right emotional pitch, making it work even if the part is relatively small.

Night and the City is a worthy noir, gritty and pulsing and sits well alongside it's American located contemporaries. Jules Dassin would visit the crime milieu again in a few years time, after he'd moved to France, unable to return to America because of the blacklist and became so successful after the masterful Rififfi that everyone assumed he was a French director! 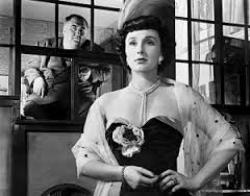 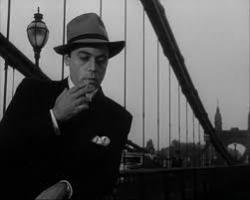 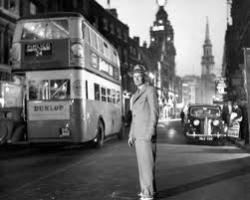 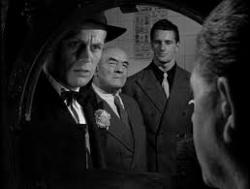