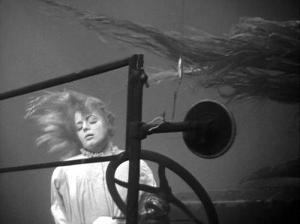 Night of the Hunter

Love on one hand, hate on the other

It might be a toss up, best debut and only film directed by an actor who starred in a version of Mutiny on the Bounty? I guess we could have a subsection about appearing in the film or not to make it easier. Charles Laughton, like Marlon Brando, showed such  great cinematic instincts as a director you can't help but wonder what both could have achieved if they'd continued? Night of the Hunter is a macabre fairy tale, a morality fable told with wit and great cinematic verve. Robert Mitchum, then coming to star prominence after years as a low budget film noir icon, has in Reverend Harry Powell one of his great roles, part pantomime villain and part psychopath, it's a potent mix.

It's one of the strengths of the film that Mitchum does not play Harry as an out an out heavy, keeping it edgy, even suggesting schizophrenia, he's deluded and convinced he's doing God's work. Of course it's not always easy to discern the deeply religious from the deeply disturbed, as 'spiritual' delusion is an oft seen symptom in the mentally ill. One senses Laughton has drawn upon many sources to realise his vision. German expressionist choices are all through it, Laughton employing Welles veteran Stanley Cortez (The Magnificent Ambersons) as cinematographer and the film visually exists somewhere between noir and expressionism, as Harry exists between shadow and light. Laughton revels in the artificiality of the environment and the theatricality of the piece, introducing innocent elements of the natural world into a canvas dreamscape.

The set up is quickly established and the preacher Harry Powell sets off to do his pre-ordained work. He marries the widow and on the wedding night puts her in her place. His religion is old fashioned and simple, he regards her as flesh-trash, a vessel of temptation and a barrier to him having a clean and holy life as his Lord intended, a common enough sentiment in many early church writings. If he has to kill then that's perfectly Biblically sanctioned, his Old Testament god did not draw the line at slaughtering women and children, so why should he? The children intuitively see through Powell's wooing of their mother, Willa, memorably played by the versatile Shelley Winters. Willa has no such luck, but the sexuality Harry exploits with Willa is not available to him in his showdown with the older woman who gives the children shelter, and this dimension gives a macabre subtext where Harry's sexual potency has no currency with the very young and the very old. Flesh-trash and avarice in the face of innocence.

Mitchum hints at a sexual dimension to the satisfaction his murders bring, but he never leers or overplays. Harry is an angel of death,  a constant threat to the environment he inhabits and the shots of Willa underwater are high photographic art indeed, amongst the most striking in all of cinema. Great evil like Harry's can only be bettered by a pure heart, and Lillian Gish plays the unlikely nemesis. The scene where she joins in a duet with Mitchum of his 'theme' song is wonderful, only to see Harry vanish with some cinematic sleight of hand. The children are fine performance wise, one senses Laughton had seen Rene Clement's masterpiece Forbidden Games as there are similarities of tone.

The music also is pivotal and surprisingly deft, given the era's lamentable impulse to bombast and clutter in thrillers, a delicate score by Walter Schumann almost worthy of Aaron Copeland. The children do abide, and this film once seen will never be forgotten. The film died at the box-office and Laughton was never again given command of a project, and he subsequently went on to some great mature acting roles in Wilder's Witness For The Prosecution and Kubrick's Spartacus, before finishing his film career with a memorable performance in Preminger's Advise and Consent. On the evidence of Night of the Hunter Laughton's ability as a director and potent storyteller was top shelf, his lack of industry support for subsequent feature films was cinema's loss.

Night of The Hunter, a one of a kind masterpiece, reminds us that religion and con men go hand in hand and that the Bible belt is often unbuckled and used as a tool of threat and intimidation on the unquestioning flock, blinded by the notion that a preacher is God's instrument, righteous and right. It's an old trick. 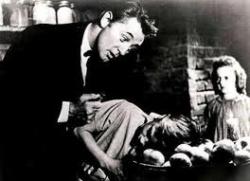 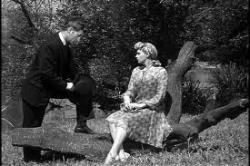 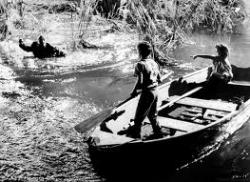 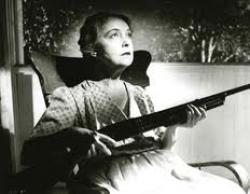