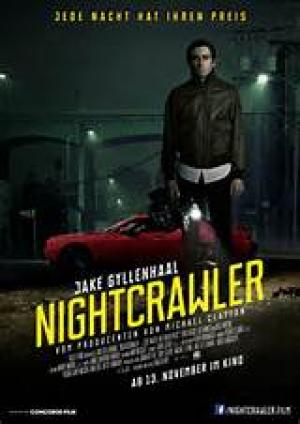 "Religions used to dominate western imaginations, and the media has replaced them."
~ Alain De Botton

Dan Gilroy’s debut feature is one of the great indictments of modern media and rampant capitalism, where ethics run a poor second to profit. Gilroy extracts a career best performance from Jake Gyllenhaal to anchor the piece and also cast his real life wife Rene Russo as the news director at a local TV station. Gilroy applies a cinema-verite approach to the sharp and atmospheric visuals, beautifully helmed by noted cinematographer (and Gyllenhaal’s godfather) Robert Elswit, best known for his work with Paul Thomas Anderson. The film is a sly, not too far from reality satire, that skewers the notion that everything is for sale, and that one person’s suffering is another person’s opportunity in the land of the free and the home of the brave.

Lou Bloom (Jake Gyllenhaal) is a small time thief, looking for an angle to break big and claim his slice of the American Dream. Aimlessly driving around the mean streets of Los Angeles, he stumbles upon a ‘stringer’ (Bill Paxton), a freelance ambulance chasing news hound who sells his (preferable) graphic footage to the highest bidder. He steals an expensive bike to fund the purchase of a camcorder and police radio scanner and joins the fray. He strikes up a business relationship with Nina (Rene Russo) the news director of a local TV station that specialises in running stories based on crime and race.

Gilroy’s fable is a dark reflection of the seemingly endless spiral of the 24 hours news cycle as it descends into a morals free morass of ratings driven crud, of News Porn. It is also a rare acknowledgement of the influence of capitalism in compromising ethical decisions and the confluence of corporate mentality and craven, personal ambition. The story is driven by Lou, the narcissistic sociopath who fails to see lines of appropriate behaviour; in fact he fails to see any lines at all. Lou is a believer in the corporate creed that has little time for the nuance of argument, success is success and it is to be achieved at all cost, even over the decaying corpse of your opposition. It is a also a philosophy that encourages the facile patina of civility, the “it’s not personal, it’s business” credo, that allows a distancing from decisions and from their attendant fallout.

Society functions as a cohesive whole because of empathy, it’s the most evolved impulse we have as humans, and its lack creates all sorts of problems. Lou lacks empathy like Donald Trump lacks style and class, in heroic proportions. Every step along the path to success is informed by the vacuous, corporate-speak jargon-esse that Lou has placed his faith in. Lou adopts this mindless rhetoric as he ‘employs’ his first assistant and inveigles his way into the good graces of the TV network. Lou also embraces the concept of leverage, of ‘never giving a sucker an even break’, where blackmail and manipulation are the legitimate tools of the business executive on the rise.

Gilroy and Elswit employ a neo-noir palette, capturing the seediness of LA after dark as Lou trawls for tragedy in the canyons of the middle class. The tones and hues of Los Angeles offer an appropriately gaudy, shimmering backdrop to Lou and his intern Rick (Riz Ahmed) as they cruise the roads looking for anything approximating blood and suffering, “if it bleeds it leads.”  Russo’s cynical news director sets the goals, giving an insight into the types of prejudice and paranoia they want to reinforce with their audience, playing to a primal fear and bigotry that exists not far beneath a veneer of civility. Lou sets his sight on the Holy Grail for ‘stringers’, footage of middle class white people being attacked by Latino or black drug addicts, and his inability to recognise boundaries is an asset in every facet of his quest.

What makes Nightcrawler  different from mainstream Hollywood output is that Gilroy doesn’t just show Lou as a psycho outsider unable to get inside, indeed, Lou finds support and approbation while he supplies the product that boosts ratings. Mainstream media in the US is still owned and run by incredibly wealthy individuals who are wedded to the idea of increasing and protecting their own assets by any means necessary. It suits the agenda of the 1% to distract and terrify the middle class of the ‘greed’ of moocher class, lest they team up and realise the real inequality lies in the egregious divide between the uber-rich and the rest. The situation has been pithily described thus - ‘Imagine there are 12 cookies, the one who owns 11 cookies tells the one who owns 1 cookie to watch out for those who have none, because they are going to take his 1 cookie away’.

Lou believes in the power of positive thinking, in the power of the market to anoint winners and weed out losers. Lou is so deluded that when his corporate speak pitch to get a job with a builder who is buying stolen metal from him is met with a refusal he asks why, only to be told, “Because I ain’t hiring a fucken thief!”  Lou’s delusion and ambition is so strong that the jibe barely rates a ripple with him. In the best traditions of the American Dream Lou merely looks elsewhere for opportunity, and what better avenue to claw you way to the top of the pile than television. Lou is from the generation where, if it didn’t happen on television, it didn’t happen, what better validation for his goals and work than to be a player in an industry with reach into so many lives, lives that the sociopath Lou could never get to interact with in any other way.

Jake Gyllenhaal provides a stunning central characterisation for Gilroy, enabling the director to keep his subtle satire on a knife’s edge as we wait for Lou’s world to unravel. With this performance he’s finally fulfilled the promise he showed in Fincher’s Zodiac  and should prove to be the natural inheritor of the tradition of De Niro and Pacino in American film. Rene Russo is excellent as the not-so conflicted TV functionary, she knows how the game works and her cynicism is palpable, the moment she realises that Lou is not as malleable as she thought, and that he has some serious leverage over her is beautifully done. Riz Ahmed adds a touching turn as Rick, the wide-eyed scrapper who falls in with Lou’s dream, warily buying in as he gets promoted to an executive position, and Gilroy builds the relationship between the two superbly until the devastating situation of Rick’s ‘firing’.

Nightcrawler  is the most devastating critique of the American Dream since Andrew Dominik’s visceral Killing Them Softly,  where Brad Pitt played the hit-man as independent contractor, and Gyllenhaal’s gimlet eyed socio-path is the most disturbing screen incarnation of that condition since Travis Bickle. Dan Gilroy has seamlessly moved from a journeyman screenwriter (Two For the Money, Real Steel)  to a thoughtful and effective director with a strong command of visual language and tone. More strength to his arm. 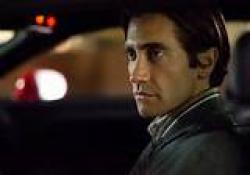 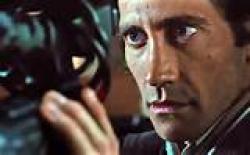 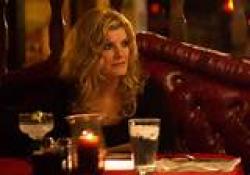 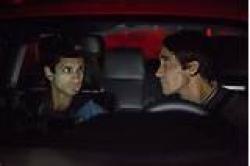 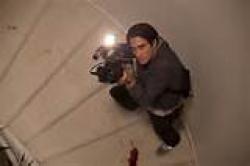