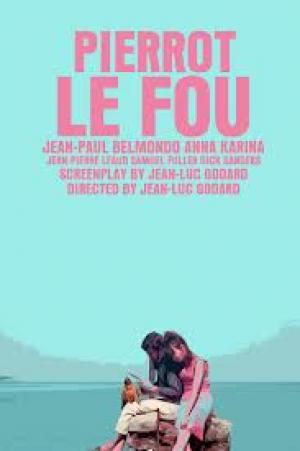 "The cinema is not a craft. It is an art. It does not mean teamwork. One is always alone on the set as before the blank page. And to be alone... means to ask questions. And to make films means to answer them." ~ Jean-Luc Godard

Jean-Luc Godard came to this, his 10th feature film as an artist and a man in crisis. Artistically he was unsure of the source material that he'd committed to some years prior, his political attitude and concurrent tastes changing at a rate of knots in the hothouse mid '60s climate, and he was in the process of splitting up from his then wife, problem was she also happened to be the star of said film. both of these sensibilities inform the film totally, and as such it is almost a Fellini-esque 'real life' 8 1/2. Godard had to find a way to shoot a film without a script, a company had already assembled waiting for the genius, sans whip, to magically pull a cinematic rabbit out of his hat. Confronted with this dilemma Godard did the only thing a true artist could do, look deep inside himself and show that in cinemascope and glaring colour, truth at 24 frames a second?

Godard therefore poured all of his cinematic fixations, and his fascination with America into this truly surrealist film, and hinted as to his burgeoning radicalisation politically, as he tracked his own Bonnie et Clyde  type lovers-on-the-run piece of anarchic 'fun'. After the primary colour blast of Le Mepris  in 1963 Raoul Coutard again shoots this film in a riot of full and fierce colour, and adds a Pop Art dimension for good measure, perfectly in sync with the aesthetic of the film and it's assertion of the tale as "it's a story, all mixed up".  Godard, never one to make it easy on the viewer, puts a post modernist spin on two characters in flux, coping essentially with their own existential crises and negotiating a reheated relationship at the same time. Amazingly enough Ferdinand, a role now so indelibly associated with the iconic French actor and star of Breathless,  Jean Paul Belmondo, was envisaged by Godard as being played by Richard Burton! Godard's then wife, Danish actress Anna Karina, steps into the role of Marianne Renoir, notionally the 'babysitter', but one that has a history with the protagonist it appears.

Ferdinand (Belmondo) is a recently unemployed from an advertising job in TV, a middle class man in an unhappy marriage with no prospect of doing anything other than return to the vacuous world of mass media, a fact made clear at a party his wife drags him to. Godard signals this is no ordinary bourgeoisie as he's first seen reading a book on Velazquez to his 5 year old daughter, who he also recommends should see Nichols Ray's film Johnny Guitar ! At the party American director Sam Fuller plays himself and expounds on his theory of film, "Film is a battleground.... it's emotion"!  The party is a swirl of commentary on advertising, casual nudity, game playing, artificiality and surface gloss, and soon Ferdinand breaks free to return home alone to the sleeping babysitter. In what would be a low rent middle aged man's fantasy Ferdinand then runs off with the young babysitter Marianne (Karina) staying the night with her at her flat, and then on the road south to the coast. Godard subverts expectations at every turn, using a jaunty pop song (that has the foreshadowing line "a love with no tomorrow") as counterpoint to some violence (27 years before Reservoir Dogs) ensuring that there is no cosy nest for the two in Paris, and having Marianne somehow involved in underworld activities that mean Ferdinand has to factor some gangster types into the equation.

The two head off and a series of incidents leads to a growing sense of chaos and disconnection, echoing Ferdinand's earlier lament "I feel like I am many different people". Ferdinand longs for an 'authentic' life, one with a supportive helpmate in a paradise of his own design, writing meaningful stuff instead of vapid commercial copy. Marianne may not be his fantasy girl, as he's speaking to her he turns to camera to address the viewer and she says "who are you talking to"?  "the audience" he replies. Having broken that convention he then breaks another when she comments on the necessity of following the road they are driving on,  he turns off it into the ocean and they walk away. A series of events reveal the central difficulty, that 'men and women can't understand each other'. Godard expresses this in a sequence of  arguments, underscored with a fox and parrot for colour and ambiguity, continually he has Marianne call him Pierrot, only to have Ferdinand correct her each time in a deadpan comeback. This works at many levels, that she doesn't know 'who' he is, that she wants him to be the romantic figure from a popular song, but it gets to the heart of 'real' identity. Ferdinand talks early in the film of "Clownish freaks dressed as Princes"  and later the couple adopted costumed identities, Marianne the garb of an Army guerilla, Ferdinand a gangster, they dance around each other with language, reflecting the philosophy expressed, 'life is a mystery never solved'.

Godard plays with his own despair over the Vietnam war and escalating American involvement, despite the recent disastrous French experience in the region, by having the couple attempt to rip off American military personnel and tourists via a 'play' based on the Vietnam war, a grotesque of imperialist intent and malice, and aptly for the advertising man the first 'coca cola' war. Godard's disenchantment with this part of what America represents is framed by his love of it's pop culture, and variously the film resembles a gangster film, a Marx Brother's or Keystone Kops farce and a Wile E. Coyote cartoon. The gap between serious and frivolous culture is emphasised by a dialogue where Ferdinand asserts classic literature against Marianne's pop records, she dreamily sings in a faux Demy sequence "dreams are made of us",  then foreshadows her fate by saying "my fate line is as short as it can be",  all brewed up in Godard's post modernist stew. The music is disconnected, the cuts are incongruous and the tone jumps about all over the shop,  Godard is playing with the medium itself to deliver an approximation of his own artistic crisis in light of his growing politicisation.

"I believe you, Liar", may be as pithy a summation of any Godard cinematic exposition as contradiction piles on top of anomaly. There's only one way to end it all, with a bang not a whimper, even though our 'hero' seems to have second thoughts. The pop art cartoon world recedes to an eternal world of nature, that laughs at mankind's ephemeral and narcissistic concerns with the certainty of the permanent and unchanging sea and sky, as Marianne intones, "It's ours again",  wiping the slate clean and leaving the way clear for the next set of fools to try to unravel the mystery. Godard can be irritating, frustrating, elliptical and maddening in equal measure, but if you can stomach it and even cultivate a taste for his work the rewards are manifold.

Pierrot Le Fou  stands as one of his best  and sits towards the end of his 'classicist' period if you will, at least by the standards of his political period which was to shortly commence and see him disappear from any semblance of being part of any 'mainstream'. Godard was always happiest swimming against the tide, luckily for him he was able to catch and surf the new wave to ensure his voice would be one that was listened to, even if he then went out into supremely choppy surf that no-one else would attempt. 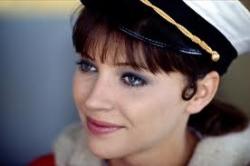