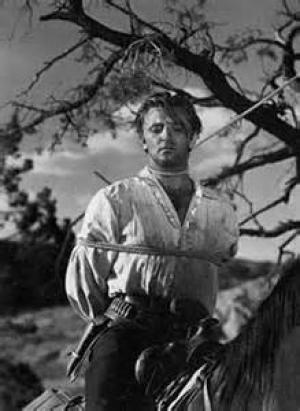 "That land, called Hollywood, was a mythical abstraction without geographical boundaries. Whether its locations were in Manhattan, a Western prairie in New Mexico, the high Sierra, Paris, London, the Alps or a converted orange grove in Los Angeles – they all formed the total myth known as ‘Hollywood’."
~ Raoul Walsh

In 1947 Robert Mitchum’s star was very much on the rise, after a Best Supporting Actor nomination at the Oscars for The Story of G.I. Joe,  and a subsequent 7 year contract with RKO. The studio groomed him for stardom with the usual loan-out deals, to Fox for the Dmytryk Noir feature, Crossfire  and to Warner Brothers for the excellent western, Pursued.  Mitchum had cut his filmic teeth on B-grade westerns, featuring in a series of villainous roles in the Hopalong Cassidy series, but Pursued  represented a chance to work with an A-list director in Raoul Walsh, a silent era veteran who had directed every male star from Fairbanks, Gable, Cagney, Bogart to Flynn. Walsh had the lovely Teresa Wright as the love interest as well as Judith Anderson and Dean Jagger for the acting gravitas, in Niven Busch’s psychological dream-noir.

Jeb Rand (Robert Mitchum) is holed up in a run down farm house when Thorly (Teresa Wright) arrives in the night. The pair discusses the events that have brought them to the current perilous situation and the story is told in flashback. Jeb as a child is caught in a gunfight and trapped in a cellar, while he sees silver spurs move above the floorboards. After the fight a woman (Judith Anderson) takes him out of the cellar and home to live with her and her two children, Thor and Adam. The three children grow up together but Jeb can’t shake the feeling that something is wrong with him and bad blood grows between him and Adam. Jeb and Teresa fall in love, to further complicate things, and the arrival of Grant Callum (Dean Jagger) threatens to unearth the secrets of the past.

The narrative and tone of the film has a disturbing unease at its core, and the allusion to a kind of incest at the centre of the fable is jarring to say the least. The doomed man recalling the past, “why did everything go wrong?”  is a familiar trope in Noir,  (like the seminal French film Le Jour se lève,  remade by RKO in 1947 as The Long Night  starring Henry Fonda) and Busch’s story has that resonance, making it a shimmering dream-noir. James Wong Howe captures the remarkable New Mexico setting in a stunning and unforgettable black and white, the equal of Anthony Mann’s similarly dark hued The Furies  that came three years later. The film enjoys a great score by the inimitable Max Steiner and was edited by Howard Hawks protégé Christian Nyby.

Robert Mitchum delivers a note perfect performance as Jeb, a difficult role that dances between confidence and vulnerability, and he is at his minimalist best, renowned for being an actor who avoided histrionics in favour of stillness. Teresa Wright is very fine as Thorly, one of the best roles of her career, allowing her to stretch out in the rare role of a would-be killer. She had recently come off one the great triumphs in her repertoire in Wyler’s The Best Years of our Lives,  and she would sadly struggle to find roles to match that quality in her subsequent career. Wright was married to Niven Busch, the writer of the novel Duel in the Sun,  and the screenwriter of The Postman Always Rings Twice,  at the time of filming.

Dame Judith Anderson provides the spine of the film, as the determined matriarch intent on holding her odd family together for reasons that are suspect and unclear. Anderson, an Australian actress who struggled to find eventual success on Broadway, and also in England (she joined the Old Vic and played Lady Macbeth opposite Olivier) made many fine films, coming to wider notice via Hitchcock’s Rebecca  in 1940, and she worked consistently in a mix of film and stage projects for the next 30 years. Dean Jagger provides robust presence as the driven and estranged Uncle, who plays on Adam’s jealousy of his adopted brother, before he attempts to settle an old score.

Raoul Walsh successfully melds the ‘Freudian’ overtones of the narrative with the wide open spaces and conventional demands of the western, and in this regard he presaged the later psychological westerns like Ford’s The Searchers  and Mann’s James Stewart collaborations. The film has the same kind of Murnau influenced, visual grace notes that Ford exhibited in Stagecoach,  particularly in the lovely, other-worldly night scenes. Walsh was a silent era veteran who specialised in making robust films that focussed on driven characters, often outsiders and misfits, trying to find their place. At the time he was making Pursued  he was near the end of a very successful cycle of collaborations with Errol Flynn, but Flynn’s increasingly erratic behaviour soon brought the relationship to an end, and it’s a pity he failed to capitalize on Mitchum as a potential replacement.

One of the reasons may be that Walsh thought Mitchum was about to take the mantle of Hollywood’s bad boy from Flynn and he was scared off as a result. In 1948, just as Mitchum was set for huge stardom, he was busted for marijuana use, an event that would have scuppered other careers, but somehow Mitchum’s “I could care less”  attitude meant audiences stuck with him, as did the Howard Hughes owned studio. In fact RKO had no other star with the impact or potential of Mitchum, so he found himself in a unique position and in no need to mitigate his behaviour, so he didn’t. He liked to say, “I have two acting styles, on a horse, or off”  and deplored the ‘method’ actors who became all the rage in the 1950s, an era where he was one of the top box office draws in the world.

Raoul Walsh showed he had a few tricks left in his armoury, and shortly after he left Warner Brothers, but not before he made on of his finest films in White Heat,  a goodbye to the gangster film, in league with James Cagney. Walsh had been amongst the first to sense the fact that the western could act as a palette for every type of human story, form the intimate to the epic, and it was Walsh who made the first talkie western epic with The Big Trail  in 1930, giving John Wayne his first leading role. He re-made his brilliant Bogart crime film, High Sierra,  as a western called Colorado Territory,  shortly after he made Pursued,  showing how easily he could straddle genres and maintain his auteur’s (one) eye. The visual feast he presents in Pursued  is a joy from start to finish, in both the stunning outdoors sprawl and in the intimate indoors scenes, as in the dark shoot-out sequence which is beautifully framed and composed.

Pursued  remains a fine entry in Walsh’s canon and a neat example of the genre mixing that occurred during the turbulent times after the war. It plays as a psychological western, before the term was coined, and as a Film Noir,  where the past is a visceral presence always threatening to derail the present. It’s also exhibit A when considering how good the young Robert Mitchum was, the ideal man for such fractious times. 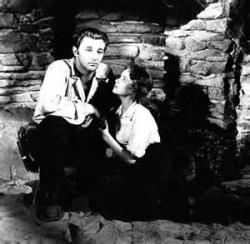 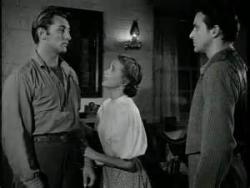 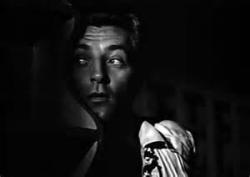 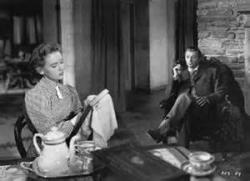 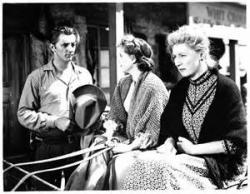 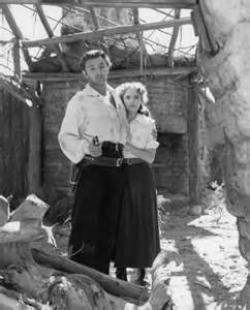