Raging Bull is essentially Martin Scorsese capturing lightning in a bottle. If the golden era of an American renaissance, responding to the Nouvelle Vague, began in 1967 with Bonnie and Clyde, then a sense of fin de siecle can be attached to Raging Bull in 1980, victim to the wide release strategies of the majors and the dumbing down of mainstream film to cater for little more than juvenile tastes. During that time we were gifted with thoughtful, intelligent and visceral filmmaking from major studios, with auteurs like Coppola, Benton, Altman, Allen, Friedkin, Ashby, Pakula, Pollock, Bogdanovich, Rafelson et al, and right in the middle was Scorsese, a ball of enthusiasm and a walking encylopedia of movies. Central to the success of Raging Bull is Scorcese’s relationship with his lead actor Robert De Niro, echoing Kazan’s with Brando in On The Waterfront, and the result is just as powerful, eliciting a performance in the very front ranks of all cinema. De Niro seemed to carry stardom uneasily in the ’70’s, taciturn and suspicious he reacted against the weight of expectation triumphs like Godfather II and Taxi Driver carried with them, Scorsese taps into this angst as it’s a big part of the psychological make up of Jake La Motta, the Bronx Raging Bull.

After a beautiful slow motion sequence of Jake dancing around the ring in his prime to open the film we are presented with La Motta’s fall, the fat and pathetic nightclub clown of 23 years later. What happened? We flashback to 1941 and a Jake struggling to make his own way in the fight game, his independence and refusal to be in the pocket of the mob means he won’t get a title shot easily. His brother Joey (Joe Pesci) is recruited by Sal (Frank Vincent) to bring Jake into the mob grip, Jake will have none of it. All Jake wants from Sal is his gorgeous blonde girlfriend Vicki (Cathy Moriarty). Jake’s marriage is on the rocks as he’s completely combative with her but treats Vicki like she’s a porcelain doll, the duality in him a theme that reappears again and again. Jake fight Sugar Ray Robinson, considered by most judges to have been the best fighter ‘pound for pound’ of the 20th century, and wins, then again 3 weeks later and loses in a hotly disputed decision, building towards a title shot. In the sweetest sequence in the film we see Jake and Vicki wed in colour home movie footage, kids arrive and he seems happy at last, a title shot only a matter of time now. Jake’s jealous streak again surfaces as they encounter Sal and the Tommy (Nicholas Colasanto) the local mob Godfather at a nightclub. Vicki has mentioned a new fighter, Janiro, and how attractive he is, Jake tells Tommy he’ll beat him until his mother wishes she’d never had him. The fight that should cement his title shot sees Jake beat Janiro senseless and Scorsese spares us nothing in showing the blood and pain involved. Tommy quips of Janiro, ‘He ain’t so pretty now’. This is the petty motivation Jake needs to unless the beast within it seems.

The pivotal event in Jake’s career is not the winning of the title, it’s the fight he has to throw to get there, like Terry Malloy before him, he has to take a dive for the mob, his soul sold in the process. He is so unconvincing in throwing the fight he’s banned by the boxing commission for 2 years. Of the many memorable scenes in this film, the one in the dressing room after the thrown fight where Jake cries like a baby is right at the top, De Niro unleashing shame and regret, hinting at the self-loathing that will eventually undo every personal relationship he values. The title bout is sandwiched between two scenes of jealousy and mis-trust, indicating that champion or not it is not in Jake’s nature to find happiness. There is a breathtaking continuous following shot out of the dressing room to the ring for the title fight, one of the best in any of Scorsese’s films and brings us out of the gladiatior’s room and into the colliseum. As champion we get no glamour and celebrity, we jump straight to a modest apartment where Jake is quizzing his brother about his and Vicki’s possible infidelities, and it leads to him brutally bashing them both. Eventually Jake is defeated by Sugar Ray in their 6th and final encounter, taking a terrible beating and Scorsese framing it in a way where Jake has seen this as a kind of deserved punishment for his sins. He retires to Miami and a life of sleazy nightclub gigs, his wife leaving him at last as the emptiness of his behaviour finally matches the environment he surrounds himself with.

Undoubtedly one of the great screen performances ever, De Niro is never less than commanding at every beat and turn, a mesmerising actor at the top of his game, like Jake on the title night. Equally impressive is Pesci as the brother, a superb performance with range and subtlety and a perfect foil for De Niro. Cathy Moriarty is lovely as the wife, even dressing as Lana Turner in The Postman Always Rings Twice (to satiate movie-lover Marty I suppose?!), and Scorsese handles the many character parts with ease and sympathy, all contributing to a realistic mileau for the film to be grounded in. Interestingly the fight over infidelity with his wife was with a best friend in real life, but the screenwriters combined that into Joey’s character for ease of narrative clarity. De Niro got into such good shape as a fighter La Motta opined he would be rated in the top middleweights of the day, but 3 months in Paris to stack on the weight for the later scenes put paid to that.

De Niro saw something in the unlikely source material, an as-told-to biography, and convinced both Scorsese and Paul Shrader, who wrote Taxi Driver, to get involved in bringing La Motta’s story to the screen. From the opening title sequence it’s indicated we are hardly in Rocky Balboa territory, but somewhere closer to an art film, the Mascagni soundtrack, sourced by Robbie Robertson with the serendipitous reverb reflection only error, creates a haunting accompaniment. Thelma Schoomaker edits like a virtuoso pianist, transforming the brutal boxing scenes into an elaborate visual ballet with the musicality of the rythyms. Cinematographer Michael Chapman did what James Wong Howe did years earlier in Body And Soul and shot the ring scenes on rollerskates, giving them fluidity and intimacy. Scorsese had the technical ability of Hitchcock, married to an Italian neo-realist sensibility to achieve the depths of connection here, he also seemed to understand that for the masses that followed the fight game in the 40’s the ‘sweet science’ may have been the closest thing they would get to a work of performance art.

All of Scorsese's strengths came together at the right time for this film, his intuition into the duality and animalistic nature of the Italian-American masculine culture he grew up in, and it’s contradictory impulse to sentiment and sensitivity also. His love of movies was never more well used, all of the great black and white fight films from the 40’s and 50’s are pulsing in his veins, giving force to his every directorial punch and even spilling out on the ropes in slow motion in a film that will be remembered as the greatest of all fight films, and one of American cinema’s enduring classics. 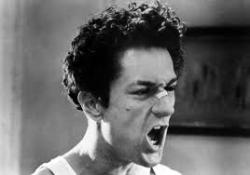 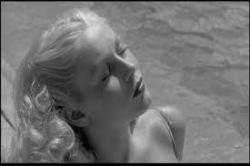 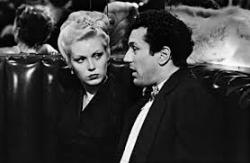