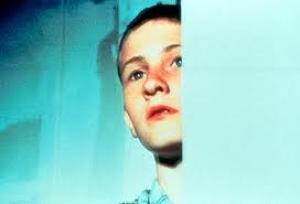 On first glance, with its working-class narrative and setting, Lynne Ramsay’s 'Ratcatcher' (1999) appears to be a revival of the British New Wave themes and motifs. Yet that would diminish the film’s ambition and originality, erroneously taxonomising one of the most sublime debuts in the British film canon

In many respects, the socio-political aspect of the film, takes much of a backseat to the childhood world of the film’s protagonist, twelve-year old James. His point of view transmogrifies the noisome milieu of Glasgow’s tenements during the 1970s, (enduring the infamous refuse collectors’ strike), into a place of near beauty.

Ramsay’s opening shot alone convincingly suggests a preternatural world, with James twisting in a curtain, enjoying a childhood reverie as sound and movement slow around him, only to be brought back to reality with a parental slap.  Ramsay’s earlier short films (Kill the Day, Small Deaths and Gasman) are all infused with this conflict and sensibility; furthermore, thematically and visually they all prepare the ground for 'Ratcatcher'.

Ramsay’s brilliant eye for small detail ensures that the minutiae of James’ world are foregrounded far more than the adult dramas playing out around him. So when James inadvertently causes the death of his friend, Ryan, the panic and pain is rendered obliquely. Its effect upon James drives the film forward, but, as viewers, we never explicitly learn how he is feeling. All we see are moments that are suggestive of the damage this death has had upon him: his enthusiasm when exploring a housing development, his fingers painting patterns on window condensation, his taciturn manner relating to his father, his constant revisiting of the canal.

Ramsay takes many risks with the film and, almost without fail, they come off, such as, the inclusion of the 'Badlands' theme, which rather than evoke the earlier movie, intercalates itself within the mise-en-scene, seamlessly blending into the diegesis and the theme of childhood. One of her bravest choices was the relationship between James and an older girl, Margaret Anne. They are both damaged by their environments and their friendship, although appearing to have a sexual nature - bathing today, sleep together, etc. - becomes more one of sibling solace and comfort.

As stated earlier, the political angle of the film is mediated through James’ perception and so even though the squalor of the residents living among rats is clearly shown, there is little room for finger-pointing. As such, the film, although showing tendencies, doesn’t fit neatly into the sub-genre of the social-realist film. In some respects, with Ramsay’s original eye for detail and colour, there are elements at the other end of the British film spectrum i.e. the fantasy, hyper-real world of Roeg, Jarman and Russell. And her brilliance is being able to combine these two, seemingly disparate, cinematic forms into a symbiotic whole.

Cinema is littered with filmmakers who reached a peak with their first movie and never achieved the same high level again – none more so, than Orson Welles with 'Citizen Kane'. And Ramsay’s follow-up film, 'Morvern Callar', was narratively interesting, but well below the achievement of Ratcatcher. Whether the perfection of Ramsay’s first film is ever matched, it is clear she has an abundance of talent, and it has been to the detriment of British cinema in general, that she has only been allowed to exercise it once more in nearly a decade 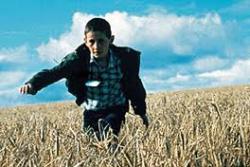 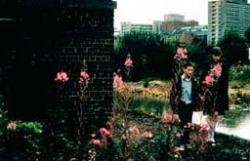