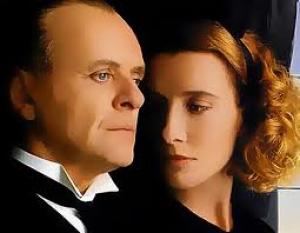 Remains of the Day

James Ivory and producer Ishmail Merchant had a long and fruitful professional partnership and together with writer, Ruth Prawer Jhabvala made several brilliant screen adaptations of literary properties, and this one from British novelist Kazuo Ishiguro is one of the very best. Just as foreigners like Billy Wilder could successfully essay their adopted homes, so it was that the American Ivory, German Jhabvala and Indian Merchant found a keen outsider's eye would bring clear and insightful perspectives to their films often set in moments of Empire and British cultural expansion. 'Remains of the Day' was originally set to be directed by Mike Nichols from a Harold Pinter script, but once Ivory took over the project Nichols agreed to a producer credit and some of Pinter's work remained, albeit uncredited.

The story commences in the 1950's with a bit in the paper about "traitors nest to be pulled down", as head butler, Mr Stevens (Anthony Hopkins) answers a letter from his former housekeeper Miss Kenton (Emma Thompson). He replies to her and reminisces about her days at Darlington Hall and the action jumps back to 1936 when, "the world always used to come to this house". Lord Darlington (James Fox) wants to hold an 'informal' conference at the house and bring together high-ranking representatives of Germany, France and America to talk over the impending threat of war. Darlington is a supporter of a strong Germany, as he's seen a "happy German people" and is convinced their expansion is not a cause for concern. Stevens tends to the smooth running of the house during the conference as he also deals with his father's ill health. Miss Kenton falls in love with Stevens, but those feelings are not reciprocated, so she eventually chooses marriage to another man as the country plunges inexorably towards another war.  Subsequently discredited by events, Darlington eventually dies in disgrace, his manor acquired by an American congressional representative Mr Lewis (Christopher Reeve), who had represented his country at the conference there in 1936.

Ishiguro weaves a wonderful blend of both political and personal dimensions into the narrative. Stevens, having been so conditioned by his surroundings, his father having been a Butler too; he fails to have an opinion that he can call his own. He tells the servants table of the pride he has in serving, of the "perfection" he strives for in his work, never stopping to see it's a blight on his own personal growth. This is the subtlety of the class system at work, where good advice from an underling can be rejected, but the same advice when delivered from a superior is followed. Stevens is able to compartmentalise like a champion, as he leaves the dinner table when told of his father's death, but still sends an under Butler to aid a distressed Frenchman with sore feet. Miss Kenton is forced to ask when he insists on returning to table, "will you permit me to close his eyes?" When two Jewish German girls are sacked from the staff and a horrified Miss Kenton speaks up for them Stevens agrees with Darlington and his anti-Semitic opinions and lets them go, but later insists to her that he never agreed with his Lordship at all.

The politics is intricate and well laid out, and reminds one of the lack of that dimension in the otherwise excellent 'The King's Speech' from 2010 where George VI is not shown to be the pre-war appeaser that he was. Darlington is representative of a good slice of the British aristocracy in supporting the notion of "a helping hand for Germany", and the idea that the ethnic cleansing of the Jews was "a sanitary measure much overdue". Darlington lets the Jewish servants go after reading a book that states, "The revelation of Christ is incomprehensible to the Jews", demonstrating the ancient nexus between religion and racism. Lewis holds his tongue through the sycophantic French and English speeches on the final night of the conference until he can take no more, "you are all decent, honourable and well meaning, but you are gentlemen amateurs", he insists foreign policy should be left to "professionals". Darlington equates amateurism with honour, and assumes an uncultured Yank will never understand this semantic point.

Ishiguro layers great pathos and sadness into his story, and even has Stevens pose as a gentleman when stranded in a pub after his loaned motor car ran out of petrol. The irony being that he had denied knowing Darlington earler when asked. The sadness of Miss Kenton's position, in settling for marrying a man she didn't love because "loneliness frightens me", but the ultimate sadness is that of a man who subsumes his entire existence to the service of a titled fool. Beneath the false veneer of a system where unearned respect is instantly bestowed at birth Stevens follows blindly, never questioning the idea that his "Lordship knows better than us" might be a flawed proposition. Lewis asks Stevens finally what he was thinking when he'd made a fuss with his 'amateur' remarks at dinner all those years ago, Stevens replies he was "too busy serving to listen to speeches". The undeniable implication is that the class system contributed to leading the populace into some national disasters like World War One, where working class Tommies were little more than cannon fodder in a pissing contest between Royal first cousins. This is no nostalgic paean to golden days, but a salient reminder of what an unquestioning and subservient attitude can produce.

James Ivory made many fine films that carry great nuance and superb detail in every aspect of the filmmaker's art. The art direction and design are superlative and as usual, his casting instincts are spot on. Hopkins gives one of the performances of his distinguished career as the emotionally compromised Stevens, all restraint and poise, so much so that when he drops a wine bottle and yells "damn it" late in the film it comes as a shock. Emma Thompson matches him in a flawless characterisation, surely one of the finest actors of her generation as she ranges from tender to disconsolate and is simply the heart and soul of this film.

'Remains Of The Day' is a stand-out film in a very fine roster of Merchant-Ivory features, and a brilliant reminder that nobody does period features quite so well as the Brits, even if they're all immigrants or ex-pats!. 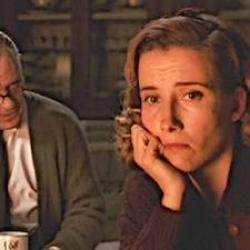 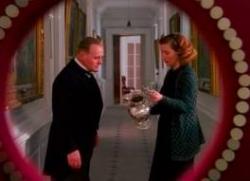 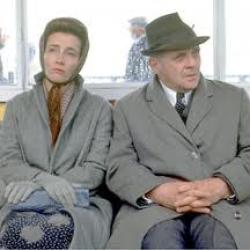 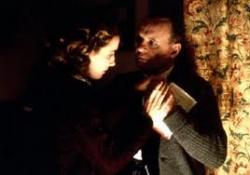 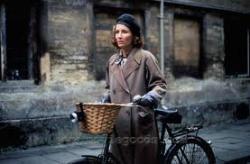