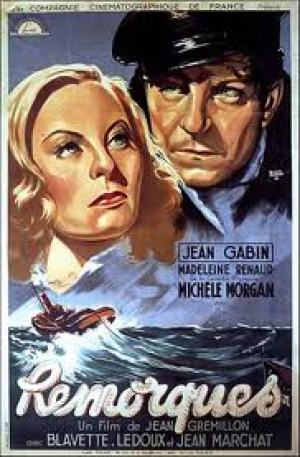 The stormy seas of occupation

Jean Grémillon was a very successful French director during the 1930's and 40's who's reputation never translated to the wider film going public across the globe in the way it did for his contemporaries Marcel Carné and Jean Renoir. In the late '30's he worked in Germany, as did many major French industry figures and produced some notable efforts with two scripts in 1937 by Charles Spaak, in Gueule d'Armour,  starring the iconic Jean Gabin, and L'Etranger Monsieur Victor  starring Raimu. In 1939 Grémillon secured a Poetic Realist fan's wet dream project with the French screen power-couple re-teaming of Gabin and Michele Morgan for a Jacques Prevert scripted film, when World War Two interrupted, delaying completion and release until 1941.

The story revolves around Captain Andre Laurent (Jean Gabin) who runs a salvage tug named 'Cyclone' for a big Paris company. Laurent is introduced at the wedding of one of his crew, when asked to speak his manner is short, sweet and unsentimental, but he is plainly much admired by his crew.  Laurent's wife Yvonne (Madeleine Renaud) is hiding an illness from her husband and yearns for him to give up the sea and live a life of peace and quiet with her away from the restless and threatening ocean. Laurent takes a job to rescue a large freighter in trouble and his men leave the wedding and set out in rough seas. "Fine weather means unemployment for us",  says one of the crew. During the rescue Laurent meets the wife of the ship's skipper, Christine ( Michele Morgan), who leaves the cowardly and duplicitous mariner just as he cheats Laurent out of his salvage fee. Laurent is drawn to Christine for reasons he doesn't understand and is furious with himself for feeling that way. "I'm a simple man"   Laurent tells Christine, "Simple men don't hide their thoughts",  she replies.

The fatalism that shrouds all poetic-realist films is at the forefront of this piece, Grémillon foreshadows Yvonne's marriage difficulties by having the storm winds smash her husband's framed certificate that hangs on the wall of their home, her link to her absent husband symbolically in pieces in her hands. Laurent is in a marriage that has lost it's spark for him after 10 years, in the same way he fell in love with the 'Cyclone' after his first ship grew old and tired, Yvonne fears he will see her as an old ship he can move on from, "This is my SOS"  she says forlornly to him. Christine wants a new life away from her weak and cowardly husband and sees in Laurent's decency something that will enable her escape from her life, just as he'd enabled her rescue from the stricken ship, "the storm brought me to you",  she tells Laurent, instinctively knowing it can't end well. Laurent had been asked to give advice to a crewman whose wife was being unfaithful, and although he took a hard line prior to Christine coming on the scene, he later recants and admits that the goings on between a couple can't be fully understood by outsiders. Laurent is now a man adrift, unaccustomed to not being able to solve a problem by his own instinctive means, he struggles to reconcile his behaviour and act with a measure of self-respect.

Much of Prevert's writing incorporates the seemingly paradoxical idea that happiness and unhappiness can exist at the same time and occupy the same impulse. All three of the protagonists experience this conundrum, Yvonne at the wedding, where she's happily dancing with a husband she loves dearly yet she incorporates into that moment a modicum of sorrow. Laurent doesn't understand the contradiction until he experiences it at a beach house where his affair with Christine is reaching critical mass, cursing her for putting him in a position where she's brought him great happiness and torment at the same time. Christine is aware of the duality of emotion in the moment she realises her imagined future with Laurent is unattainable and poetically leaves a starfish to be given to him when he's unhappy. The late 1930's were redolent with existentialist thought and ideas, made even more apposite during the Nazi occupation, and ultimately Laurent has to go back to his original mistress, the sea, and find meaning in his relationship to it and to the women it's kept him from. The 'catholic' touch of the strident hymn at the end seems a little heavy in retrospect, but France in 1940 was a very catholic place so it's forgivable in that light, even so Gabin's march to his ship in the rain is a powerful sequence.

Remorques  succeeds beautifully as an examination of the eternal love triangle and the devastation it can wreak. Gabin as usual perfectly embodied the decent sailor, drawn into a maelstrom by fate and left emotionally exposed and conflicted. By this time Gabin was so good at this type or role it seemed effortless, but his art was about deliberate and careful choice and his achievement should not be underestimated. Michele Morgan is perfect as the gorgeous siren for whom any sailor would think twice, she was able to carry off the difficult bittersweet nature of her role, and it's a worthy addition to the lead roles she shared with Gabin. Renaud is lovely in the thankless role of the wife, representing a solid and dull life at one level, but a faithful and true heart at another.

The Nazi occupation provided the opportunity for canny French filmmakers to slip allegorical projects past the censors that spoke of the concerns of life as a 'defeated' people, as in Henri-George Clouzot's masterpiece Le Corbeau.  Grémillon's Remorques  may not have the resonances of Clouzot's, fitting in more with the escapist fare the Nazi controlled indusrty allowed, but there are touches that carry some unmistakable messages in the ship's failed rescue. If the French people are represented by the crew of Gabin's tugboat, then the country as represented by the ship they are trying to save is in control of a venal and duplicitous captain who'll take any advantage he can, even to the point where his wife decides it's time to take sides, and she sides with Gabin and what his ship represents. France in 1940/41 was all about taking sides.

Allegory aside, it's a great little film and another reminder as to why poetic-realism is such a powerful genre with the miraculous ability to mesmerise and entertain after so long. Le Cinéma éternelle? 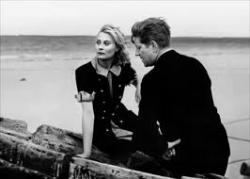 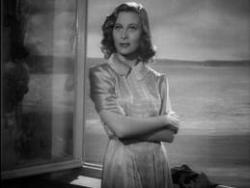 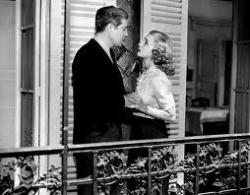