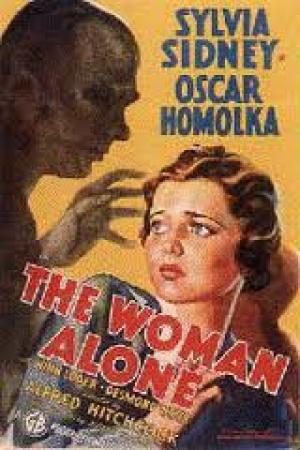 After a run of 3 successful thrillers in the early ‘30’s, The Man Who Knew Too Much, The 39 Steps and Secret Agent, Alfred Hitchcock again visited the form for the tense pre-war drama Sabotage, based on Joseph Conrad’s novel The Secret Agent. Hitchcock seemingly settled on a career in suspense and thrillers from here on in, and with very few exceptions he tilled that field to the point where his name became synonymous with the genre. As with his previous film, where he used import American actor Robert Young in a key role, Hitch again used a Yank with Sylvia Sidney taking the lead role of the wife of a terrorist, and John Loder stepping in when Hitch was unable to secure his first choice, the ill-starred Robert Donat.

Verloc (Oscar Homolka) is a cinema owner who falls in with an unspecified group of political terrorists, and they embark upon a scheme to that will get attention to their cause and horrify London at the same time. The group is being watched by Scotland Yard and a battle of wits and timing ensues to prevent the crime. One of the detectives involved, Ted (John Loder), gets close to Verloc’s wife Sylvia (Sylvia Sidney) and begins to doubt her assumed involvement.

Hitchcock was, by now, most of the way to developing his signature, mature style and many of the tropes and visual motifs he would use for the rest of his life were well determined. Hitch uses a city scape superbly, even given the twee look and dated use of models, but the suspense does not suffer, and the choice of using a bomb on a bus is eerily prescient given the events of July 2005. The Hitchcockian trademark ability to diffuse tension with well judged moments of comedy is also on show, but it never detracts from the sense of realism, or that the evils of terrorism must involve the senseless loss of innocent life. Hitch manages to use a Disney film comedy to contrast Sylvia’s grief during a sequence in the cinema, a testament to his ability to manage complex issues of tone.

Hitchcock would make political films in his early years in Hollywood, in an attempt to break down American (legislated) isolationism, but here he backs away from overt politics, focusing on the inherent evil of the act at a human level. The 1907 novel by Conrad identifies the terror cell as essentially Russian, and it is set in the 1880’s, a peak time for anarchists in Europe. The novel was inspired by the actual attempted bombing of the Greenwich Observatory on 1884, where a bomber blew himself up but did not damage the structure, ad Conrad extrapolated this event into one of the first instances of suicide bombing in mainstream literature. Hitchcock changed the background and made the political aims of the terrorists non-specific, but given the march of German fascism everyone assumed they were Nazi spies.

The villains however, do not conform to one of Hitchcock’s main themes, and the declaration by Ted that “gangsters are quite ordinary people”, contradicts Hitch’s usual proclivity to make the villain charismatic and compelling. The decision to make the group of terrorists a banal collection of characters works in the favour of the drama, making the violence even more effective and startling. Hitch later regretted the way he structured the ‘bomb on the bus’ scenario, but in a modern context it works well, even if it was derided as brutal and grisly. The film was banned in Brazil, because it “upset public order”, and was released in the US as A Woman Alone, as if to dilute the terrorist aspect.

Sylvia Sidney is very effective as the confused wife, and Loder is adequate as the detective, but Donat was an undeniable loss and would have elevated the role and the film. Oscar Homolka is fine in the part of chief villain, an accomplished character actor he later moved to Hollywood and became a staple in many genres, comedy and drama. Sidney did not get on with Hitchcock, and the pair never worked together again, and she returned to Hollywood and made the excellent You Only Live Once with Fritz Lang and the very fine Dead End with William Wyler.

Hitchcock went straight into another thriller, Young and Innocent, a lightweight but entertaining piece in the Hitch oeuvre, before he hit his stride with the superb The Lady Vanishes in 1938. America and David O. Selznick beckoned and Hitch relocated to Hollywood and the rest is Hitch-tory, but his late British period remains a rich and fascinating body of work to examine and enjoy for fans and non-fans alike. 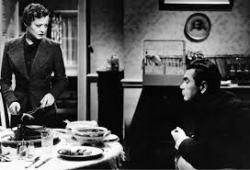 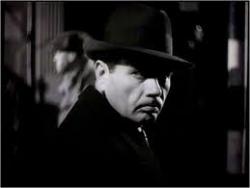 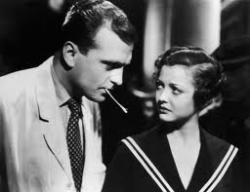 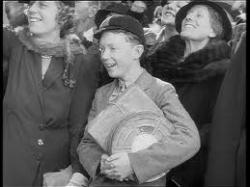