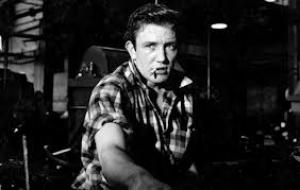 Working class (anti) hero, is something to be?

Certainly a seminal British New Wave film and arguably its most influential: Saturday Night, Sunday Morning (1960), crystallised the themes and styles that were previously coalescing into its most convincing union. Much of this is down to its central protagonist, Arthur Seaton, who stood out from the previous angry young men figures such as Lawrence Harvey (Room at the Top) and Richard Burton (Look Back in Anger) in that his diction, his look, his whole mien were triumphantly working class. Furthermore, the British cinema finally had a dangerous proletariat who challenged, head-on, the post-war establishment and the ideological class structures in a way the previously mentioned figures could only suggest. This wouldn’t have been possible without Albert Finney’s masterly performance which is in equal measure, sneering, tender and charismatic. It would, however, have been far less memorable if it wasn’t aligned to a note-perfect script (and novel) by Alan Sillitoe who appears to make Seaton a mouthpiece for post-war rage that had finally found a fissure to explode out of: ‘Whatever people say I am that’s what I’m not.’ The final element of this triumvirate was director Karel Reisz whose style and attitude had been nurtured within the Free Cinema movement and reached its apotheosis in this, his first full-length feature.

The film eschews much of the contemporaneous dramaturgical tropes and themes, and sets itself within the quotidian world of a factory worker in Nottingham. The narrative is a slight one: Seaton, unhappy with his situation, lives vicariously through the pleasures available to him, namely alcohol and women. However, this simplicity belies the shades of grey that are replete within the movie and missing from other films that riff from this soon-to-be commonplace motif.

First, his female relationships reveal Seaton to be a tender and caring partner. This is sharply contrasted with many of the other male figures and most acutely depicted through his relationship with a married woman, Brenda (Rachel Roberts). Presently, the sensational aspect of seeing such an affair has dimmed and the true nature of its joy and reciprocity can be viewed far more dispassionately.

Second, Seaton’s self-destructive anomie feels less like pure nihilism, but a froward, conscious  pushing of establishment norms, borne of frustration and, in his acceptance of a beating by the two ‘squaddies’, a sense of guilt at being able to feel and act as he does.

Finally, the locus of Seaton's apparent enmity is his own class, as much as any other. So, he berates his family, the street gossip, his boss and, at one point, even his closest friend, Bert (Norman Rossington) for their acceptance of their societal place and function; whilst, at the same time, showing a sympathy and an awareness of the subjugating systems at work upon these very same people: (regarding his parents) ‘They have a TV set and a packet of fags, but they're both dead from the neck up.’

Seaton’s frequent pronouncements of self-gratification - ‘Think of number one, share and share a-like's no good’ - are hardly the manifesto for a social revolution. With the passage of time, however, this becomes less of a weakness, but rather an increasing strength of the film, as it reveals him not to be a preachy class warrior, but a reluctant purveyor of an abject dissatisfaction, the antithesis of the ‘You’ve never had it so good,’ pronouncements of (Prime Minister at the time) Harold Macmillan. Moreover, one could argue that his iconoclasm and the fact he vituperated on England’s ossified, constricting mores, with such vicious eloquence, presaged the all out attack on the establishment that was to come during the 60’s.

In conclusion, considering that Saturday Night, Sunday Morning is the perfect (fire) storm of three celebrated talents (Finney, Sillitoe and Reisz) working at the apogee of their powers, coupled with the fact that the film still has something important to say to present day Britain and Seaton remains a ‘warts and all’ hero of the working class, more than fifty years after he was conceived, elevates the film to the high pantheon of British film. And, in many ways, it is a perfect starting point for understanding the British New Wave, or the iconoclasm of the sixties. However, even in isolation, knowing nothing about the English working class system you can just sit back and watch a true, screen great rage against the machine: ‘What I’m out for is a good time, all the rest is propaganda!’ 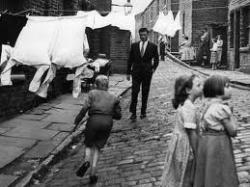 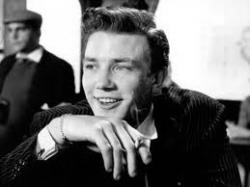