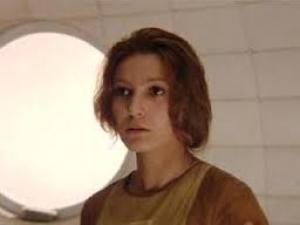 Andrei Tarkovsky's epic meditation on the Faust myth, selling your soul for limitless knowledge and worldly pleasures, and on what essence  actually constitutes a human, re-wrote the rule book on what cinema would accept as a 'space' based vision of the future in a post Kubrick world. 2001, A Space Odyssey,  4 years earlier, had so completely defined what the 'future' looked like for a cinema audience that to go against that antiseptic, shiny version of a clinical and scientific world seemed heretical at best and fraught with problems. Much of what's attractive about Tarkovsky's work is summed up in that decision though, as much practical as artistic, but so brilliantly realised it's a strength not a weakness. If Tarkovsky was compromised by budgetary considerations as to how intricate his sets could be, they are more than compensated for with atmosphere and style. The starting point for this odyssey is Polish writer Stanislaw Lem's best selling 1961 novel 'Solaris', a project Tarkovsky turned to after having his script for what would eventually be The Mirror  turned down by the authorities. With his masterpiece Andrei Rublev  still on ice, as the State would hold it back from release for several years, Tarkovsky was left needing money and a 'commercial' property.  He corresponded with Lem from 1968 as he co-wrote the adaptation and started shooting in 1970 after approval was given to go ahead.

Kris Kelvin (Donatas Banionis) is a psychologist who is being sent to a remote station orbiting the ocean planet Solaris where the mission is in jeopardy because of an inexplicable malaise that has gripped the surviving crew of the station. The authorities are keen to remedy the situation and Kris is told he's exploring the 'boundaries of human knowledge'. Tarkovsky commences with long, lingering shots of Kris's home on earth, where he wanders by the lake, flowing green grass within suggesting a mystical world at our fingertips that is as strange as anything the cosmos has to offer. Kris is briefed on the state of play, with a back story that suggests strange events have been occurring in the region for years, and Berton, an old friend of his father's is implicated. berton warns Kris that "knowledge is only valuable when it's based on reality".  Kris seems distracted as he ponders his journey, and the argument he had with Berton, and burns most of his possessions prior to leaving, also realising that he won't be able to return to earth before his father dies of old age. Kris arrives on the Solaris station only to find his friend Gilbarian, another crew member, is dead but a film survives of him speaking directly to Kris and warning him what to expect on the planet. The remaining crew, Dr Snaut and Dr Sartorius are less than helpful, and appear to be hiding other people on the station that are not accounted for. Kris finds a telling sign posted on Gilbarian's door, 'human being'.

The station is a shambolic mess, and the crew mired in ennui and stasis, Kris soon discovers the reason for their distraction as, after long gazing at the Solaris sea, his wife suddenly appears on the ship, the problem being she had committed suicide on earth several years prior. Hari (Natalya Bondarchuk) is a confused and fearful woman, unsure of her 'self', her identity and memories, but knows that she must stay close to Kris, "it feels like I have to see you all the time",  as if without Kris she will cease to exist.  Indeed this is the case, the scientists believe the ocean planet has a consciousness and is interacting with the innermost desires of the people on the station to construct 'real' duplicates of loved one's from earth. Kris initially tries to fight back by sending the first version of Hari off the station in a launch module. Kris falls asleep exhausted, but wakes with a new Hari next to him. Successive attempts at destruction only lead to Hari healing, as her blood repairs itself and despairingly and touchingly she says to the men, "I am becoming human".  Hari, in an act that resonated with her original self, almost black proof that she is indeed becoming human, attempts suicide by drinking liquid nitrogen, only again to recover while Kris holds her 'dead' body in his arms. "I can never get used to all these resurrections"  is Snaut's dry comment.  Kris falls into a fever and disconnects with the Solaris ocean, waking to find all the 'replicants' gone. In the final scene Kris is shown holding on to his father at the door of his home on earth, only when Tarkovsky pulls back to reveal it's an island that's materialised in the middle of Solaris.

The theme of clones, or synthetic humans is a rich vein for science fiction to tackle as it resonates with nothing less than the creation mythology that lies at the heart of every culture. The deep philosophical issues throw up a fundamental existentialist question, 'if life is to be of value, then suicide must be an option'. The situation Lem constructs has this thought at the centre of it's examination of what constitutes humanity, via Hari becoming 'human' enough to recognise the significance of the rejection of living an unacceptable existence, and Tarkovsky frames it against an almost mystical visual representation of the natural world. The Solaris sea is nature as an anthropomorphic entity, able to think and feel and act in ways that we can't understand. Lem says that for a human "suffering is indispensable",  ironically Solaris is providing it's inhabitants with a 'fantasy' construct version of life where suffering need not exist, and that to surrender to that version of life is an attractive, if not easy option. Solaris is a drug, a narcotic, a way to alter reality, something human's have been dabbling with since the stone age. Gilbarian told Kris, "it's not madness",  but later Snaut dryly expanded, "insanity"?,  that would be a blessing' reflecting the inability of the human mind to embrace the paradoxes Solaris offers.

Subtle touches abound, even humour finds it's way in to leaven the heavy atmosphere, Snaut and Sartorious seem to have conjured up a veritable freak show of dwarves and twins via their subconscious wishes, which Tarkovsky only allows glimpses of, and when Snaut finds Kris burned after disposing of the first delectable Natalya he advises Kris to "start smaller".  The visuals challenge and tease, Tarkovsky shows rain falling inside the father's house at the end, and we know we're not in Kansas anymore. The long, poetic shots of nature in extreme close up, the languid flowing Solaris sea, all create a rich palette of mystery from which to overlay the existentialist dilemma. The long sequence of driving through a large city contrasts man's attempts at creating an environment against the beauty and wonder of an indifferent but awe inspiring universe.  Much of Tarkovsky's cinema is counter intuitive, he offers hi-tech idea's in a low-fi way, as he would later do in Stalker,  prodding the viewer to readjust their prejudices as a result. Godard did the same with Alphaville,  the future as a stripped back and stylised past, playing against expectations. Cinéma de contradiction?

The actors are fine, Banionis is suitably grave and conflicted as Kris Kelvin and anchors the piece, Juri Järvet is excellent as Snaut, but it's the enigmatic face of Natalya Bondarchuk who stays in the memory, a Mona Lisa for outer space, a fantasy girl for the eons (right Chris/herbie?). The Swedish actress Bibi Andersson was originally slated to play the part, but as it was Bondarchuk who'd given Tarkovsky a copy of the Lem book when they were film students, it's apt it ended up with her. Tarkovsky creates a world where the mind is engaged, the senses challenged in a way few science fiction films have matched before or since. A startling vision of a future that holds the same questions for humans on a search for meaning as our ancient past did, delivered in breathtaking style by a Russian master. 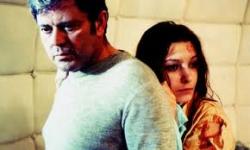 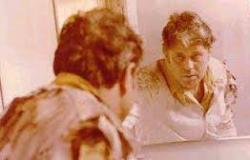