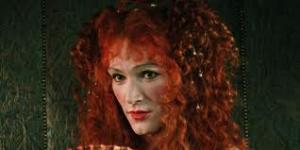 “We're actors — we're the opposite of people!”
― Tom Stoppard, Rosencrantz and Guildenstern Are Dead

British theatre doyen and multiple Olivier Award winning director, Richard Eyre, creates a beautiful and evocative bygone world with his look at Restoration theatre in the 2004 film, Stage Beauty. He set his keening directorial eye to work on a vivid adaptation of the American playwright Jeffrey Hatcher’s Compleat Female Stage Beauty, written for the screen by Hatcher himself. The usual coterie of superb British acting talent is on display in the shape of Tom Wilkinson, Edward Fox and Rupert Everett, but Eyre score unexpected points in casting two American actors in the leads, Billy Crudup and Claire Danes. Crudup had a deep background in theatre, playing Inge and Chekhov on Broadway but Danes was a child actor on TV before she became a film star at the tender age of 17. Eyre manages to make the multi-levelled script work its charms in a clear and concise way, letting the deeper psychological implications unfold incrementally, until they are indisputably centre stage.

Ned Kynaston (Billy Crudup) is the most acclaimed ‘stage beauty’ of his age, specialising in playing women’s roles on the London stage. Ned’s dresser (Claire Danes) watches nightly from the wings, transfixed by Ned’s performance, aching to play Desdemona in the theatre’s production of Shakespeare’s Othello. The unexpected ‘underground’ performance of Desdemona by a ‘Mrs Hughes’ sets theatre tongues buzzing, and Ned conspires with his lover (Ben Chaplin) to meet the ‘actress’ (“A what”? says Kynaston, when he first hears the word) at a dinner party at the palace. Ned is flabbergasted to find Mrs Hughes is none other than his dresser, and the pair become sudden enemies where once was easy friendship. The King (Rupert Everett) rescinds the proclamation that forbade women performing on-stage, suddenly London is awash with wannabe actresses and Ned is out of a job.

The myriad delights of the film are the levels of depth and intrigue that surround the key players, and each twist in the action seems to unlock another layer, like a series of Russian dolls. In a society where role playing is a political tactic used to amuse the monarch, and theatre is a form of mass entertainment, Hatcher devises a clever scenario where both ideas intersect. Ned is a sensation as a woman on stage, the beauty of all London according to arch diarist Samuel Pepys, but soon the King desires surprises. Ned is so content to play the feted star, so attached to the fame and perks of stardom, that he loses sight of his inner ‘self’, even to the point of adopting the off-stage role of a woman in a sexual liaison with the Duke of Buckingham. Mrs Hughes works behind the scenes to have her day on stage, and soon she has a powerful ally in the Kings mistress, Nell Gwynne (Zoe Tapper) who gets the King to adopt the French position of allowing women to act on stage.

Hatcher highlights the sexual ambiguity inherent in the central premise with the clever device of having a woman, Mrs Hughes, unconvincingly ‘play’ Desdemona, after Kynaston has scathingly questioned, “a woman playing a woman, where’s the trick in that”? He then repeats the dose by having Ned, who is a ball of gender confusion, attempt to play a man, and his flaccid Othello refuses to rise to the occasion. The loss of his ‘fake’ self leads Ned to a journey of discovery to find his ‘real’ self, and the discourse again reveals wheels within wheels as the actor collides with the man. When Ned protests to the King about his predicament, pleading, “I want to act”, the King archly replies that his edict was a “sop to the church, as acting a woman on stage leads to effeminacy and sodomy, and they should know”.

The beguiling notion that Hatcher explores is essentially that a man’s idea of a woman is bound to be flawed, as equally as a woman’s idea of a man. To elaborate, Ned is not playing a woman; he is playing his (male) idea of a woman. Mrs Hughes complains of his Desdemona that she lacks guts, because “a woman would fight”, and yet she is unable to contact her true ‘inner self’ to conjure up a convincing woman on stage when she gets the chance, i.e. she’s a fake. Wheels within wheels again. Paradoxically both Ned and Mrs Hughes need each other to unlock their true sexuality, to ‘complete’ each other, and this is the fulcrum on which the play turns. Buckingham also hides his true self, marrying a suitable aristocrat when duty calls, his real life no more than a role playing part written for him by convention and class.

Hatcher and Eyre build in several delicious, theatrical ‘in jokes’, the mirror-theatrical world is of course an illusion to start with, and this adds to the humour and to the conceit. Ned is beaten up in an act of revenge, when questioned by his director as to his injuries he dryly says, “I was fallen upon by a gang of critics”. Mrs Hughes is dreadful as an actress and ultimately she’s condemned to the constant, eternal compromises all of her sisters seem to fall prey to, getting her tits out for the souvenir engravings, “I want to be taken as a seriousactress”!   The producers are concerned with “bums on seats”, the clerics maintain that “all actresses are lewd women and whores”,  and a star is a star is a star. Mrs Hughes is a sensation, eclipsing even Ned, but she’s insecure, (there’s a novel thought, an insecure actress?)“Was I a good actress”?   she enquires, There was no comparison”   is the clever reply, alluding to the fact she was first. When Ned expresses dismay that a no talent could outshine him he’s told, “She did what she did first… you did what you did last”.  The topsy-turvy momentum continues, when told his leading actress is pregnant, the producer exclaims, “A baby, that didn’t happen in the old days”?! The game has changed.

Fittingly for a film about acting, the ensemble cast is first rate; the supports particularly provide a wonderful and authentic milieu within which the leads can spark. Claire Danes is lovely as Mrs Hughes, conflicted by her attraction to Ned and her need to destroy his trade in order to enable her dream, an “adoration suffered in deepest silence”.  Billy Crudup is the revelation however, and his sexually tormented actor is a fine and nuanced performance, full of brave choices and convincing characterisation. Everett is broad as the King, but Eyre commands the tone with flair and élan and incorporates the bits of business without distracting from the serious stuff.

Robert De Niro’s company, Tribeca, contributed to producing the film, which was a moderate flop at the box office, possibly because audiences were expecting the easy fripperies of Shakespeare in Love, and not the added depth and psychological probing of this work. The historicity of the work is on reasonably sound ground, and the look and feel of the piece puts it at the top end of period costume dramas. Stage Beauty is a great film for lovers of the theatre, but it also says something profound about the differences between men and women. The more things change…. 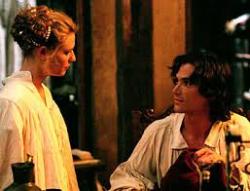 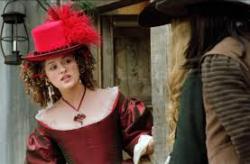 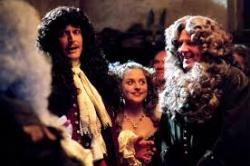 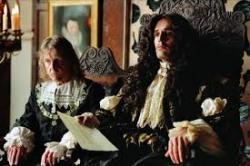 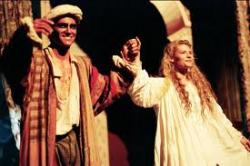