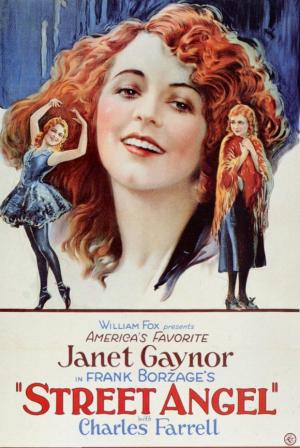 "It would have been more logical if silent pictures had grown out of the talkies instead of the other way around".
~Mary Pickford

The combination of F.W. Murnau’s presence in Hollywood, and recent technical developments such as extremely sensitive film stock and a highly efficient camera dolly was a major influence on late silent films in America, but most especially on Frank Borzage and Street Angel.  Though the effect of Sunrise  on his work is evident, it should be pointed out that Borzage’s style had been moving in this direction for some time: his films had already been noted for their expressive camera movements and significant use of shadow and light, and this film, lost until quite recently, turned out to be the second of four masterpieces in a row.

After finishing 7th Heaven,  Borzage had worked on three different projects that were scrapped as soon as the spectacular success of 7th Heaven required a quick follow-up reteaming Fox’s new stars,  Janet Gaynor and Charles Farrell. The choice was The Lady Cristilinda,  a 1922 play by Monckton Hoffe who later wrote dozens of screenplays, but didn’t brush against film history again until Preston Sturges used one of his stories as the basis for The Lady Eve.

Cristilinda,  described by Borzage's biographer Herve Dumont as a comedy, starred Fay Bainter and Leslie Howard on Broadway. The title was not the only thing changed by the director and his team of seven scenarists and title-writers. With cinematographers Ernest Palmer and Paul Ivano on board, along with art director Harry Oliver, the result was the director’s most Germanic film, and arguably Hollywood’s most Germanicly styled film, even more so than Sunrise.

Especially in the opening and closing scenes taking place in the mean streets of Naples, the camera is nearly always in motion, following Gaynor's Angela and the crowds surrounding and pursuing her.  She is wanted by the police and hides out with a traveling circus where she meets Farrell's Gino, a painter.  When the police catch up, the lovers escape together back to Naples where, in the midst of an idyllic love affair, he paints her portrait as the embodiment of innocence.   When she is finally, and unjustly, sent to prison for soliciting, Gino loses all faith, but as this is a Borzage film, he will come to see that being judgmental was wrong and that she is as pure as ever.

The director’s focus on his leading characters is even tighter than in 7th Heaven.  Although there is the traveling circus and the beautifully executed and photgraphed Naples neighborhood, both peopled with interesting characters, after a passage of time one is likely to remember Street Angel  as essentially a two character story.

The essence of Street Angel  and the essence of Frank Borzage are succinctly expressed in the film's opening title: “Everywhere … in every town, in every street … we pass, unknowing, human souls made great by love and adversity.” 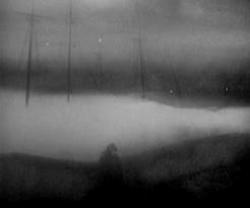 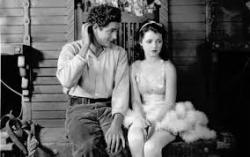 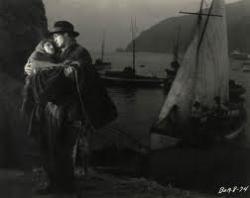 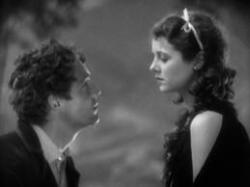