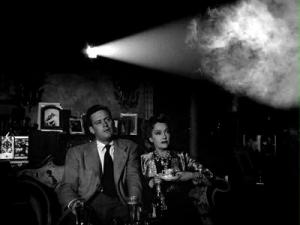 A timely way to rediscover the true greatness of a classic film is via the remarkable new Blu Ray offering from Paramount. Billy Wilder's masterful 'film on film' treatise has never looked better, crisp and startling, and well worth the price of admission, with hours of superb extras. Stupendous!

The title itself is a giveaway, the sun is setting on something, and as it turns out it's the life of a not-so starry eyed, mediocre writer and a once glamorous Hollywood star who has outlived her usefulness. This remarkable gothic-noir about the dark side of the Hollywood dream factory was the final collaboration of Billy Wilder and Charles Brackett after 13 years as a writing team. As the ultimate 'insiders' they were well placed to turn the spotlight inwards, but not everyone enjoyed what was revealed, Louis B Mayer fuming and calling Wilder a 'traitor' and yelling he should be 'run out of town', Wilder's terse and short reply enjoined Mayer to do something to himself that only a hermaphrodite was capable of doing. Wilder cast Montgomery Clift as Joe Gillis, the hack Hollywood writer who falls into the role of kept man to an aging screen legend, but he pulled out at the last minute and Wilder was forced to take William Holden instead, resurrecting his career from a string of mediocre films.

Joe is a Hollywood sideline player, a couple of screenplay B pictures to his credit, no income to speak of and has to outrun some debt collectors while trying to scam any job "even additional dialogue".... times are tough indeed!. Fate lends a hand and Joe blows a tyre outside a Sunset Boulevard mansion that's seen better days, he stashes his wounded car there and as he's leaving he's summoned to the house by the woman owner, Norma Desmond (Gloria Swanson). Mistaken for an animal funeral director (seriously!) arrived to bury Norma's pet chimp, Joe is drawn into Norma's decrepit and dusty world, finagling a job to knock her dream project into shape, a screenplay she's written for her comeback. Norma's wealth dazzles Joe, and he settles in do the writing job, but the monkey's fate proves to be a foreshadowing of his own, and Wilder's bleak comment on how Hollywood treats all it's performing animal acts. Joe becomes Norma's kept man, she has him moved into the mansion,  and buys his clothes and trinkets as befitting his new status. Joe feels as stifled as the lifeless statues that adorn the estate and "waxworks" friends that show up for Norma's regular bridge evenings. Norma declares her love for Joe after a New Year's Eve party for two, and Joe is looking for a way out. A pretty reader at Paramount takes his fancy and he's soon spending nights with Betty (Nancy Olson) writing a screenplay he can finally believe in. Norma finds out about Betty and Joe is forced to choose between the two.

Wilder was well aware the dream factory was also a slaughterhouse production line, churning through and making mincemeat of many a young mid-westerner's ambitions, oblivious to the damage wrought. Hollywood was also brutal with it's own legends when they no longer provided the all important profit and Wilder points this up in a way close to his heart, using Erich Von Stroheim as the butler Max. Von Stroheim was one of the pioneering figures during the silent era, a writer-director 20 years before it became the fashion but fell foul of the system by becoming overly extravagant and after the disaster of Swanson's own abandoned 1929 epic 'Queen Kelly', a film produced by her lover and the father of a future President Joe Kennedy, he never directed a completed picture again. Wilder employed him to play Rommel on 'Five Graves to Cairo', taking his lead from the great Jean Renoir who'd memorably employed Von Stroheim's acting abilities as the Commandant in 'La Grande Illusion'.  Wilder further underlines the Swanston connection by playing excerpts from 'Queen Kelly' on one of Norma's movie nights, as she forces Joe to sit through her old films, and it's this kind of detail that gives 'Sunset Boulevard' it's devastating verisimilitude.

Swanston plays the self obsessed actress to the hilt, echoing a Barrymore turn in it's intensity and near ham knowingness. Hollywood's youth cult is on display for all as the aging actress knows she must attempt to reverse the ravages of time, making ever more grotesque beauty preparations in an effort to play her 'comeback' role, the young seductress Salome. Ironically she comes alive with Joe's life-giving presence at the mansion, but once again she becomes neurotic when faced with the possibility of losing him, as she once lost her career and her audience. Wilder films her luxurious isolation as the price she paid for the inordinate degree of love and adulation she once enjoyed, and now Joe is set to pay his own price to continue the empty charade. Joe's tragedy is that he sees finally that his mediocre talent won't supply him the fortune to which he aspires, and when he cuts Betty free it's as much for her good as recognition of his own aching inadequacy.  Wilder cunningly reveals at that point that far from being only her butler, that Max was indeed her first husband and the director who 'discovered' Norma, echoing Joe's decision to stay close to the fame and fortune even a faded movie start represented, but at the cost of his self-respect.

'Sunset Boulevard' is one of Wilder's most visually impressive pieces, and some of his set up's and choices are of a kind he didn't tend to favour. Known, perhaps unfairly, for following the story at the expense of an expressive visual language, he again teams with cinematographer John F. Seitz to evoke a palette every bit as potent as their previous noir collaboration 'Double Indemnity'. Wilder brilliantly frames two vacant doorknobs on a set of double doors leading in to Norma's bedroom as eyes that are watching Joe, and when she turns out the light, it's as if the eyes shut, allowing Joe to escape her constant gaze. The opening scene in the swimming pool is justly famous, a marvel of technical ingenuity creating an emotional impact, and only decided upon once preview audiences laughed at the original opening where Joe and other corpses in a morgue discuss how they got there. Wilder was shocked at the reaction, as an emigre where English was probably his fourth language it would have unearthed some insecurities certainly, and it wouldn't be the last time his strand of dark satire would be mistaken for broad humour but it prodded him into providing something unambiguous and stylish, that also played in Poughkeepsie.

Wilder's use of Cecil B. DeMille as himself is also an insider's joke, as DeMille did direct Swanston in some of her silent epic successes, and the scene where Norma returns to Paramount to see her old boss is both touching and uncomfortable. DeMille works out what is going on with a minor exec wanting her vintage car and Norma mistaking this insistence for interest in her appalling script, and says to a lackey, "forget about the car, tell him to get another old car". This sums up the interchangeable nature of Hollywood's use for Norma, she's as dead to them as her monkey, and they can easily find another vintage item when needed, she's lost her cache and it's time to face reality. Wilder allows a small moment of nostalgia when the old stage hand turns a pin spot on Norma and all of a sudden all of the extra's on DeMille's picture pay homage in a touching and real moment of connection and yearning for a lost era. There's an ironic footnote with DeMille and Wilder later that same year in a Screen Director's Guild meeting in October 1950 where DeMille vilified fellow directors with European names in an attempt to smear them as communists. DeMille was heavily supporting HUAC, even providing dossiers on directors he suspected of having leftist leanings, and in the meeting he spat out the names of Zinneman and Wilder as Tz-sinman and Vi-lder, trying to play up their Germanic association, as if that was reason to distrust these men who'd fled from fascists in the first place. Nice guy. John Ford ended up putting him publicly in his place at that meeting, even if privately he apologised and praised DeMille later.

Billy Wilder spent the war years making a documentary about the Nazi death camps, so the bleakness of most of his post war output, combined with a natural bent to cynicism probably explains the tenor of 'Sunset Boulevard', 'Ace In The Hole' and 'Stalag 17'. Wilder took a break from the darkness these films essayed and spent a good part of the mid to late '50's doing romantic films and comedies. That he could effortlessly provide masterful films in these genres after the triumph's of his hard hitting noir pieces is just another enigma in the life of Billy Wilder, Billy how did you do it? 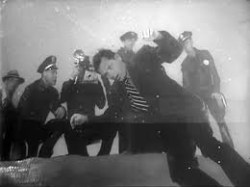 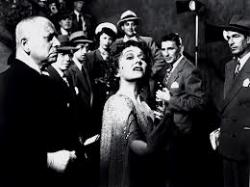 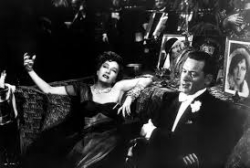 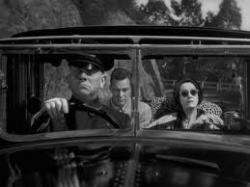 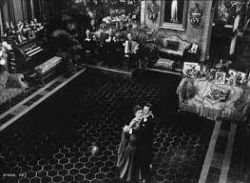 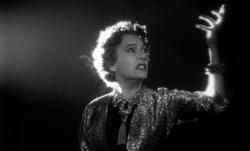