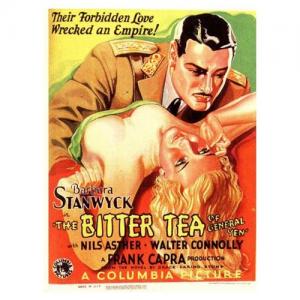 The Bitter Tea of General Yen

Bitter Tea Of General Yen represents a visual high water mark for Frank Capra and his cinematographer Joseph Walker. The exotic Chinese setting means they were able to shoot in the style of Josef Von Sternberg and give full expression to the rococco visual elegance that all of that implies in a way that was not possible in any of the purely American heartland films they collaborated on. The project was an unexpected one for Capra as he had not been involved in it’s development but came to it late after the first director, Herbert Brenon, was fired. It seems Capra was looking for an explosive subject with which to garner academy attention and in an inter-racial romance he thought he’d found it, consequently he pulled out all stops to make an ‘important’ film to bring him his much coveted Academy award.

Casting the titular role proved problematic, then (as now) a paucity of A-list Asian or Euro-asian actors with the gravitas to pull off the performance meant that Capra had to settle for a European actor made up to look oriental. There is a school of thought that this makes the film racist and unpalatable to modern tastes, but that view is far too superficial to stand. Firstly it’s called acting for a reason, and to deny that is to deny traditions dating back to Shakespeare. Laurence Olivier playing Othello in blackface is not racist, anymore than Robert Downey Jnr’s hilarious turn in Tropic Thunder was, it’s about context and use. Also the whole point of the film is that people are people regardless of skin colour, so to dismiss it on those grounds is an insult to the book and to the film. Nils Asther gives a great performance as Yen, dimensional and sympathetic, convincing us that a prim and proper missionary could indeed fall for his cultured and inscrutable oriental charm.

The film opens with refugees fleeing civil war in Shanghai, while a group of British upper class types are preparing for a wedding, the Chinese choir singing Christian hymns in the background subtley sets up the clash of cultures. The would be bride is Megan Davis (Barbara Stanwyck), a western missionary caught up in the exodus of humanity and she sees a rickshaw boy killed in the chaos, and reproaches the owner of the car, General Yen. The frisson between them is apparent. The wedding is postphoned when her story book handsomely heroic fiance Bob Strike (Gavin Gordon) wants to save some orphaned children first. The pair venture back out into the struggle and Bob knows he needs a safe conduct letter from Yen to have a chance to pull off the task safely. Yen, advised by an American rogue capitalist Jones (Walter Connely) proves duplicitous and the fraught rescue mission falters, with Megan getting seperated from Bob, ending up injured and falling into the care of Yen. Jones represents a USA intent on financing war and exploiting China in any way possible, whereas Megan represents the guilt that imperialism of this kind brings, a ‘white man’s burden’, as much as the desire to convert the locals to Christ.

Megan finds herself a virtual prisoner in the luxurious confines of Yen’s palace, Yen claiming she will have to wait until it’s safe to travel back to her fiance, to the consternation of girlfriend Mah Li (Toshia Mori). Megan is faced with the shock of daily firing squads in the courtyard outside, the same place she sees a truckload of women brought in for the soldiers, and tellingly she’s not repulsed as you’d expect of a missionary girl, watching them as they pair up and find places to couple. All of this panorama reinforcing her western view that life is brutal and cheap in China, but lays the seed of doubt in her convictions. In an environment where great beauty co-exists with great cruelty Yen’s aphorism, ‘life, at it’s best is unendurable’, takes on an almost existentialist overtone. The spark of sexual attraction between Yen and Megan is made clear, and it seems that what they each represent is the ‘other’, a kind of reflection of the unspoken or subconscious yearning they both feel but never articulate. This ‘other’ is superficially at skin colour level but also at a cultural level, and the core of the story is in showing once they are stripped away we are left with two hearts, able to connect without artificial barriers.

Mah Li is enlisted into helping Megan escape, and Megan witnesses that Mah Li is carrying on an affair with one of Yen’s officers. Megan falls into a dream, where a caricature rapacious Chinese bursts into her bedroom, a monstrous version of Yen, only to have a western looking masked man enter to slay the demon and save the damsel. The mask is lifted and the saviour is not the expected fiance Bob, but Yen, at which point Megan kisses him and dissolves into his arms. She awakes conflicted and confused, and Yen further muddies the waters by showing a cultured and erudite side, a man of music and poetry, telling her of his race that they were ‘more purely artists, more purely lovers’ than any other. Megan at one point starts to prepare herself for a dinner, putting on make up and a gown, but pulls out at the last minute and scrubs clean. At the dinner Yen finds out about Mah Li’s betrayal which will ultimately extend to his downfall. Yen continues to pursue Megan, determined to break down the ‘great wall’ that she has constructed around her with her dishonest puritan values and useless words.

As Yen’s physical world crumbles he reactes nonchalantly, more concerned with the metaphysical, and in the key sequences he’s seen preparing a suicide potion, the bitter tea to end the unendurable, maybe for both Megan and himself. He is interrupted by Megan who has at last dressed for him in the stunning gown and made herself up. She breaks down and confesses her love for him, and at that moment he knows he has achieved a sublime trancendence that reality cannot hope to live up to, and so he drinks the tea, leaving Megan to reasses the values upon which her world was built. The film is a humanistic ode to the universality of the human condition, Stanwyck, who had a failed relationship with Capra prior to the film, giving great credibility to the part with a nuanced performance and she never looked more ravishing than in the Yen death scene.

The production was a triumph at every level, except at the box office, it’s themes too enlightened for the masses it seems, and even though it was the prestigious opening film for New York’s Radio City Music Hall it lost money and never found favour with the depression era audiences. Capra excelled in the scenes where the money train is captured which are truly epic, and the handling of all the large scale conflict is superbly managed with clear and crisp lines of narrative delineation. The interiors of the palace are elaborate and beautiful and the entire ambience is never less than totally convincing. From a 21st century viewpoint, knowing what we do of Capra’s entire career and looking at the ingredients going into this film one would have had no great hope for anything other than a disaster, that Capra fashioned an absolute masterpiece is a thing of wonder. He thought it his best film, he was right. 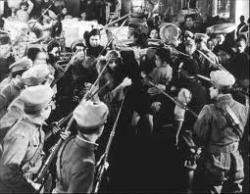 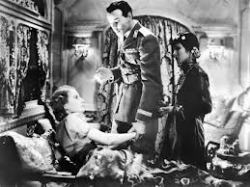 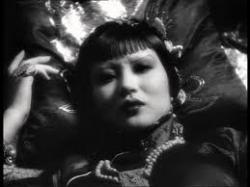 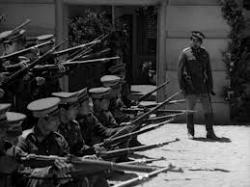 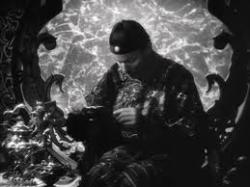