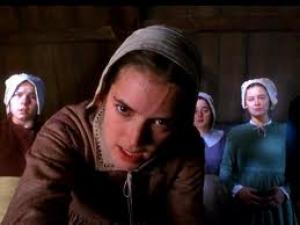 Arthur Miller's direct response to the HUAC 'witch hunt', and to his one time close friend Elia Kazan's decision to appear before the commission as a friendly witness and to 'name name's,  was to write an allegorical account of betrayal and suspicion set amongst the witch burning's of Salem in the 1690's. Kazan and Miller had a long history together and Kazan notably directed both 'All My Sons' and the immortal 'Death of a Salesman' in their premiere runs on Broadway. The pair worked long and hard in the early '50's on a project focusing on the waterfront of New York called 'The Hook', but it collapsed over the concerns in Hollywood of producing something too 'leftist'. An indication of their closeness was when Kazan and Miller entered a period where they were part of a 'threesome', in Kazan's words, where both were seeing and wooing Marilyn Monroe, who ended up marrying Miller. A little later Kazan was called to give testimony to HUAC, and swore to himself he would admit his own membership of the Communist Party, a legal organisation, for a couple of years in the '30's, but would not name others who had been as that would be "shameful".  Kazan relented under enormous pressure and having no love for the Communist Party decided to name others who were already named. Miller never forgave him, although the two did work together again years later as part of the executive of the Lincoln Centre where, ironically, Kazan directed 'After the Fall', Miller's dissection of his time with Marilyn. It took over 40 years for Miller to re-visit 'The Crucible' and to participate in a screen version of the play.

A group of young women from the town of Salem, Massachusetts gather in the woods with Tituba, a Barbadian slave girl, who leads a voodoo style ritual where the girls mostly put love spells on the men they fancy. Abby Williams (Winona Ryder) whispers a request into Tituba's ear, before she grabs and kills a chicken, smears her face with it's blood and causes the other young girls to be whipped into a frenzy of dancing and chanting. Abby's uncle Reverend Parris (Bruce Davison) discovers the girls, who all run, except for Abby and the Reverend's daughter Betty. Rumours of what went on in the woods sweep the village, and to avoid punishment Betty feigns being in a coma, and a religious inquisitor, Reverend Hale, is called to see if she is possessed by the devil. Abby leads the girls in claiming the devil made them do it, and they denounce Tituba as a witch, and after a severe beating she confesses to the untruth to save her life, as confessing to being a witch is the only means of avoiding the gallows. Abby's motives soon become clear, she is in love with local married man John Proctor (Daniel Day Lewis), with whom she'd had an affair, and wants his wife Elizabeth (Joan Allen) out of the way. Elizabeth is accused of being a witch by Abby and John steps in and admits the affair in order to save his wife, saying of Abby 'This is a whore's vengeance now'. John is then accused by his servant girl Mary, who was with the girls in the wood but who John had persuaded to tell the truth, but when the other girls turn on her, she names John to save herself.

Old grudges, political advantage, greed, jealousy and recrimination are the background for what happens as the townspeople turn on each other under the increasingly unstable influence of the girls account of what happened in the woods. "Wheels within wheels",  John tells the chief inquisitor conducting the trials, Judge Danforth (Paul Scofield). Hale began the inquiry by asking the girls to name who was with the devil, after they reveal they can 'see' the invisible threat, "I want their names, you can save yourselves if you tell me who it was"?!  People are arrested on this testimony but even Hale begins to suspect the girls are lying and making false accusations. Abby is intoxicated by her new found power, as one word from her has the authorities jumping, and she tells John as she pressures him to leave Elizabeth for her, "I have the power to cleanse this town".  Abby alludes to the repression of the patriarchal culture, and the relief that Tituba's paganism represented from the misogynistic world the girls inhabited, "Christian women boiling in lust",  as they let their inner nature free in the woods. The Church however insists on it's dominion over the 'realm of the invisible', and pits it's invisible God against the girls invisible devil. "God never spoke in my ear",  says the pragmatic John Proctor. It's clear religion here is a tool for control, not for any degree of 'spiritual' enlightenment, and that tool is ironically turned back on the conservative institutions of state by women who are denied any access to that institutional control at all.

Salem in 1692 was a wisp of civilisation on the outer limits of western man's push into the wilderness. A religiously driven community continued to solidify the foothold of the original pilgrims of only a couple of generations prior and to tame the New World in the name of their God. A society that is led by a philosophy of fear is one in peril of falling into hysterical and irrational responses to perceived threats, as did America during the 'red scare' of the 1950's. Politicians exploited and exacerbated this fear for their own gain, effectively creating a problem in Hollywood that did not exist, and then magically convincing the public that they had a 'solution'. Miller's play addresses the stresses placed on individual's when a societies institutional might is used against it's own citizens. He places it within the framework of a man strong enough to forfeit his life against this machine, and by implication condemning men, like Kazan, who could not stand up to such pressure. John Proctor stood up and in defiance of his prosecutors uttered an unthinkable line for a man at the time, "I say God is dead",  and revealed the empty and hypocritical men who served this idea for what they were.

The film is a lovely and moving transfer of the play to the screen, with the screenplay written by Miller himself. The casting is crucial and in this director Nicholas Hytner, who trained as a theatre director on the British stage, is well served by one of the foremost actor's of his time in the role of John Proctor, in Daniel Day Lewis. Lewis brings all his skill to the table, able to move from quiet bemusement to explosive rage, investing in the part and taking risks in showing the dimension of a character disgusted by his own weaknesses. Winona Ryder found a perfect part for her particular abilities, and provided one of the high points of her rollercoaster career in the scheming and venal Abby, a cornered rat in a world quickly closing in. Paul Scofield and Joan Allen bring enormous gravitas to their roles, and the entire ensemble is never less than excellent.

The HUAC investigations remain a huge stain on the history of American liberalism, and Miller himself was held in contempt of it at a later time. Kazan had consulted Miller prior to naming names, and Miller had asserted it would be a "disaster"  if Kazan was run out of the business, and said, "anything you choose to do is fine by me as your heart is in the right place".  Kazan named eight other members of the Group Theatre who were members of the Communist party with him in the '30's, all of whom had already been named to HUAC. Kazan disliked the play as an allegory against McCarthyism because he said "witches didn't exist, Communists did",  but this misses a key point regarding the use of scare mongering by institutions as a tactic for leverage in prosecuting an authoritarian agenda, in that the thing need not be 'real', it's the fear that is. Elia Kazan had a nickname he disliked, 'Gadg', that he earned during his time with the Group Theatre, and at the opening night after-party for 'The Crucible' on Broadway, Arthur Miller raised his glass with the company and simply said, 'this is for Gadg'.

The Crucible  is a morality fable for all time, one that was conceived in disappointment and heartache, and as a possibly misguided message from one friend to another about the value of loyalty. It resonates through the years though, as the propensity for institutions and politicians to play to people's fears and to then gain an advantage will never go away it seems. 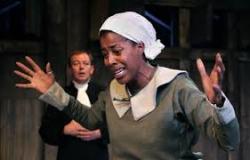 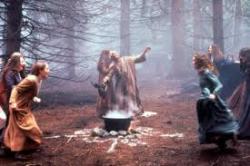 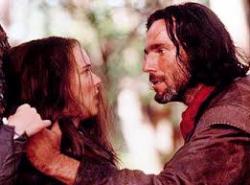 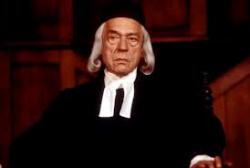 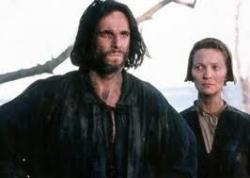 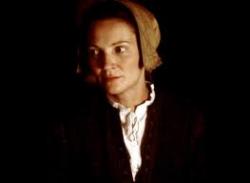 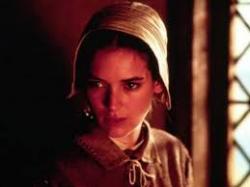