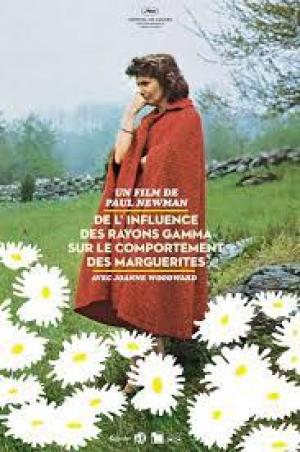 The Effect of Gamma Rays...

The Half Life of Betty The Loon

'To that extent that you can sustain and maintain that childlike part of your personality is probably the best part of acting.'
~ Paul Newman

Paul Newman and Joanne Woodward shared a long, productive personal and professional partnership that delivered many remarkable results, none more so than the downbeat existential drama of this gem from 1972, The Effect of Gamma Rays on Man-in-the-Moon Marigolds. Paul Zindel wrote the play and Newman engaged the talented Alvin Sargent to adapt it for the screen and then promptly cast his daughter Nell (under the pseudonym Potts) to play the key role of Matilda. The play had won the Pulitzer Prize for drama in 1971 and provided an ideal starring vehicle for Woodward who had cut down on her film career in favour of devoting time to her young family. The score is a masterclass in composition and tone from French maestro and David Lean favourite Maurice Jarre.

Beatrice Hunsdorfer (Joanne Woodward) is a frustrated, middle-aged widow with two teenage girls in Suburban, Anytown, USA. Eldest daughter Ruth (Roberta Wallach) seems to be following in Beatrice’s cheerleader boots at the local high school while introverted Matilda (Nell Potts) is quietly plotting a different path. Beatrice loses herself in a mix of booze and delusions as she numbs herself to the reality of living on the edge, isolated and exposed in a society that has long since put her in a neat ‘crazy bitch’ pigeonhole. Beatrice takes in Nanny (Judith Lowry), an elderly lodger, to help with the rent, Ruth chases boys and Matilda enters her science project for a school prize.

In over 54 years in the industry Paul Newman rarely directed features, only helming 5 films over the course of his career. The Effect of Gamma Rays… was his third feature as director and given the opportunity to help his wife in a role she seemed born to play you can understand the attraction here. Like his work as an actor, Newman as director is fully engaged, and his immersion in the nuance and tone of the piece is every bit as pivotal as Woodward’s wholehearted performance. Beatrice is the collateral damage of a society that marginalises women, especially young widows, who find any status or worth has vanished upon the death of their husband, no matter that the husband was an abject failure. Beatrice responds with the tools at her disposal, fading looks to flirt with neighbours, bitch-force tantrum pressure to shame her brother-in-law to loan her money and booze when all else fails.

In some ways Beatrice was a middle-aged, updated version of Woodward’s ferocious suburban character in Martin Ritt’s No Down Payment from 1957. In that film Woodward is Leola, the feisty young wife of the ambitious but macho husband played by Cameron Mitchell as she realises that she’s trapped in a cultural and societal web where she’s expected to subvert her wishes to those of her husbands – in effect to shut up, have babies, cook and look after the suburban dream house. Leola is prematurely widowed and sets off for a new start, but Beatrice has been pinned down by the responsibility of two young children and any ambition she had has been crushed by a society not set up for her. Beatrice, like her less-than-dream-house, has seen better years and in a chilling sequence where Nanny walks slowly to the bathroom, Beatrice can see her future coming at her one frail step at a time.

Newman directs in a very measured way, unfussy and perceptive, capturing all the emotions and reactions on offer, in an environment that never feels anything less than authentic. The young actresses both deliver wonderful performances against Woodward’s, playing contrasting and balancing foils against Woodward’s bravura Beatrice. Roberta Wallach’s Ruth is a vision of a Beatrice past, and Nell’s Matilda a ghost of Beatrice’s unrealised future, and both represent flowers who need to be nurtured in order to bloom. Matilda’s gamma ray experiment suggests that she’s avoided the ‘mutations’ that have made Beatrice who she is, and that threaten to make Ruth a Beatrice clone. Matilda has been nurtured by her kindly teacher who sees promise in her that her mother denies. Both Wallach and Potts are note perfect, helped no doubt by having a director interested in the human element – Newman said of the film, ‘I’m not interested in concepts or messages…. I’m creating emotions.’

Zindel’s play does not demonise Beatrice and both Newman and Woodward are never patronising or condescending in their treatment of her. They also make sure we know Beatrice is no dummy, even if she was the class clown in her day, known as Betty The Loon, a stigma that comes back to bite her in a heartbreaking way. Beatrice is very sharp in social exchanges, deathlessly nailing the daughter who is borderline disposing of Nanny and is arch and capable in handling the men who are too eager to get her drunk. Woodward is sublime in a demanding role, drawing on every ounce of her range and ability to produce an indelible portrait of a fractured soul, and at an age where actresses struggle to find good roles, she demonstrated the fearlessness required to pull it off.  It was an extremely difficult role for Woodward, in that she found it hard to shake Beatrice’s ugliness of spirit and it took her some time to detox after filming wrapped. Beatrice is bitter at her place in the world, contrasted by the hope that Matilda represents – ‘No mama, I don’t hate the world.’

The small miracle of this film is that Newman, the biggest Hollywood star of the era, managed to deliver such an anti-movie star, against the grain film. It feels more like a John Cassavetes indie or maybe a Robert Altman low budget gem, but either way none of those directors are the first you’d think of during the New Hollywood/Hollywood Renaissance era then being dominated by the so-called film school brats. And for an Academy Award winning Best Actress like Woodward (she won for Three Faces of Eve in 1958) it is a brave choice to play a faded, suburban mother living a life of not so quiet desperation. Beatrice is seen as a ‘ball-breaker’ for daring to ask for her cheesecake half-slice of the American Dream. Woodward said she understood Beatrice – not on a social level, but maybe at the level of a frustrated woman trapped by the circumstances of her own fertility and destined to submerge her own desires to take care of the kids.

Newman and Woodward had acted together in several fine films and Paul first directed his wife in the excellent award-winning drama Rachel, Rachel in 1968, which was his directorial debut. They acted together on a couple of projects in the interim – the James Goldstone directed Winning, a popular race car movie that played to one of Newman’s obsessions and WUSA, directed by Stuart Rosenberg, a film that failed to fire at the box-office. The couple were hoping for another Rachel, Rachel type success with Newman again directing and not starring and Woodward in a demanding lead role, but the public didn’t care for its 'kitchen sink' realism or its warts and all look at the lower classes - maybe in the same way pre-war France didn’t care for Jean Renoir’s The Rules of The Game. Renoir was told, after its scandalous screenings and box office failure – ‘For God’s sake Jean, don’t show them the truth, they’ll string you up!’

Newman was always in awe of his wife’s acting talent and seemed to be overly insecure about his own. This was probably due to having a distant and cold father who saw no value in the arts, and also to do with his ‘pretty boy’ looks, never knowing if his acting ability was overshadowed by the fact that he was incredibly photogenic. It seems that in acting ability Paul thought Joanne was ‘steak’ and that he was ‘hamburger.’  Either way, Paul Newman and Joanne Woodward’s extraordinary legacy is both intertwined and assured and The Effect of Gamma Ray on Man-In-The-Moon Marigolds holds a special place as heartfelt look at a troubled soul and is an under-appreciated, underrated gem.

*Screenwriter Alvin Sargent was writing the adaptation for Paper Moon (around the time of Gamma Rays) for proposed director John Huston, who interested Newman in it as a vehicle for himself and daughter Nell. Huston pulled out and Newman let it pass. Daughter Nell never acted again. 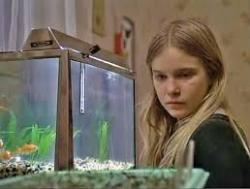 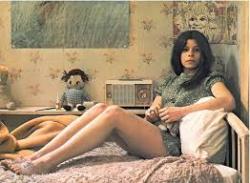 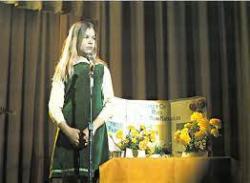 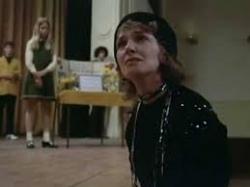