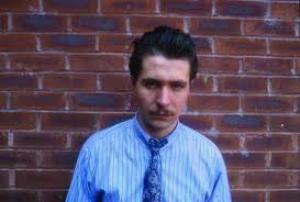 Football hooliganism has been a fecund topic for a number of high profile films over recent years: Green Steet, ID, The Football Factory, et al. Yet one film continues to remain the ‘daddy’ and that is Alan Clarke’s 1989 drama The Firm. Starring Gary Oldman, who had already made a name for himself in the UK and was on the verge of breaking the US market, he gives one of his most complex and rounded performances as Bex the ebullient leader of the football gang, The Inter-City Crew.

The narrative is slight, with Oldman trying to amalgamate several different crews for a forthcoming European tournament. However, the film is more interested in the intra and inter-group dynamics mediated through Bex’s proclivity for violence. To say the film is about football hooliganism the game itself is barely observed, with almost all the drama taking place outside the ground.

Clarke’s film dispensed with the clichéd view of the football hooligan as a thug with a skinhead. Bex was the antithesis of this stereotype: well educated, articulate and family-oriented. His desire for the vicarious thrills of this tribal gang warfare was impossible to discern when away from his crew. However, the film clearly suggested that the thrill of violence was a microcosm for an emasculated male population a decade into Thatcher’s Britain.

Bex may have been a kind, considerate family man, but when called upon to show his alpha-male credentials, he more than measured up. This was displayed from within his own crew, when he had to reassert his authority following mutinous rumblings, or with the leaders of other crews, who were looking to usurp him.  The trajectory of violence begetting violence inexorably moves the film towards its tragic ending with Bex being shot dead by another gang leader. An epilogue reveals that Oldman’s death has led to him assuming mythic status amongst his fellow hooligans, with the once rival gangs celebrating him and uniting as they headed for European shores.

Clarke, in many ways, could be considered an extension of the British social realist movement; although unlike Ken Loach, his critiques are less polemical, yet more violent. He invites the viewer to examine his dramas then draw their own conclusions. Having said that, Clarke does maintain the stark palette of the social realists and because of that his work, including The Firm, is as much a time-capsule as a piece of excoriating fiction.

As someone who regularly experienced the milieu of football grounds during the mid to late eighties and having witnessed gang culture and violence close-up, I can confidently state that the world Clarke depicts was utterly authentic. The great tragedy for British film was that The Firm became his valedictory work and his voice was cruelly silenced by cancer in 1990 at the premature age of 54.