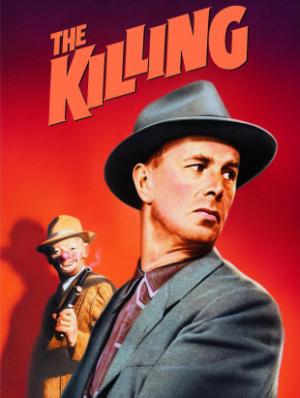 Stanley Kubrick’s second feature, albeit with a tiny studio budget but an essentially independent aesthetic, sees him clinically dissect the heist genre with such confidence and panache it set him up for a long term career. He not so much knocked on Hollywood's door as took to it with an axe.... here's Stanley! The joy in The Killing is the wit and style Kubrick packs into short running time with the kind of energy and swagger that Godard would bring to Breathless some 3 years later. Kubrick was fond of chess and this caper flick unfolds like a game or a puzzle in the structure and in the fractured flashbacks, not too challenging to modern audiences but very confronting at the time of release in 1956. The narration was a studio imposed idea that Kubrick disliked, but is not too jarring and given the realist visual tone, it adds it an almost documentary feel of the kind many ’50’s police procedurals had. Whereas the heist film was particularly suited to the narrative, linear flow of film technique up until that time, e.g. Huston’s The Asphalt Jungle or Dassin’s Rififi, Kubrick made the perverse choice to play with the time scale via flashbacks and also crucially via different points of view of the same action.

Kubrick opens up The Killing like a chess game, with quick moves from bit players to set the scene for battle before the larger pieces are brought into play. In much the same way as his debut Killer’s Kiss, which he directed, scripted, edited and photographed he takes a seedy, low-life milieu and this time meticulously unpacks the layers of planning and risk involved in holding up the racetrack. Johnny Clay (Sterling Hayden) is an ex-con out for one big score, he recruits a variety of key personnel into his scheme, the bartender at the track, a corrupt cop to pick up the bag of loot, a teller to give him access to the money room, but stresses the importance of secrecy. The group is remarkable in it’s ordinariness, the little corruptions of life have pushed them all into taking a chance on a big time criminal heist, but a more average bunch of lodge brothers you will never meet, this is one of the levels of humour employed by Kubrick and his writer Jim Thompson. All is in place when the teller George (Elisha Cook Jr) can’t help giving his scheming and cheating wife Sherry (Marie Windsor) a clue that their fortunes are about to change. Sherry follows George to a final planning meeting only to have Johnny find her, he kicks George out and grills Sherry ‘she has a dollar sign where most women have a heart’. Convinced there’s no lasting damage done Johnny continues with the plan, but Sherry had told her small-time mob boyfriend (Vince Edwards) who had followed Sherry to the meeting.

The plan is compromised, the fine machine and clockwork precision has a spanner in the works and Johnny doesn’t know it, as Sherry has played up to George’s sexual insecurities by intimating that Johnny raped her after he left. Johnny recruits a philosophical wrestler (no kidding!) to start the fight that will distract the guards at the track. The wrestler delivers the key soliloquy of the piece, in calling Johnny an artist at what he does ‘the public has an underlying wish to see an artist destroyed at the top of their glory’, he notes that mediocrity is rewarded and it’s best to stay in the crowd. This is a resonant area for Kubrick, already working within th confines of a studio system that would not let him both photograph and direct because of union demarcation issues in studio financed films. Lucien Ballard was employed as DOP and immediately fell foul of Kubrick by changing a camera lens ratio set-up and moving the position to accommodate the new lens. Kubrick, who spent years as a photographer and shot his debut with such mastery he could have been a top line cinematographer alone was livid, ‘Put it back to what I had or leave the set and don’t come back’ was the one sided conversation.

The day of the heist proceeds, Johnny has recruited a sociopath, Nikki (Timothy Carey) to shoot the favourite in a race, and Carey chews the scenery doing his best Kirk Douglas impression it seems, either way the distasteful shot is made and the horse is dead. Johnny gains entry to the money room as planned, but George is now armed, intending to square up with Johnny at the split up later. The group gather at the room waiting for Johnny, but before he arrives Sherry’s boyfriend bursts in to claim the dough, only to shoot it out with George. Like Shakespeare, everybody dies!, except a wounded George who stumbles home and shoots Sherry. Johnny gets the loot and with his girl goes to catch his plane to freedom, but is not allowed to carry the large suitcase full of money onto the plane. As the couple line up to board the -plane they watch as the luggage truck drives across the tarmac, only for the driver to have to swerve to miss a little dog that escaped it’s owner in the passenger queue. The suitcase falls, breaks open and $2 million in case is scattered to the winds. Johnny walks outside in a daze, only to have two cops approach to arrest him. Urged to run by his girl he refuses, ’what’s the difference’? Johnny, at the moment of his highest glory, his masterpiece ruined by an uncontrolled moment of chance, is publicly destroyed.

The Killing represented the maturation of a significant talent. Kubrick’s execution of a complex plot with many bravura sequences was already streets ahead of his contemporaries, and if the public did not yet know him the industry did, with many influential people lining up to work with him after this. The casting is first rate, Sterling Hayden had a uniqueness amongst the leading men of the time, much like a Robert Mitchum and his strength anchors proceedings. Hayden brings a brittle bitterness to the part, possibly informed by the healthy self-loathing he felt after he 'named names' to HUAC in order to continue working. Elisha Cook Jr, the supporting actor found in classic after classic, is great as the nerdy George and Windsor shines as the grubby Sherry. Kubrick took a well worn genre, and at nearly the end of the Noir era he made one of the most fresh and inventive films of the ’50’s. The debt that he owed to Dassin and Huston et al, more than compensated for by the debt future directors would owe him. If cinema is a largely collaborative medium that Kubrick was ill-fitted too, having had total control over his first effort, Killer’s Kiss, but then progressively losing areas of control over the next 10 years, he still found ways to achieve excellence. He worked assiduously until he won final cut back after Dr Strangelove, even extending his control to release schedules and promotional decisions. Kubrick’s starting point for any task that anyone else was handed seemed to be ‘but I could do it better’, and given the breadth of his abilities, it would be hard to argue. 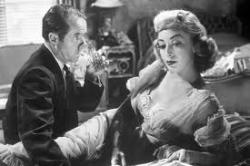 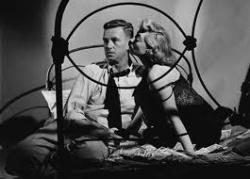 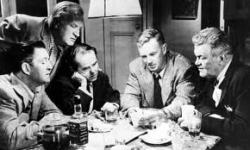 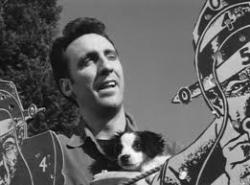 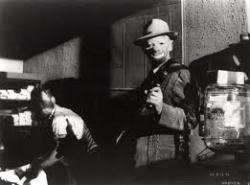 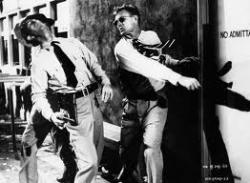