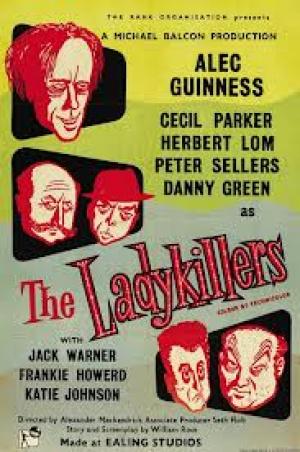 One of the prize jewels in the glittering post war Ealing crown, 'The Ladykillers' is a witty and dark comedy featuring an arch turn by studio icon Alec Guinness. Under the sure hand of director Alexander Mackendrick, the sharp script comes off as a real life version of an 'I tawt I saw a puddy tat' Looney Tunes cartoon, where the sweet little old lady sails unscathed through the calamity all around her. McKendrick employed a gaggle of A-grade support actors to surround Guinness, in Cecil Parker, Herbert Lom and Peter Sellers and the sweetest old lady imaginable in stage veteran Katie Johnson. The location shoot near Kings Cross Station in London added to the wonderfully atmospheric feel of the piece, an increasing trend in British cinema in the '50's as it broke away from it's studio confines. The film benefits also from being shot in colour, a rarity at the time in British cinema.

Mrs Wilberforce (Katie Johnson) has a room to let, and a shadowy stranger arrives to take it. The new tenant, Professor Marcus (Alec Guinness) tells Mrs Wilberforce he is involved in a string quintet, and they will be practicing in the room each day, when in fact it's a cover for a robbery they plan.  Marcus is joined by four decidedly un-musical types in Bovver boy Harry (Peter Sellars), ex-boxer One-Round (Danny Green), an ex-military con man (Cecil Parker) and out and out gangster Louis (Herbert Lom). Mrs Wilberforce unintentionally interrupts their plans at the most inopportune moments, and the planning proceeds under duress. Complications arise when Mrs Wilberforce finally sees the true intentions of her houseguests, and the men agree she needs to be disposed of, a proposition that proves much harder in the doing than it should be.

MacKendrick makes great play of the mis-match of energy and purpose, as the innocent little old lady's world collides with the world of crime. MacKendrick sets up the pay-off early on by having Mrs Wilberforce anxiously report an incident to her local police, who fob her off in a light-hearted way. MacKendrick makes sly use of an iconic 'police' actor, Jack Warner, a household name for his rendering of Constable Dixon in Ealing's massively successful 'The Blue Lamp' in 1949, as he gently handles Mrs Wilberforce's concerns. Guinness also makes reference to the much loved actor Alastair Sim in his make up and manner for Prof Marcus, adding to the aura of fun and frivolity and wit. Guinness established himself as the most versatile screen actor of his time in many Ealing comedies in the '50's, particularly the multi-role parts in 'Kind Hearts and Coronets', but also in the superb 'The Lavender Hill Mob' and MacKendrick's 'The Man in the White Suit'.

England's austerity in the post war years was a gruelling reality for most of the population, rationing still a part of daily life as the country struggled to pay off the catastrophe of WWII. Ealing proved to be the studio of the moment in turning out entertainments that could help relieve the tough times in some small measure, and enjoyed great successes with gems like 'Whiskey Galore' and 'Hue and Cry'. It's no surprise that once the country found it's way out of that period Ealing's style had to make way for the harder and more gritty offerings of the British New Wave and the 'angry young man' dramas.

The delightful Oscar nominated script was provided by MacKendrick's friend, surprisingly an American, William Rose, which makes the seemingly bizarre decision by the Coen Brothers to attempt a re-make in 2001 almost forgivable. Almost. Rose had a long and fruitful screen writing career, his credits include the British gem 'Genevieve' and the very American 'Guess Who's Coming to Dinner', tributes to his versatility. Alec Guinness managed to change with the times after the Ealing comedies fell into disfavour and moved in to epic and dramatic roles for many years to come, teaming up again with David Lean to the benefit of both men. Alexander MacKendrick, who had started his career in Scotland returned to America, where he was born, and made one of the definitive film noir's in the vibrant and trenchant 'Sweet Smell of Success'. MacKendrick soon found himself not cut out to make the kiond of Hollywood deals necessary to sustain a directing career and found a useful niche for himself as a teacher.

'The Ladykillers' exists as a near perfect document of the London post war period, where the ordinary, common people continue to face a shaky future with determination and fortitude. Hitler's bombs couldn't kill their spirit or their innate ability to laugh at themselves, a wonderful British trait, much in evidence in this seamless and charming entertainment. Wonderful at every level. 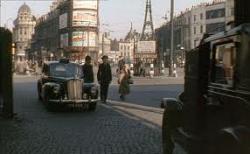 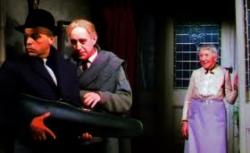 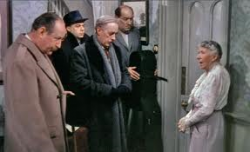 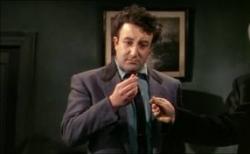