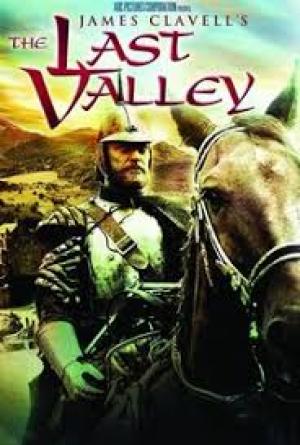 War and Peace in the Valley

'All stories have a beginning, a middle and an ending, and if they're any good, the ending is a beginning.'
~ James Clavell

James Clavell was an Australian author who progressed from writing screenplays to directing, scoring a major hit with To Sir, With Love in 1967 and a misfire with Where’s Jack a couple of years later. He adapted a J. B. Pick novel about The Thirty Years War and cast major stars Michael Caine and Omar Sharif in the lead roles, about a small village in 17th Century Europe trying to survive the twin threats or plague and war. The film was beautifully shot by journeyman cinematographer John Wilcox and benefitted greatly from a superb and memorable score from maestro John Barry. The film did solid business but was oddly out of step in the era of The Godfather and the American Renaissance of the New Hollywood. Clavell rarely worked in film again and concentrated on writing epic books which were huge hits in Shogun and Taipan.

Vogel (Omar Sharif), an educated man and a teacher, is fleeing death and destruction as he stumbles into a peaceful, untouched valley in central Europe. He is soon joined by the Captain (Michael Caine) and his band of mercenaries, intent on the usual rape and plunder, until Vogel talks him into sparing the village and spending the winter there while the rest of Europe burns. The Captain agrees and then begins a dance of keeping the locals assuaged, the Mercenaries content, and the village safe. Vogel and The Captain spend time debating philosophy and avoiding the deathly plotting of Gruber (Nigel Davenport) the head of the village, who wishes to be rid of the teacher and the soldier.

In the age of Coronavirus, it’s fascinating to watch a story where death from a plague virus is a common threat and exacerbated by the fact there was a fierce religious war between Protestants and Catholics (read Democrats and Republicans) going on as well. Clavell lays out the arguments on both sides, the pacifist teacher and the world-weary soldier, set against the backdrop of ordinary people attempting to survive in a shifting, uncertain world. The Priest (Per Oscarsson) objects when The Captain wants to move the holy shine outside the village because ‘It points like a finger to our location’ and the villagers are convinced they have been spared from harm because of it. The Captain relocates it, icily pointing out that all the other villages that were plundered and pillaged had shrines too.

The village makes utilitarian compromise to keep the soldiers in check, including providing women for the use of the men, and The Captain wins no favours from Gruber when he takes his woman, the darkly beautiful Erika (Florinda Bolkan) for himself. Erika plans to kill The Captain at the beginning, but soon she realises he is a misfit and kindred spirit, whereas her unhappiness with the traditional power structure has lured her into secret witchcraft and his into warfare. He knows as sure as she does, that God is dead, and his disgust with himself for betraying his army and hiding out means he will inevitably return to the fray. She is disgusted with herself for agreeing to Gruber’s poisonous plans, even as he plays dice with The Captain for her bed, and is inevitably caught in the act of witchcraft and burned to death.

Michael Caine gives one of his finest and most nuanced characterisations as The Captain, offering both openness and mystery at once, a testament to his utter command of the craft. He was one of the great international movie stars at the time and the role would have been one most American stars would have avoided given the superficial villainy of the part, concerned with their image and career. He turned a difficult character into a fully dimensional human and is the beating heart of the film. Omar Sharif was also in his pomp at the time of filming, and his decidedly wan screen persona (not always appropriately employed) proved an ideal fit for Vogel, and he manages to provide a fine foil for Caine. Florinda Bolkan is effective and touching in her support role and Nigel Davenport, Per Oscarsson and Brian Blessed (in a brief role) provide great support. Veteran American character actor Arthur O’Connell, so good in so many films, was miscast and less effective as a village elder.

Through all of the blood and thunder, lust and betrayal, Vogel is the observer - both inside the action and simultaneously outside of it too. He has his own weight of the past to carry, as does The Captain and Erika, the most sympathetic characters in the story. The Priest is seen as an opportunist and sells out his principle when he needs to, and the politician (Gruber) is also just as cynical, apt to dispose of anyone if they are no longer useful to his survival. Gods are invoked, but force of arms or rat cunning prove handier tools for clawing out an existence in medieval Europe. And so it goes.

The valley, of course, remains impassive and ever present, and Clavell creates and reinforces the notion that as passing and ephemeral as these human conflicts are, as these passing pandemics are, they are folly against the great backdrop of the natural world. Humans can conjure gods and make sacrifices to the devil, but nature has a way of having the last laugh at our nonsensical superstitions. 400 years on we don’t seem to have learned that lesson. The Last Valley is a little seen gem, a great reminder of Caine's utter commitment to his work and solid movie making with a timeless message of the folly of war and the duplicitousness of man. 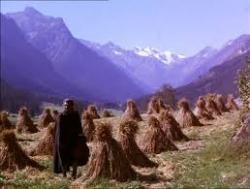 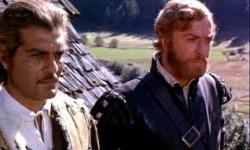 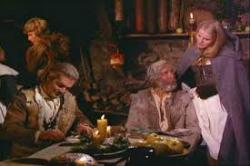 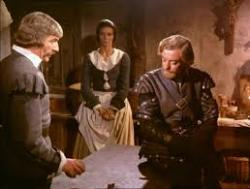 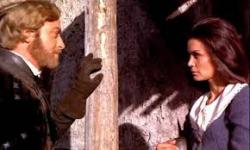