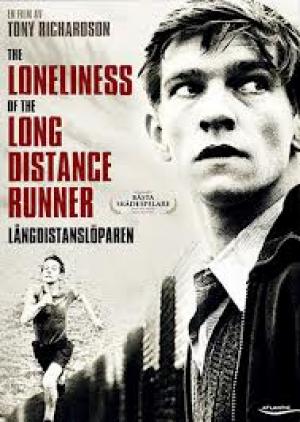 The Loneliness of the Long Distance Runner

The year was 1962 and the British New Wave was in full swing. However, to those in the critical establishment who felt the movement may have been on the verge of lapsing into parody or was running short of ideas, The Loneliness of the Long Distance Runner appeared and added a lyrical dimension to the searing realism of its antecedents and suggested that the Kitchen Sink dramas were far from ‘washed up’.

These low expectations weren’t without justification as the film brought together two doyens of the New Wave: Alan Sillitoe and Tony Richardson, who had previously championed the celebration, through film, of the working class. Nevertheless, the film was a radical departure in its poetic sensibility and the many ways it subverted the diegetic tropes of previous British social-realist films.

This distinctive, fresh feel was inordinately aided by the photography of Walter Lassally, who seamlessly merged together an expressionistic aesthetic with a vérité feel all too familiar to cinema audiences of the day. These seemingly incongruous tones were necessitated by the introversion of the film’s protagonist – Colin Smith (Tom Courtenay) who, unlike previous ‘angry young men’, internalised his rage and contumacity, but that’s not to say it wasn’t there:

On one level, the film is a straightforward delineation of Smith’s world of petty crime and vicarious thrills. Yet it’s also quite withering in its condemnation of the class prejudices at the heart of the boys’ penal system. This would be taken to its absolute zenith nearly two decades later in Scum (Alan Clarke).  Having said that, Scum is a clear attack on the violent dysfunction at the heart of borstals, whereas, Loneliness of the Long Distance Runner uses its canvas as more of an allegory for the class system in general. This is most memorably exemplified with a powerful rendering of the hymn Jerusalem―whose patriotic stirrings had been appropriated over time by the Left and Right ―counterpointed against a set of images of police and societal brutality, which appeared to evoke Britain’s inglorious, imperialist past.

Smith’s relationship with his reformatory governor (Michael Redgrave) is at the heart of the film’s emotional conflict. Initially frosty, it changes when Smith’s talent for running becomes apparent and the governor begins to nurture it. It is of no great surprise that the governor has an ulterior motive and his beneficence to Smith is as a result of his desire to beat a private school with which he has had a longstanding rivalry. And yet, like most of the major characters within this Movement, there are very few broad brush strokes and he (Redgrave) is not without humility and sympathy.

The denouement of the film is one of the most subversive in British Cinema history, with Courtenay deliberately throwing the race when in a position to win it. This act of rebellion, magnified by the most charismatic of smiles, inverted the triumphalist ending that audiences would have expected and may have contributed to the film’s lukewarm popular and critical reception. However, Courtenay’s rejection is not the nihilistic climax many have suggested. Indeed, it could be argued that Smith’s rejection is of the inequities of class mobility in favour of embracing his own. In this respect, he may be considered diametrically opposed to previous New Wave protagonists such as Joe Lampton or Arthur Seaton: his loneliness and introspection have created inside him a desire to remain, for better or worse, within the confines of his own class. In the post-Blair England of 2012, where ‘working class’ has become a term of opprobrium and the only worthwhile goal is to escape it, Richardson’s quiet masterpiece of a film feels more apposite than ever. 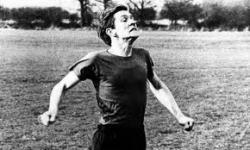 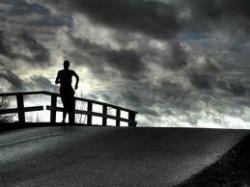