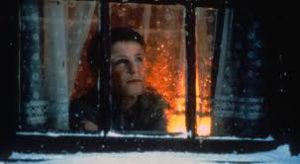 The Long Day Closes is Terence Davies’ homage to his childhood. It is arguably his most fully realised work and the film which, more than any other, makes the case for him being Britain’s most talented director.

The film is essentially a picture book of memories and fragments all fused together into a visual, aural, musical, lyrical, poetic decoupage. He attempts to recreate in minute detail the time of his early adolescence in 1950’s Liverpool. And the film, through a series of revealing vignettes, documents this pre-secondary school year. The preoccupation with such a seemingly arbitrary time suggests the older Davis reminiscing on his own innocence and the film’s plangent denouement indicates that this time was about to end – the ‘long day’ was indeed closing.

What elevates this personal nostalgia trip into something far greater is the sui generis style of Davis. His camera obsessively focusses on the minutiae of this world, roving into every nook and cranny. Although, this isn’t the eye of a documentarist, it is the eye of a dreamer. So, the world is depicted in bright, warm colours and fused to soundtrack that performs a kind of alchemy - transmogrifying ordinary images into something profound and transcendental.  A scene that exemplifies this is an extended shot of a prosaic carpet. During the scene the light changes from outside the off-screen window, creating a myriad of shadows and shapes upon the floor. When coupled with the non-diegetic music, it becomes a comment on the slow, inexorable, tragic passing of time. Davis appears to make us want to watch paint dry and then reduce us to tears whilst doing it!

He also uses contemporaneous cultural sounds – from films, TV, etc., inserted within the mise-en-scene, sometimes indiscernibly, to comment and occasionally reinforce a particular moment or sequence. This further deepens the level of immersion the viewer experiences with this 1950’s milieu.

Finally, Davis uses montage in an extremely creative way, challenging and questioning traditional institutions and shibboleths. His penultimate sequence is a perfect example, and there are many, of Davis’ capacious talent and his wholly original eye: as the young male protagonist playfully jumps onto a bar and begins to swing. The image then fades to a series of overhead shots beginning with a congregation supplicating themselves in church, which dissolves into a transfixed cinema audience; another dissolve moves the sequence to a classroom with children standing regimentally. Davies intentionally conflates these institutions while the soundtrack brilliantly utilises Debbie Reynolds’ Tammy, playing as a counterpoint to the imagery of the sequence and then reinforcing it.

The Long Day Closes is a modern day masterpiece from a truly original voice. It is a voice that celebrates the mundane, the quotidian, whilst using this raw material to sublimely create the extraordinary. 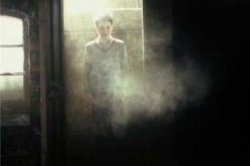 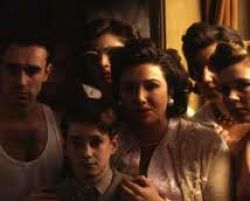 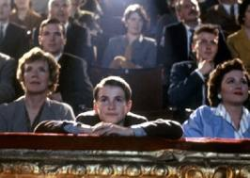