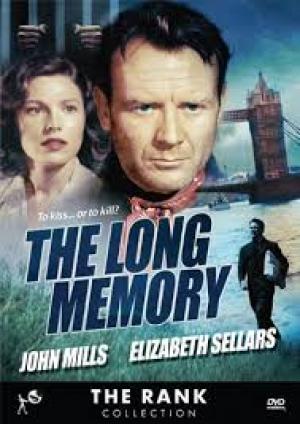 "It's flattering to make a picture which becomes a classic within 10 years; it's not so flattering, however, when people get the impression it's the only picture you've ever made. " ~ Robert Hamer

Robert Hamer’s career looks like a minor miracle from the distance of the early 21st century, creating as it did one fully fledged masterpiece (Kind Hearts and Coronets) and a handful of exceptional Brit-Noir’s in the 1940’s and 50’s. Hamer was something of a misfit both within the British film industry and the wider society and sadly drank himself to an early grave under personal pressures we can only guess at. What he left behind is a small but impressive body of work, and The Long Memory from 1953 deserves a place near the top of the list. Hamer used Harry Waxman to shoot the film, a cinematographer responsible for one of the seminal Brit-Noir’s, John Boulting’s Brighton Rock in 1948, and Hamer was able to give full vent to his visual flair and artistic eye. The story is one of most post-WWII English concerns, that of existing in a damaged, class riven society full of insiders and outsiders.

Philip (John Mills) leaves the city via Waterloo Station for North Kent and treks across the Thames estuary to find haven in a battered old shack near some disused river barges. He discourages the friendship offered by an elderly man who nevertheless offers the shack for Philip’s use. Amidst the tension and misery Philip has a flashback to an incident involving Fay (Elizabeth Sellars), a girl he was in love with, and an attempt to keep her away from her sea captain father’s criminal activities i.e. illegally smuggling people on his boat. Philip gets caught up in their plans, which go horribly wrong, and is falsely charged with murder - Fay and the others on the boat fail to come to his defence and he does 12 years in prison. Philip goes looking for and finds Pewsey, the stand-over man on the boat, and the punch-drunk simpleton soon tells the police he lied at the trial. Philip befriends a young European refugee, Ilse (Eva Bergh) who falls in love with him due to the kindness he shows her. Philip also tracks down Fay, intent on extracting a bitter revenge for the lost years she caused him, but Fay is a respectable wife and mother now, married to Bob (John McCallum), the policeman who prosecuted Philip all those years ago.

The Long Memory could have been a routine revenge programmer, having as it did all the elements required for a classic ‘wrong man’ melodrama, if not for Hamer’s superior eye and poetic flair. Hamer was a fan of French Poetic Realism, an extension of German Expressionism, and he reflected the same post-war sensibilities in the UK as his American peers did in Film Noir. The alienation and loss of certainty in old values is amplified by the dilemma of a false murder charge. What is different here between the US take on the shift in tone is the subtle class distinctions at play in the class obsessed English society, presaging the greater realism of the UK so-called kitchen sink drama era that evolved at the end of the decade. Philip is obviously from the middle class, his cricket jumper during the flashback is the subtle giveaway, and Kay is therefore a social climber trying to drag herself up from her father’s poverty bound criminal milieu. Philip finds Kay has succeeded in joining the middle class while he is mired amongst the poor and dispossessed of the waterfront.

The opening sequence could almost be a silent film, as Hamer sets up the environment and atmosphere with long shots of river marshes and old hulks, contrasting the lonely human trekking his way through the terrain, looking like he wants to be as remote from other humans as the surroundings will allow. Philip is in reduced circumstances and wants revenge for his lost years. Hamer contrasts the coldness of the middle-class life Kay now has, with the humanity and earthiness he finds in the company of Ilse, a girl who tells him, “Bad things have happened to me, but I’m not bad”. Ilse sees the potential for Philip to reconnect with his basic decency and renounce vengeance, an idea that eats away at Philip as he continues his vendetta. In other words, behaving well is not determined by your class or reduced/improved circumstances, and losing dignity is losing all.

Another dimension Hamer looks at is a surprisingly modern one, that of the role of the media salaciously reporting on scandals. Geoffrey Keen, as a reporter has a key exchange with his aggressive editor played nicely by Laurence Naismith, where the reporter baulks at helping to stir up a confrontation between Philip and Kay, “Can’t we leave this one alone, there’s plenty of misery in the world.” The editor puts on a reporter who does get involved in facilitating trouble, fulfilling the need for a story that is “something to read on a rainy day”, reducing the pain of the people caught in the media net to tabloid entertainment for tomorrow’s fish and chips wrappers.

Hamer’s cast is uniformly fine, Mills a stand-out as the conflicted Philip. He showed a range and depth in The Long Memory that he wasn’t particularly known for prior, given most of his characters had been not as layered and as dark as Philip. Elizabeth Sellars is touching as the stitched-up Kay who is afraid of losing everything, she spends most of the film like a frightened deer being stalked. John McCallum is solid as the dignified cop who realizes he should have known his wife knew more than she let on and Eva Bergh is lovely as the much put-upon refugee, naïve and worldly at the same time. The rest of the cast is littered with fine character actors that were the stock of every British production since the war, but the exchange between Thora Hird and Vida Hope as the two women vying for the punch-drunk fighter’s attention is delicious and memorable.

In The Long Memory Robert Hamer created a beautiful film redolent with the same flair and atmosphere as Port of Shadows, Marcel Carne’s magnificent gem of French Poetic Realism from the 1930’s, and the fact that it can be mentioned in that company is indication enough of its quality and of Hamer’s talent. It’s a massive pity that Hamer didn’t get to make more films like this, his drinking and misfit nature seemed to mitigate against him working consistently in the small, studio bound world of the British post war film industry. Maybe we should just be grateful he managed to make the fine films he did. 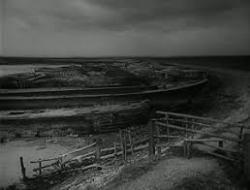 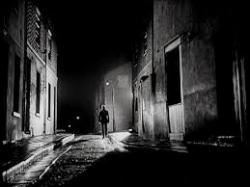 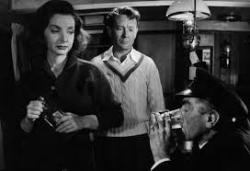 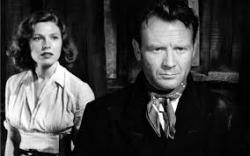 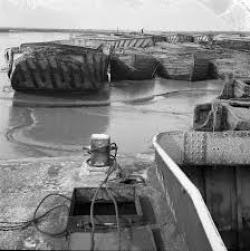 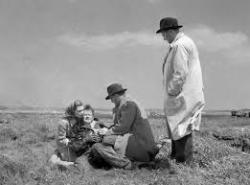