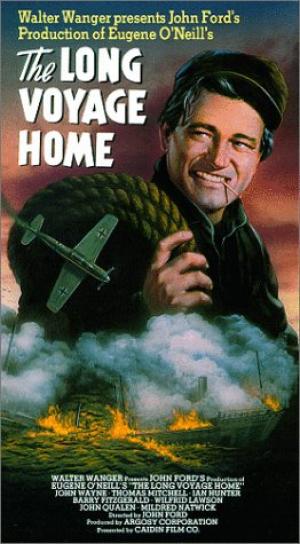 'Real art is basic emotion. If a scene is handled with simplicity - and I don't mean simple - it'll be good, and the public will know it.' ~ John Wayne

John Ford obviously taught a thing or two to every movie maker who was working in the 1930s and that includes the French movement collectively known as poetic realism, here he returns the compliment by creating an American poetic realist film as good as any Renoir or Carné made. The source material was a series of Eugene O’Neill one act plays, written between 1913 and 1917 but re-set amongst the sailors of the merchant navy at the start of WW2, joined together seamlessly by frequent Ford collaborator Dudley Nichols. Ford pulls in William Wyler’s go-to cinematographer Gregg Toland (their second film together, the first being The Grapes Of Wrath) to shoot it in glorious black and white, so well in fact that his next job saw him redefine modern film technique in Welles’ Citizen Kane. Ford was a seaman all his life and shortly after would go on to serve in the navy reserve with distinction, so his empathy for the sea and the men who sailed on it helped give an added authenticity and would be an indicator of what he would achieve with the masterful war film They Were Expendable a few years later.

The film opens in the steamy tropics, shots of native West Indian girls (‘working for the Yankee dollar’) giving the sexual come on to the ship-bound crew of the Glencairn. The frustration they feel is conveyed in sombre tones, adding a sense of melancholy to the proceedings, and we soon learn that one of the crew,Smitty (Ian Hunter), is stricken by something more, but we don’t yet know what. Sailor Driscoll (Thomas Mitchell), a scheming Irish blowhard, organises a shipboard party, supposedly dry but manages to have booze smuggled aboard, and the types of men in the crew are revealed to us here. The hard living Yank (Ward Bond), Cocky (Barry Fitzgerald) the thoughtful Irishman, the paternal Swede Axel (John Qualen) his younger friend Ole (John Wayne). Most of these were Ford regulars and the ensemble acting is solid and convincing. mention should be made of Wilfred Lawson who is superb as the Captain, a difficult and thankless role in the context of the film, but one that supports the ensemble piece in the best ways.

The introspective Smitty seems to want to drink to forget, Yank wants to party hard and Ole is forbidden to drink by Axel, who insists he must be the one among them to break the cycle of repeatedly signing up to the rust buckets’ endless trips and to ‘go home’ at last. Axel makes an impassioned plea declaring  ‘Ole has home, no one else has home’, and it’s clear that Ole is making the long voyage home not only for himself but symbolically for them all. The Glencairn takes on wartime ammunition for Britain to take across the Atlantic, making her a floating bomb, adding to the tension in the same way Clouzot’s Wages Of Fear will do a decade later. Smitty tries to flee the ship at port but is caught and brought back. A huge storm hits during the crossing and Yank is fatally injured, with his last breath he urges Ole not to sign up again, to ‘go home’. The burial at sea is handled in an unsentimental and matter of fact way, the Captain on his way back to work before the body hits the water, quite the contrast to how Ford usually placed importance on rituals such as this. The ship is sailing into a war zone with important cargo, the Captain had said to the men who were uneasy with the goods that ‘it will be missed, but we won’t’, and the pragmatic burial of Yank underscores this.

Ford also understands that the freedom the sea offers these men comes at a price, not only of a yearning for what they don’t have on land, the ‘home’ they paradoxically have rejected, but also the boredom of what to do with time on your hands in confined spaces. After reading about fifth columnists some of the sailors start to question Smitty's behaviour and construct a fevered spy scenario around him. They bail him up and force open his secret black box, thinking it must be sinister in some way. As Smitty is bound and gagged the men only find love letters from his wife which convey the reason for Smitty's heartache, the men retreat, shamed and humiliated by their actions. The ship comes under attack and Smitty is able to find some level of redemption in courage under fire, dying in the process. In a beautiful and poetic sequence the sailors watch Smitty's widow and children arrive to collect his belongings at the dock, sadly commenting ‘Smitty got home’.

The sailors collect their pay, and vow not to sign back on for the next voyage. They proceed to buy Ole his ticket home and, although trying to avoid the usual drinking binge pitfalls until they see him off, they lapse into their time honoured rituals. After being led to a clip joint by a tout who’s working to find likely types to press gang for the disreputable hulk Amindra, the boys get rolling drunk and while Ole is set-up up by a prostitute Freda (Mildred Natwick) his drink is spiked and, groggy from the Micky Finn he’s dragged off towards the Amindra. The boys twig to what’s happened and board the Amindra before she sails and fight the crew, helping Ole off before she sails. Driscoll is knocked out and gets left behind, sailing with the Amindra, Ole gets to go and catch his ship home. The remains of the crew of the Glencairn sign back on, unable to break the cycle as Ole has and as they are casting off we see a newspaper with the headline ‘Amindra torpedoed, all hands lost’, forlornly floating on the harbour.

Eugene O’Neill was thrilled with the film, but although it was critically acclaimed it failed to do well at the box office. Toland's deep focus techniques and intricate lighting designs give the film a further poetry and scope, augmenting what is always found in the best of Fords work. John Wayne, who was no great star at this stage, is used effectively, bringing a grace and depth to the small but critical part of Ole, even managing to pull off a fair Swedish accent. Ford treats the men with sympathy, intuitively knowing that the longing for something they can’t have on land, is never entirely balanced by the ‘freedom’ they find at sea, where their ship is at once prison and liberator. The internal tension and sublimated restlessness is cast upon a roiling and eternal sea, the mystery and romance of which remains the siren call for men who can never truly go home. 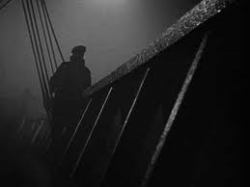 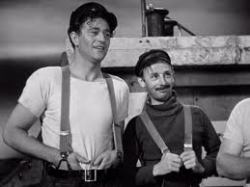 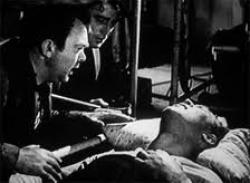 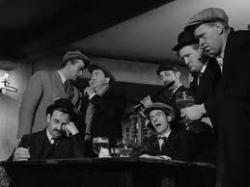 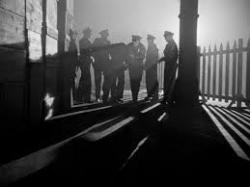 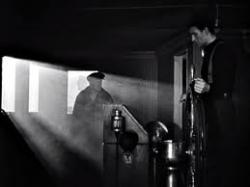