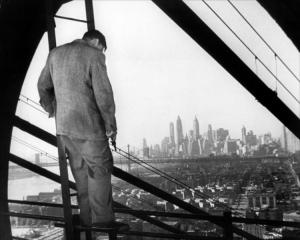 Jules Dassin's last film for Mark Hellinger saw him heavily influenced by the Italian Neo-realism movement and the immediacy and vibrancy that came from that approach. Dassin translated it directly to the streets of New York and fashioned a brilliant and compelling docu-noir, where movie star clichés are eschewed and a city of unglamorous working people going about their business becomes central to the storytelling. Hellinger was a Broadway legend as a columnist and show business figure, and he himself delivers the voice-over narration, leading to a much imitated device and also a long running TV show of the same name using his ingenious hook line 'There are 8 million stories in the Naked City, this has been one of them'.

Dassin was no fan of the Hollywood studio system, he had had a miserable experience at MGM under Louis B Mayer, but had served his apprenticeship and learned the craft, by amongst other things being the studio observer 'spy' on Hitchcock's Mr and Mrs Smith.  Dassin employed silent veteran and Garbo's favourite cameraman William Daniels to capture the atmosphere of the city, and he duly won the Academy Award for his excellent black and white cinematography which showed off New York in all it's light and darkness.

The murder of a young model is a mystery that has the police department stumped, and we follow the attentions of veteran Dan Muldoon (Barry Fitzgerald) and young tyro Jimmy Halloran (Don Taylor) in laboriously putting together the puzzle. This is a straight forward police procedural film, that gives us chapter and verse of dedicated and thankless investigative work. Dassin and screenwriter Albert Maltz seem to be saying that while sensational crimes like murder can be generally individually attributed, it takes a collective response and a lot of effort and resource to solve so complex a puzzle. Dassin shows the home life of young Jimmy, showing a healthy environment and an almost sexy suburban set up with his vibrant wife much at odds with the mundane and shrewish variant mostly in favour. The implications are that this is a life to run to, not to run away from, a lifestyle worth protecting of normal people, not Hollywood ciphers.

The villains of the piece are greedy and unable to put in the necessary effort to achive the kind of life that Jimmy has, they want everything but are not prepared to pay for it. The corrupt heart of the city is represented by Niles (Howard Duff) a venal and superficial man, and no match for the experience and wiles of Muldoon. Niles is 'movie star' good looking, and Muldoon looks like an old dog, and visually Dassin has underlined the theme of the film, that common good sense is preferable to artifice and gloss. Dassin shows the Park Ave rich set as vacuous and easily exploitable by sharks such as Niles, and unusually for a noir, there is no femme fatale to speak of, and no conflicted and tempted anti-hero to fall into her trap. This leaves the story to pay off in detailing the everyday aspect of the people and the  city itself. Dassin uses New York as a character as much as anything else, and the street scenes are ingeniously staged, with the incredible denouement on the Williamsburg Bridge a stunning highlight.

Hellinger died shortly after the film was completed, too soon at age 54 after a life of heavy drinking and his nascent production company with his friend Humphrey Bogart sadly died with him. Dassin and Maltz both fell victim to the HUAC instigated blacklist, both named as communists by fellow director Edward Dmytryk. Dmytryk and Matlz were both members of the Hollywood Ten, the 'unfriendly' witnesses who served gaol time for contempt of congress, and Dmytryk only resumed his career after he re-canted and 'named names'. Maltz was frozen out of work for decades and Dassin forced to relocate to Europe where he reinvented himself in France and Greece, after completing the marvelous Noir Night and the City for Fox in London.

Dassin's The Naked City is an unromantic shot of energy, a realist-noir that functions as a love letter to the city it's shot in and a cautionary tale of the true value of the commonplace, as against the easy luxury and escapism that Hollywood so often posited as the dream-desire destination of choice. 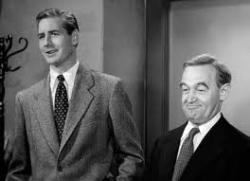 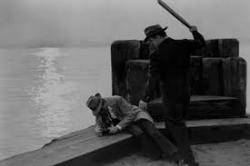 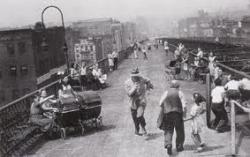 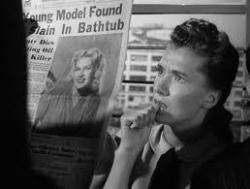 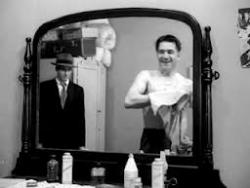