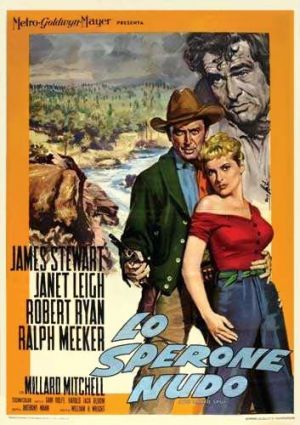 Anthony Mann went west to Hollywood from the New York theatre and got a start with Paramount assisting wunderkind writer-director Preston Sturges who encouraged him to get into directing. After a string of low budget efforts Mann made a reputation with several terrific noir's, primarily Raw Deal, T Men and Border Incident. It was perhaps natural that the western would attract him, the themes of moving from the east to the 'promised' land would have had deep resonance for him, and he spent most of his career post 1950 exploring the genre, mostly in partnership with actor James Stewart. The pair teamed up for a number on notable westerns, Bend Of The River, The Man from Laramie, The Far Country and Winchester '73 being the others, all fine examples of the genre.

Howard Kemp (Jimmy Stewart) gets the drop on Jesse Tate (Millard Mitchell) an old prospector, and tells him he's tracking an outlaw for murder, showing him a wanted poster offering $20 for his help. Tate assumes Kemp is a sheriff and agrees to help. They find the trail of the outlaw, but are repelled by a huge rockslide, and during a retreat they come across Anderson (Ralph Meeker), a discharged soldier, who brags of his exploits with the daughter of an Indian chief, but soon lines up to help the 'sheriff'. The trio have the outlaw trapped on high ground, and all 3 contribute to his capture. The outlaw is Ben Vandergroat (Robert Ryan) and he's traveling with Lina (Janet Leigh), a young woman who was the daughter of Ben's dead outlaw partner. Ben soon tells Tate and Anderson that 'Howie' is no sheriff, and that the reason he's tracking him is for a $5,000 reward, showing them the complete wanted poster, as Howard had torn the money section off his.

Howard has to agree to split the money three ways with his new partners, and the band sets off across Indian country to take Ben to justice. Ben soon realises that Anderson is a ladies man and that Lina's pretty face will be an asset to dividing the new partners while they make the week long journey. A party of Blackfeet Indians approaches, and Anderson is forced to run alone as it's him they want over his treatment of the chief's daughter. Anderson however stages an ambush, forcing the other's into helping him fight the Indians, with Howard being shot in the leg in the battle. Howard goes into a fever and Lina tends to him, bonding with him in the process, and discovering his motivation for wanting the reward money. Ben attempts an escape while Lina is distracting Howard, it fails but forces a wedge between the two as Howard had asked Lina to marry him and settle down. Ben goes to work on the old prospector, who falls for his stories of gold and sneaks off in the night with Lina and Ben. Howard and Anderson track the trio and the final showdown takes place on a rocky overhang by a raging river.

The nub of all the Mann-Stewart westerns is a man with a past he needs to come to terms with, and in this one Howard has lost his ranch due to the betrayal of the woman he loved. Howard is blinded by the money that will allow him to buy back his ranch and blot out the painful memory. Tate is amazed at one point about 'what one man will do to catch another', and then admits if it was gold he was chasing he'd think nothing of crazy risks, and eventually it's the lust for gold that is his undoing. Anderson is the lothario, irredeemable and full of bluster and braggadocio, "He's not a man, he's a sack of money" he screams at one point, and it's greed that undoes him. Only by rejecting that path can Howard find solace, and ironically the respect of, and a future with Lina. Stewart is excellent in this part, unlocking depths that most of his more measured roles only hinted at. The 'everyman' affable Joe parts that were his stock-in-trade are submerged under an edgy and driven portrayal of a tormented and conflicted man. This was a new kind of western man, one that is struggling to find meaning in a hostile and overwhelming landscape. Mann used the locations beautifully, having the contrast of the vast Colorado mountains add to the sense of redemptive possibility, 'surely freedom can be obtained if this beauty exists'? it seems to say. Ryan is great as the villain, reveling in the by-play and scheming, using every ruse as he unlocks each person's psychological weaknesses. Leigh is effective as the tender Lina, and Millard Mitchell, in his final film, and Ralph Meeker are both fine in their roles, in what is a brilliant ensemble effort.

In the tradition on Ford's Stagecoach a group of disparate people come together unexpectedly and work out their issues, with the internal dialogue taking equal weight with the physical journey in a difficult environment. In an era where certainties were being challenged the central question of this piece 'what's a man worth'?, in every respect, demands a probing and unflinching examination, and it's found in Stewart's brave portrait of a tortured soul. In a post-war climate the western could not be reduced to white hat vs black hat any more, the shades and nuances and moral shades of grey this new era demanded made for a deeper and more satisfying experience, one that Mann and Stewart were more than capable of providing. The Naked Spur is one of the great westerns, a classic to savour and worthy of the best of masters like Ford and Hawks. 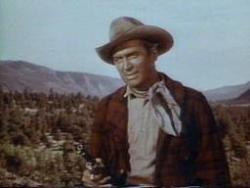 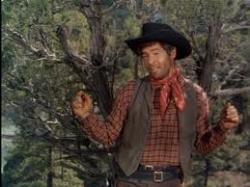 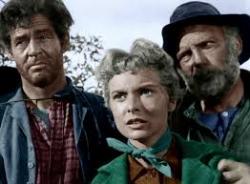 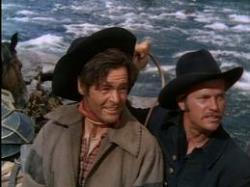 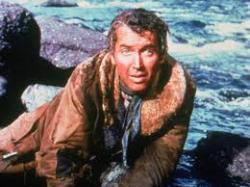