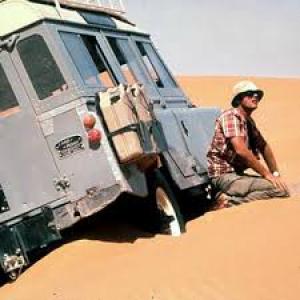 Michelangelo Antonioni struck a three picture deal with producer Carlo Ponti and The Passenger  was the last of the three to be completed, some nine years after the first, Blow-Up,  in 1966. Ponti enjoyed great acclaim and profits with Blow Up, but the second film Zabriskie Point  was a spectacular commercial and critical failure, and hopes were high for The Passenger  to recover the situation given Jack Nicholson, one of the hottest stars of the day, had signed to play the lead. Maria Schneider, fresh from her recent critical triumph (and personal nightmare) in Bertolucci’s Last Tango in Paris,  takes the smaller but pivotal role as the Girl, a companion on the journey for the man who burns his past. The Passenger  extended the reach of Antonioni’s existentialist cinema, brilliantly bringing together ideas of identity and meaning in a poetic and intriguing way.

David Locke (Jack Nicholson) is a reporter on assignment in Africa; he experiences frustration and anger as his quarry eludes him, a combination of deliberate design on their part, aided by the mystery and contradictions of the Dark Continent. Locke returns to his run down hotel only to find the other western guest, a Mr Robertson, has suddenly and unexpectedly died and Locke impulsively assumes the man’s identity and leaves. Locke’s wife and colleagues in London are informed of his death, but his wife decides she’d like to speak to Robertson who might have been the last person to see her husband alive. In the meantime Locke decides to keep appointments in Robertson’s diary, a man he knew little about, and ends up biting off more than he can chew. Locke encounters a mysterious Girl (Maria Schneider) in Spain, who helps him avoid his pursuers and joins him on the journey.

Antonioni gives us Locke as a man in existential crisis, bemoaning how he’s become a “creature of habit”  and how is forced to compromise his journalistic standards on a daily basis, “Those are the rules”, he explains. The Girl says she will only ask Locke one question, “What are you running away from”?  The film delivers no answers, Antonioni preferring to obliquely frame the journey and leave the elusive quest tantalisingly unexplained. Locke is discovered in the desert, lost and searching, a man so afraid of his own future that he opts to take someone else’s, so convinced he’s in a predictable rut as David he’ll swap it in for the unknown fate of Robertson, “I used to be somebody else, but I traded him in”,  he explains to the girl. The Girl acts as a de-facto observer, in the same way as the audience does, and her remoteness serves to disguise the level of complicity in the narrative she may or may not engender.

Locke is a man whose profession has him examining the minutiae of war and hate, writing and filming a documentary on war lords and crooked politicians in post colonial Africa, but Locke fails to examine the war within himself. Rather than confront or resolve those inner conflicts, Locke chooses flight, effectively choosing one lie in preference to another. It is the failure to live an ‘authentic’ life that fuels the core of Locke’s dilemma, unable to connect to his gorgeous and intelligent wife or to a job that most people would covert. Antonioni subtly hints at the conflict within via a political subtext, the right leaning protagonists, like the despots of Africa, preferring order (i.e. “rules”) as opposed to chaos, the left proposing that change will lead to a better future. Locke attempts to find a better future by abandoning his past, following an instinct or intuition and continued that track when fronted by the mysterious Girl, a romantic figure seemingly beyond rules. Locke rationalises his actions when challenged by the Girl, “People disappeareveryday”,  he says obliquely, “Every time they leave the room”.

The Passenger  is virtually Antonioni’s companion piece for its predecessor Blow-Up,  as both films deal with the key protagonists ‘quest as puzzle’ journey, one that maddeningly eludes their application of logic at every turn. In an existentialist sense the world cannot be defined by the application of reason alone, humans being hard wired to yearn for the mystical and ineffable, for the transcendent, and this idea subliminally informs Locke’s quest. If the great existentialist question is “why not commit suicide”?  Antonioni examines it with a man who in effect has already done so, Locke has already died in a symbolic suicide. This reading of the film renders Antonioni’s decision to render Locke’s fate as an ironic one in light of the ending,  and the director explained his elaborate and justly famous final sequence thusly, “I just didn’t want to film the death scene”.  The final sequence merely enforces the idea that Locke has exchanged one set of  bars for another.

In pondering the responsibilities of cinema Antonioni said, “The greatest danger for anyone working in cinema is the extraordinary possibilities it offers for lying”.  Antonioni pushed this concept deliberately by providing ambiguity instead of didactic positions, a common feature of his work. Locke is a man ‘locked’ outside of his own life, suffering the frustrations of the observer rather than the engagement of the participant, his life becomes a lie within a lie. The technicalities of the shots involving an ‘in camera’ cut for the flashback with Robertson and the bravura movements for the final scene are also a ‘lie’, as Antonioni plays with time and space in order to add a layer of subtle unease to proceedings. Interestingly, The Passenger  was co-edited by Antonioni, effectively pulling off magic tricks with his camera moves and cutting, and who viewed actors as “moving space”,  according to actor Jack Nicholson, as the maestro continued to incorporate humans into spatial context as few others could.

When Nicholson came to make The Passenger  he was one of the most lauded actors in the business and one of the hottest stars, coming off the huge success of Polanski’s masterful Chinatown.  Nicholson was in some ways an atypical Antonioni actor, who favoured players with less charisma and star wattage, but he turns in one of his most memorable characterisations. Nicholson’s screen persona of quiet exasperation and bewilderment in the face of life’s struggle suits Antonioni’s air of disquiet and mild paranoia. Maria Schneider adds mystery and allure, and the impish actress suits the tone of the film perfectly, even if she was going through issues with substance abuse that affected the film’s schedule according to Nicholson.

The Passenger  is a hypnotic and masterful excursion into the realms of identity and meaning and represents the end of an 'international' cycle for Antonioni, who returned to the tones and concerns of his 1960’s Italian existentialist works. Antonioni, who began his film career as an assistant to Rosellini, a mid wife at the birth of Neo-realism, came to maturity at roughly the same time as Ingmar Bergman, the great father of modern existentialist cinema. Antionioni took the basic tenets of Bergman’s philosophical viewpoint and extended it in poetic and compelling ways, creating a mesmerising compendium of existentialist cinema and co-incidentally both giants of the form passed away on the same day, July 30, 2007. 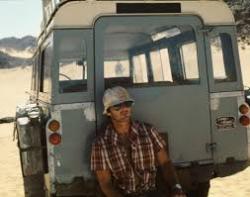 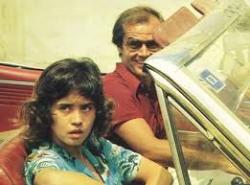