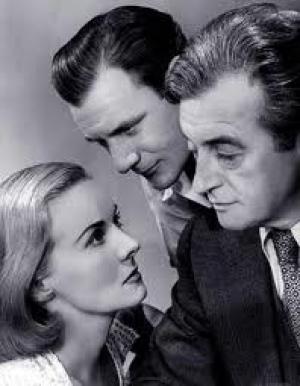 After his great successes with a pair of Charles Dicken's adaptations David Lean returned to the territory he'd explored in Brief Encounter  a few years earlier, with another story of a pair of ill-fated lovers, even employing Trevor Howard as one of his leads again. Lean had expanded his visual palette significantly in the interim, keeping the expressionistic hues and a somewhat detached camera perspective, which had the effect of making any close up's even more revealing, but favouring a bravura editing style that made the film the most 'tricksy' of his earlier films. Guy Green was his cinematographer, having risen from camera operator on earlier films like This Happy Breed  and In Which We Serve,  to DOP on the Dickens adaptations with Lean, and like Ronald Neame would become a director in his own right, a notable achievement being A Patch of Blue,  some years later. Together they create a poetic and moody atmosphere that supports the internal conflicts of the central protagonists.

The film takes on a 'european' flavour in it's approach to an illicit love affair between married people, i.e sophisticated, and the contrast to the British attitude to such continental considerations in the previous This Happy Breed  could not be more pronounced. The story is of middle class, rather than working class mores, but that doesn't fully explain the gap, as Britain was struggling, like the rest of the western world, to work out what post WWII morality looked like, given the certainties of previous generations had been largely blown away. The unlikely H.G. Wells wrote the story of the eternal love triangle that the film was adapted from, by Lean and Eric Ambler, in 1913 so the theme is obviously one that many generations must ponder for themselves. Lean cast his then wife Ann Todd as the central woman and Claude Rains, in his first film for Lean, was cast as the second man.

Mary (Ann Todd) is taking a holiday in Switzerland, she will bump into Stephen (Trevor Howard) her true love, whom years earlier and it will lead to complications with her husband Howard (Claude Rains). A flashback to 9 years earlier tells us that Mary and Stephen were madly in love with each other, but that Mary refused his proposal of love, insecure in her own mind as to the kind of marriage one with Stephen would represent. Stephen is a man of science and learning, who will rise to a Professorship at best, and tells Mary "then your life will be a failure", after she'd rejected the idea of marrying for love. Mary settles for life with rich Industrialist banker Howard, a man pragmatic enough to know romantic love with him and Mary was probably not achievable, but indicating he'd settle for "kindness and loyalty".  Howard tells the couple upon discovery of the adultery, "you two together are dangerous, romantic love brings too many unrealistic demands", telling them they've succumbed to a kind of "romantic hysteria".

Across several years and a couple of accidental meetings the pair keep each other in their lives, wondering if each other is happy. Lean sequences the dilemma with great perspicacity and tenderness, his ability to get convincing performances from his actors much in evidence.  Mary is seen head in hands, a shot that keeps her wedding ring in the frame as a reminder, when she fantasises about an unmarried Stephen, as a cable car takes her higher into the clouds, she looks across at Stephen and says, "You look like a ghost".  Indeed in many ways he is, but it's Mary who's made him so, and she realises her compromise has cost her something of her true self. Howard had told the lovers when he discovered them in a lie that, "you've convinced yourselves that a big enough lie is not a lie at all",  and Mary realises that she's been lying to herself as much as anyone all these years. The irony is what Howard reveals after he's demanded a divorce, "You made me hate and despise myself",  he says, knowing that he could not measure up to his 'enemy' in the romantic stakes, but the arch pragmatist was human after all, and he sadly intoned to Mary as she walked out, "I fell in love with you".

Rains is wonderful as the dour banker, (is there any other kind?) and he brings a level of weight that reveals a consummate actor, making the most of his devastating opportunities to equate the situation to a financial transaction. "Goodwill is diminishing"  he dictates to his secretary as he spies Mary once again with her old flame. He plays from calm, icy control as he offers a drink, "ice"?, to explosive rage when he discovers he's been cuckolded, plotting his strategy to keep the prize that is Mary. Ann Todd is marvelous as Mary, her characters fragile and edgy state of mind giving her ample range to display the depth of her talents, a veteran of film work since 1931, notably working with Hitchcock in his The Paradine Case.  Trevor Howard is fine in the thankless and less showy role of Stephen, but manages to convince in all the right ways. Lean's having made his first four films with Noel Coward obviously taught him a thing or two about actors and acting.

Lean's background as an editor was never better seen than in the intricate cutting and dissolves that reveal the layers of complexity in the relationships, and the fact that it plays out via, a 'flashback within a flashback' also adds a level of difficulty that he negotiates brilliantly. One assumes Lean was very 'hands on' with his editors, and in fact he edited his last film A Passage To India,  himself, returning to the skill that first made his name in the 1930's. Lean would evolve into larger scale films after The Passionate Friends,  dealing with bigger and wider themes in his epics of later years, but the charm of his 'smaller' and more intimate films should not be forgotten. 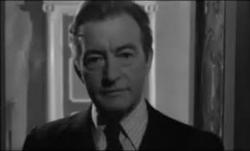 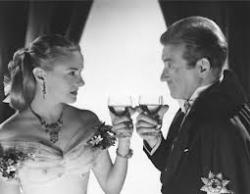 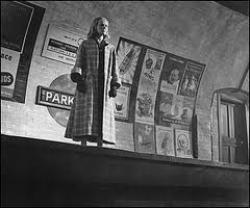