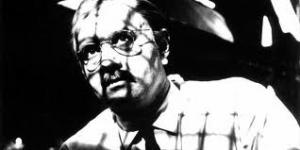 Ghost of a man, haunted by the holocaust

If ever a reminder is needed that American cinema produced visceral and challenging work prior to the much vaunted late '60's Hollywood Renaissance then look no further than Sidney Lumet's coruscating 'The Pawnbroker' from 1964. Lumet helmed a film as vibrant as any contemporary Nouvelle Vague production, with resonances and roots from Italian neo-realism and New York theatre. Lumet took over the project from journeyman director Arthur Hiller, best known for his Neil Simon adaptations, and kept lead actor Rod Steiger despite having deep misgivings about his suitability. Steiger, in turn, delivered one of the great performances of his long career in giving depth and believability to the Jewish holocaust survivor, Sol Nazerman, the pawnbroker in East Harlem.

Lumet opens with an idyllic family outing by a river, and gradually adds a darkening mood, until we're aware it's a flashback of a wartime incident, where Sol Nazerman and his family are captured by a group of Nazi's. Sol wakes from his slumber, dreaming from a 25-year gap and from the confines of the Long Island suburban home of his sister in law, worlds away from Europe and WWII. The titles run after this 7-minute suburban prologue, and we're heading into the urban cage of Manhattan, and to Sol's Spanish Harlem pawnshop on Park Avenue. Sol mutters through his interactions with the shop's customers with thinly disguised disgust, but his business 'acumen' is respected by his Latino assistant Jesus, (Jaime Sánchez) keen to learn the business wiles of the Jew. Sol treats Jesus with the same degree of contempt, causing Jesus to betray Sol by organising a robbery of the money Sol is holding for a local mob boss and owner of the Pawnshop.

'The Pawnbroker' was one of the first American films to confront the after effects of the holocaust. Many European Jews immigrated to the US after the war, and Sol represents their struggle to survive in a culture that both welcomes them "Give me your huddled masses", and demonises them as usurers and Christ killers. The name given to Sol's assistant is a symbolic nod to the baggage all Jews have been historically condemned to carry in a Christian centred context, and the fact that he dies in Sol's arms after taking a bullet for him, is no accident. Noticing the number tattooed on Sol's arm Jesus asks, "How do I join that club"? Sol replies, "You learn to walk on water". Sol then lectures Jesus on the burden of being God's 'chosen' people, Sol feeling that the 'great bearded legend' had deserted him long ago at the death camps. "I don't believe in God, art, science... I believe in money" is Sol's stark creed. Sol's 'nail in the hand' is his own symbolic crucifixion at the denouement, a subtle allusion to the 'fact' that the storybook Jesus was a Jew after all.

The emotional cage that Sol has meticulously built since the war is underscored by Lumet's keen eye, in the neatly delineated lots of the Long Island suburban wasteland, the actual cages within the shop, and in the symmetric apartment buildings in Manhattan. Sol is challenged by a socially conscious woman (Geraldine Fitzgerald) to break out of his numbness, but he can't find the means to return to the humanity he had prior to the war. She lives in a repressive emotional state and battles her own demons, but at least she is attempting to find a way out, Sol has given up trying. The self-loathing Sol feels is amplified by his discovery that the shop is a front for oily mobster Rodriguez (Brock Peters) to launder his profits from prostitution. Sol finds rage emotionally connects him to his life once more, but the return seems short lived as Rodriguez quashes his outburst, and Sol is forced into the same feeling of powerlessness he experienced under the Nazi camp regime.

The brilliant and layered characterisation at the heart of the film is it's towering strength. Rod Steiger was a veteran of New York theatre and mostly had supporting roles as a younger man, like Terry Malloy's brother Charlie in 'On The Waterfront', due no doubt to his less than movie star good looks. Steiger inhabits Nazerman like no other role, and the result is a startlingly honest and committed realisation of a man who is an emotional shell. Steiger was so proud of the work and of it's quality he was convinced it would deliver him his coveted Best Actor Oscar, so much so that he started to move towards the stage as the envelope was being opened, only to hear the name 'Lee Marvin' and stopping in his tracks. Steiger didn't have to wait long as the statuette was delivered to him a couple of years later for 'In The Heat Of The Night', but as usual it was broadly seen as making up for what should have been his with 'The Pawnbroker'.

Lumet wrote extensively on his desire to have an invisible directorial style and his collaborators commented on his distrust of anything 'artsy', and yet 'The Pawnbroker' successfully trots out many 'artsy' devices to great effect. The seeming contradictions may be linked to the 'auteur' theory and it's French roots, as this film was obviously influenced by what was happening in contemporary European cinema. The tones and mood recall Alain Renais best work, combining quick cutting and flashback to build a coherent emotional thread between past and present. Lumet's cinema is redolent with social concerns and the humanism and commonality of the urban experience, and 'The Pawnbroker' is no exception, depicting the mean streets of New York many years before Scorsese made them fashionable. 'The Pawnbroker', with it's gritty locatyion filming, and authentic lower class milieu meaningfully depicts the melting pot of Latino, Black, Jew and WASP as they all struggle to survive the urban jungle. Once seen, never forgotten. 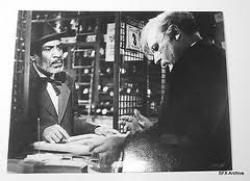 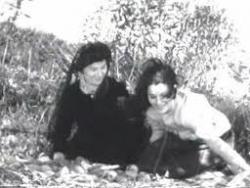 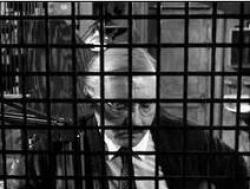 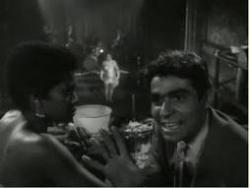 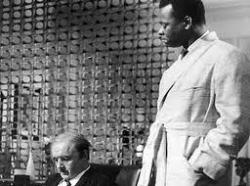