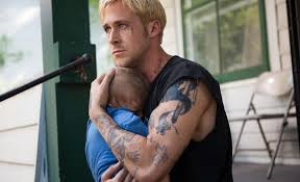 The Place Beyond The Pines

Derek Cianfrance directed one of the finest American films in recent memory with the intense and eviscerating ‘Blue Valentine’ in 2010 and his follow up film is another top shelf effort. ‘The Place beyond the Pines’, replicates his attention to extracting career best performances from an A-list cast, and like the previous film the narrative plays out across an extended time period. Ryan Gosling, possibly the alpha male actor of his generation, stars again for Cianfrance as the central criminal, and Bradley Cooper steps up to match him step for step as his bete noir cop.

Luke Glanton (Ryan Gosling) is a trick motorbike rider at a circus, used to being feted for his talent as he lives a self indulgent life, devoid of responsibility. Luke encounters Romina (Eva Mendes), a woman with whom he’d had a fling with during the previous carny tour of Schenectady, and accidentally finds out he has a young son. He decides to abandon the circus and stay and support his son, and try to win Romina from her new man. Luke gets a low paid job with Robin (Ben Mendelsohn) and chasing money he agrees to partner Robin in a series of bank robberies, “The greatest team sine Hall and Oates”. Avery Cross (Bradley Cooper) is a blue blood, law trained cop, who shoots it out with Luke after a robbery goes wrong. Avery’s life is never the same as he struggles with the fallout of the event. Avery has a young son the same age as Luke’s, and it’s on to these young men some 15 years later to which the story turns.

Cianfrance favours a triptych structure, dividing the focus between the criminal and the cop in the first two ‘parts’, and on the two sons in the third. The idea that the dividing line between criminal and cop is a thin one is not new, and to his credit Cianfrance does not romanticise the idea, so much as show how class divisions in America impact on the net result of criminality. In some ways America deludes itself it is a ‘classless’ society (Australia too for that matter), where everyone has the ability to achieve anything they set out to do, but Cianfrance subtly subverts this notion. Like every other western society, America has definite socio-economic divides that limit the potential outcomes for every individual. The facts remain that if you are born into a certain socio-economic ‘class’ the overwhelming chance is you will remain within that band. Luke is from the lower depths, externally marked by his cheap prison tattoo’s and destined to have limited options, despite his above average ability on his motor bike. Avery is born the son of a supreme court judge, a world of privilege awaits.

Cianfrance uses a docu-drama approach to his visuals, mixing up the look of each level of society, grainy and cheap for the circus scenes, and crisp and clear for the moneyed upper class world. The performances are low key and honest, no artifice or histrionics to be found, anchored by Ryan Gosling’s superb Luke. Gosling taps into reservoirs of emotion in scenes like his witnessing of his son’s christening, the perennial outsider in every way. Conversely, Avery is the ultimate insider, and his ability to manipulate the system points out the eternal adage, ‘one law for the rich and one for the poor’. Cianfrance uses a mirror technique when comparing situations of Luke and Avery, i.e. the opening following steadicam shot of Luke walking from his trailer to the show, and Avery returning to his Police station after he’d been shot. The two share a similar scene with Romina involving money, underlining the mirrored arc of their story, but their social positions help determine very different outcomes.

The word ‘Schenectady’ is derived from an old Mohawk word, roughly translated as ‘the place beyond the pines plains’, but it also serves as a metaphor for the place where you face the consequences of your actions. Avery is taken into ‘the pines’ twice, once by the odious and corrupt Deluca (Ray Liotta) and then by Jason, Luke’s son, and on both occasions he has to decide on how to deal with the fallout from various life decisions. Jason realises he needs to find a way out, a track that leads beyond the pines, and the final image of the film neatly ties up that conceptual trope.Schenectady itself is a classic Middle American town and area, a cross section of the classes that populate the country, and the perfect environment for the narrative to play out.

Criticism has been levelled at Cianfrance because of the perfunctory nature of the female roles here, but I contend this misses the point. Romina is a dimensional character, an independent woman who deals with the consequences of her fling with Luke in a responsible way. Avery’s wife, Jennifer (Rose Byrne) is more of a cipher, but given the way Avery uses people as disposable to his needs, that’s entirely appropriate, the inattention to his wife and son having resonance through his life. Of course, given Avery’s privileged position in society and his duplicitous ability to present one face to the public whilst driving a darker agenda, even a divorce or separation is no impediment to political success, no matter that his family life is a train wreck. Luke also conforms to his social prominence, struggling to live up to the ideal of the responsible parent, and falling back on his own “skill set”.

Cianfrance has shown himself to be the logical inheritor of some of the spirit of independence seen in the filmmakers of the American Renaissance in the 1970’s, and of the trailblazers like John Cassavettes and Stan Brakage. His films use big Hollywood names, but in an anti-Hollywood fashion, in that he eschews overt manipulation and stock scenarios. Cianfrance has marked himself as a director worth watching, and if he maintains the standard of this film and of ‘Blue Valentine’ he’ll be a name to reckon with for years to come. 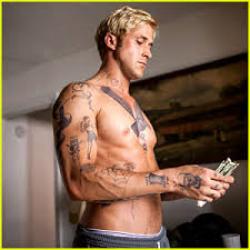 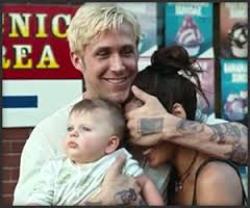 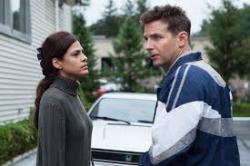 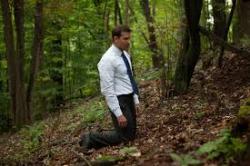 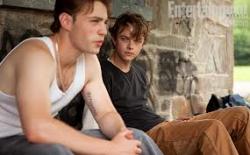