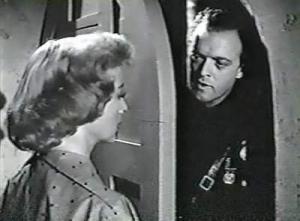 Joseph Losey’s magnificent noir-yet-not-noir, where the femme fatale is a scheming, vapid beat cop and the morally corrupted love interest is a suburban housewife with all the trapping of post-war consumerist America already in her lap. The Prowler inverts many established filmic tropes, written by blacklisted Dalton Trumbo under a pseudonym, he instilled a searing social comment piece with an almost surreal sensibility as the couple are sucked into the vortex of deceit and murder. Losey himself would be a celebrated victim of HUAC and like Jules Dassin soon ended up in Europe to continue his career, going on to establish himself as a significant force there, Hollywood’s loss. The film was produced by the larger-than-life, hustler and con-man figure of S P Eagle, (later Sam Spiegal) for his Horizon company, then hitting his stride as he was shortly to team with John Huston for The African Queen and win a Best Picture for Kazan’s On The Waterfront. He later produced two further Best Picture winners with David Lean directing. Spiegel’s partner in Horizon was John Huston, who gave his wife Evelyn Keyes the role of her life as Susan, compensation perhaps for the already crumbled marriage. Losey’s final subversion was to have Trumbo voice the DJ husband character, without credit, on the nightly radio show’s that Susan was commanded to listen to. "I’ll be seeing you Susan".

A pre-title sequence shows us Susan in the bathroom of her comfortable L.A. hacienda style house, she looks out her open window and screams, presumably at a pervert outside. Two patrol cops arrive Bud (John Maxwell), an older and kindly cop, and Webb (Van Heflin), all attitude and smarm, and right away Losey places him visually in the prowler’s place outside Susan’s window to signify the threat he represents. Webb also cases the property like he owns it, and recognises just how easy a target Susan is for a predator like himself. Webb wants all that Susan has, a nice house, respectability, something denied him because of ‘bad breaks’ as he calls it, and he also wants Susan. He manages to charm his way into the life of the vulnerable and lonely woman, feigning concern and returning to check up on her safety, Susan responds by inviting him over in the evenings, and in a bizarro scene of faux domesticity Webb replaces the absent husband John, who is only heard via the radio show that they tune into. Webb seduces Susan and, after a struggle, she submits to his attentions, craving human contact and a chance of another life outside the empty domesticity she has. Webb knows he can have Susan, but can’t have the lifestyle without her inheriting the $62k insurance money she’d receive on his death, as well as the house and possessions. He schemes to have her think he’s dropped out honourably, unable to offer her a decent level of support.

Susan believes she has lost this ‘true love’, but one night Webb fakes a prowler call that he himself answers, and lures John outside and shoots him, claiming a case of mistaken identity. Susan initially believes that Webb has murdered John out of jealousy, but refuses to incriminate him in a coroners inquest. Once off the hook Webb quits the police force and convinces Susan that it was just an accident after all. Susan deludes herself into believing it and the couple marry in a blaze of publicity ‘cop marries widow of man he killed’, scream the headlines. Webb uses the insurance money to buy a hotle near vegas for them to run, but the plan comes unstuck when Susan announces she’s 4 months pregnant, a fact that blows her cover story for him out of the water, as John was impotent and Webb was allegedly not around at the time. They decide to hole up in a ‘ghost’ town that Bud had told Webb about outside of Barstow, have the baby with no-one as witness and then return later saying they’d adopted a child. Complications in the delivery mean Webb has to bring in a doctor, who he plans to kill so they have no witness, but Susan finally realises Webb’s true nature and tips off the Doc who lets the police know, and they come looking for Webb.

The stylistic choices made by Losey elevate this property far beyond the pulp-ish scenario it promised. The cinematography by distinguished veteran Arthur Miller (Young Mr Lincoln , How Green Was My Valley, The Ox-Box Incident  et al,) was crisp and moody and lends an air of menace and sterility to the hacienda shoots and desolation in the ‘ghost’ town sequence. Heflin’s Webb is the fulcrum on which the premise turns, his All-American boy demeanour convinces Susan that there’s a chance her mad ambition will succeed, but underneath Heflin reveals a complete creep, able to conjure seduction, murder and intrigue and yet convince us these contradictory natures can exist in the one mind. Losey’s use of Heflin’s naturalism is a brilliant inversion of a movie star persona to serve the film. Evelyn Keyes is wonderful as Susan, she’s all nervous energy and frustration, convincing us that she’s just waiting for the right man to sweep her away from a sterile suburban existence, where she’s as much under lock and key as her husband’s other possessions. Webb picks the lock to her husbands safe with a pin he removes from Susan’s hair, and in 30 seconds Losey has shown us the film in microcosm, he picks the lock as if it’s a chastity belt, the safe springs open and Susan is his. while the two lover’s canoodle we hear Trumbo back-announce the song as ‘Stolen Fun’, and continues "remember, the cost of living is going down", a subtle barb that tells us that consumerism is an end in itself for this society, as if there is no cost to pay if it keeps going down, that soon everyone will have everything, the lie that consumerist societies are founded on. Bud alludes to it’s worth when he shows the good-natured version of Webb his rock collection, "fool’s gold"  he tells him when Webb’s eyes light up on a piece of pyrite.

Losey makes the most out of the incongruous final setting, the desert ‘ghost’ town of Calico. Webb has been the outsider all along, unable to integrate into the affluent strata he feels he rightfully belongs in, and here in this existential wasteland he is the seeming lord of his domain, with his Queen in tow and an heir on the way, but in effect he is the King of nothing. Susan finally shakes off her moral torpor, and is disgusted by what she’s enabled, she calls Webb on all his actions and in the end redeems herself partially by betraying him. She’d let the emptiness of her own life overwhelm her moral judgment, and society was complicit in the deal by providing a corrupt ‘pod-person’ of a cop to destroy her inner resolve, to let her rationalise a sell-out, one American dream for another darker one. Superficiality rules, ok? Trumbo and Losey are saying that the cost of living does have a cost, it’s not always "going down" despite the historically phenomenal consumerist frenzy that post-war America embarked on, and that the slippery hill that guys like Webb are prepared to climb, can also leave you sliding back down it with a bullet in your back. 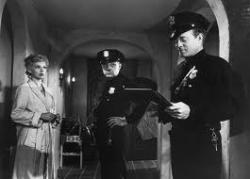 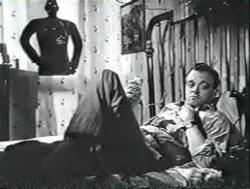 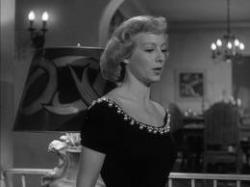 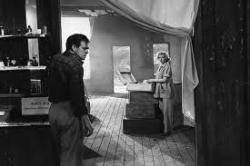 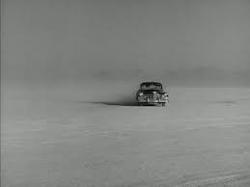 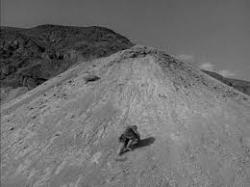